The Stars of Atacama - Tribes
Back
Latin America

The Stars of Atacama 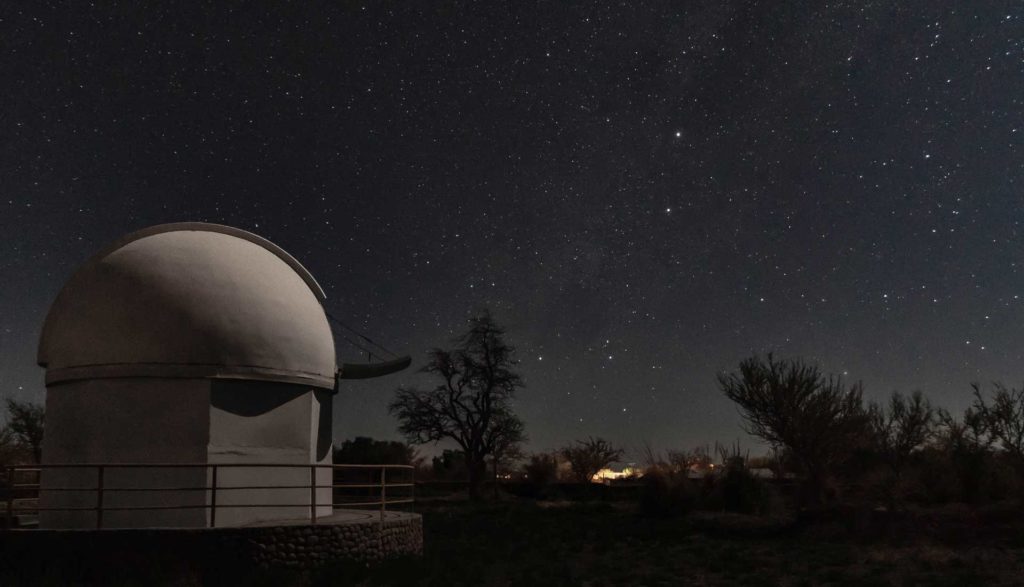 When my alarm went off at 3am, I found myself questioned my sanity as I forced myself out of the warmth of my cosy bed at Explora Atacama and stumbled around in the dark, gathering my camera and tripod before heading out. The Atacama Desert in the middle of the night is cold, dark and quiet. However, it only took a short walk away from the lights of the lodge and a few minutes for my eyes to adjust to the light to find what I was looking for. 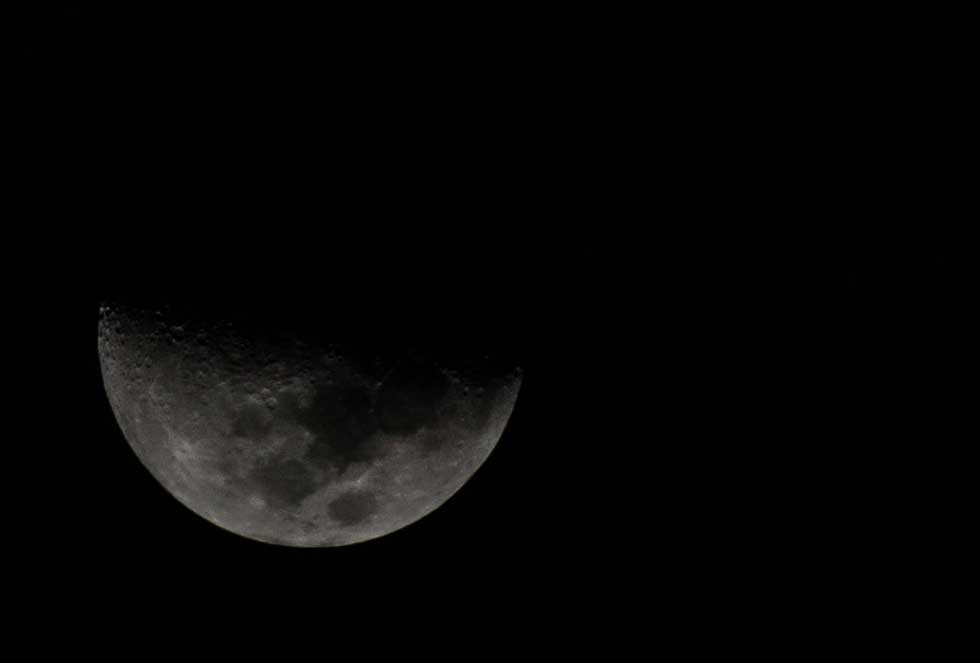 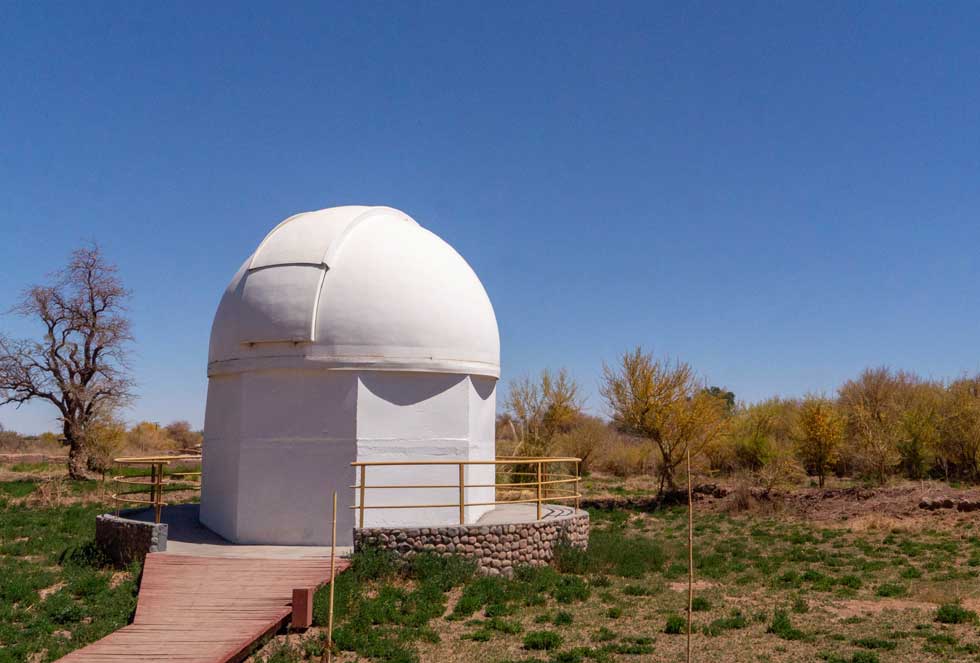 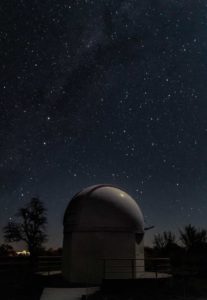 The Atacama Desert is known for many things. It is the driest place on the planet with a landscape like something from Mars, spectacular sunsets and a unique geology. It is a great place for taking a tour of the amazing scenery or getting out on a hike or horse ride. However, what I really wanted to see was not in the desert, but far, far away. At almost 2,500 metres (8,000 feet) above sea level, with few clouds and little light pollution, the Atacama desert is one of the best place in the world to see the stars.

There are several major observatories dotting the desert, and all the lodges offer star watching sessions. The night before I had been wowed by the sight of the rings of Saturn and tightly packed cluster of stars through the telescope at Explora Atacama. I really wanted to get my own photographs of the stars, but I had to wait for the moon to set to get the best views. Which is why I had set my alarm for 3am.

I had been lucky enough to have some photography lessons before heading off to Chile, and had done some research to work out the best way to photograph the stars. I had spoken to the guides at Explora, and during the day had found a nice quiet, dark spot on their extensive grounds. Now, I went back, set up my tripod and begin to take my photos.

The one thing I knew was that photographing the stars takes patience. To capture the dim light, a single shot can take a minute or more. What I really wanted to photograph was the movement of the stars which would need a lot longer. In the days of film, this would be a very tricky job requiring a single long exposure, but nowadays it is much easier to take hundreds of digital photographs and merge them into a single shot. After setting up the camera to point in what I hoped was the right direction, I left my camera snapping away automatically and headed back to bed. 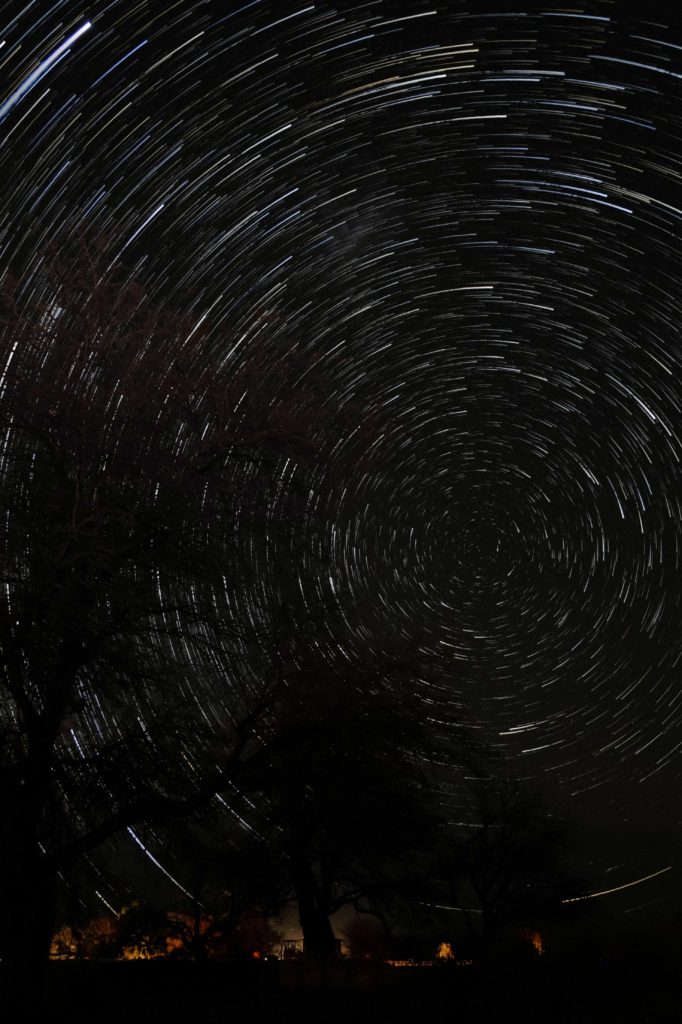 “In the days of film, this would be a very tricky job requiring a single long exposure, but nowadays it is much easier to take hundreds of digital photographs and merge them into a single shot.”

It felt strange abandoning my camera to the elements like that, and I thought I would have trouble getting back to sleep, but the beds at Explora are just too comfortable. An hour later, my alarm once more roused me from a deep sleep and I headed back out into the cold to recover my camera. It was still snapping away happily, unconcerned about the cold, but I wanted to get it back inside before the batteries ran out.

I had to wait until the following evening to check if I had been successful. Downloaded onto my laptop screen, each individual photograph did not really look like much. However, I had brought the software I needed with me and my laptop chugged away as it merged over a hundred photographs into a single image. As I watched, the image began to appear on my screen of a swirl of stars revolving around the desert sky.

You don’t need access to an ocean to be able to enjoy fabulous underwater landscapes and ‘wildlife’; you can discover a whole new world beneath the surface even in the middle of Africa or a land-locked part of Brazil.