The one thing that everyone knows about Chile is that it is a long, thin country. Before I went a representative from one the lodges I was visiting showed me a map of the country superimposed over a map of Europe, with the northern tip of Chile amongst the fjords of Scandinavia while the southern toe rested against the desert of North Africa. However, seeing it on the map is one thing. Experiencing it in person is quite another, as I found out travelling from Atacama to Patagonia in a day. 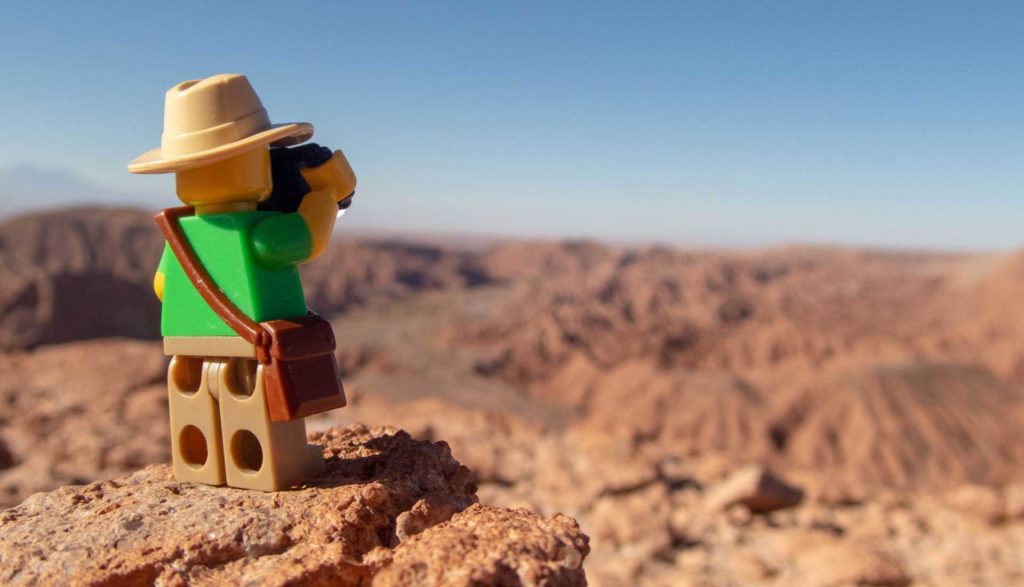 I was travelling in the middle of September, which is the start of spring in Chile. While the nights can be chilly in the Atacama Desert at this time of year, the days are pleasantly warm and sunny. With daytime temperatures hovering around 20°C (about 70°F) the weather was perfect for a hike. On my last morning in desert, I headed off with my guide to the Catarpe Valley, a few miles outside the town of San Pedro de Atacama to follow a route which followed the ridgeline overlooking the valley. On one side, the green valley was encircled by sunblasted red hills, backed by the distant snowcapped Andes. The other side of the ridge looked like something from the planet Mars. It was a typical cloudless Atacama day with no shade, and I slathered myself with sunscreen and donned my sunhat to protect myself from the high-altitude sunshine as I hiked along in my T-shirt. 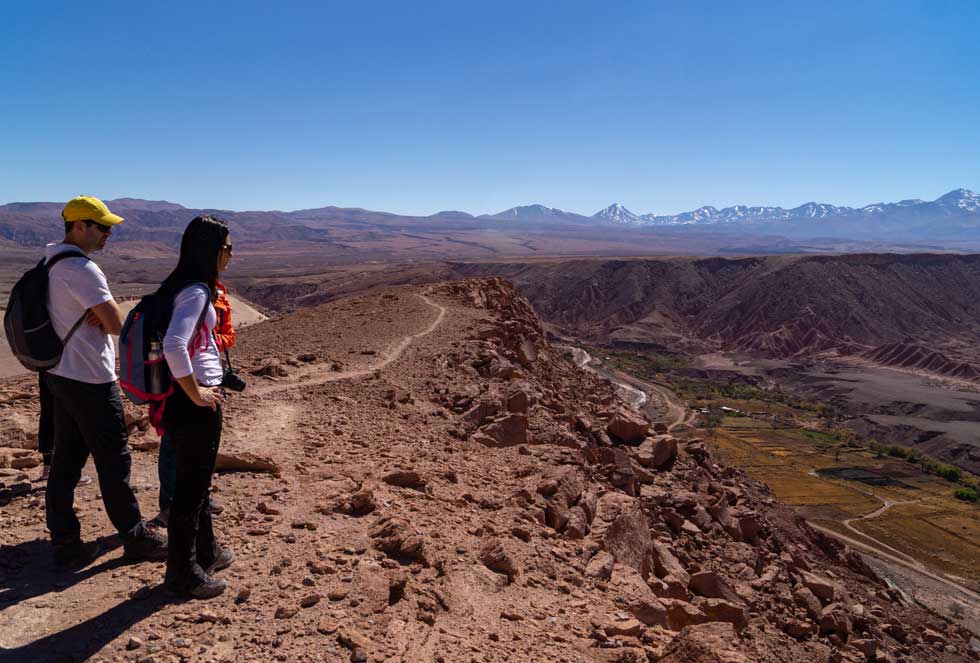 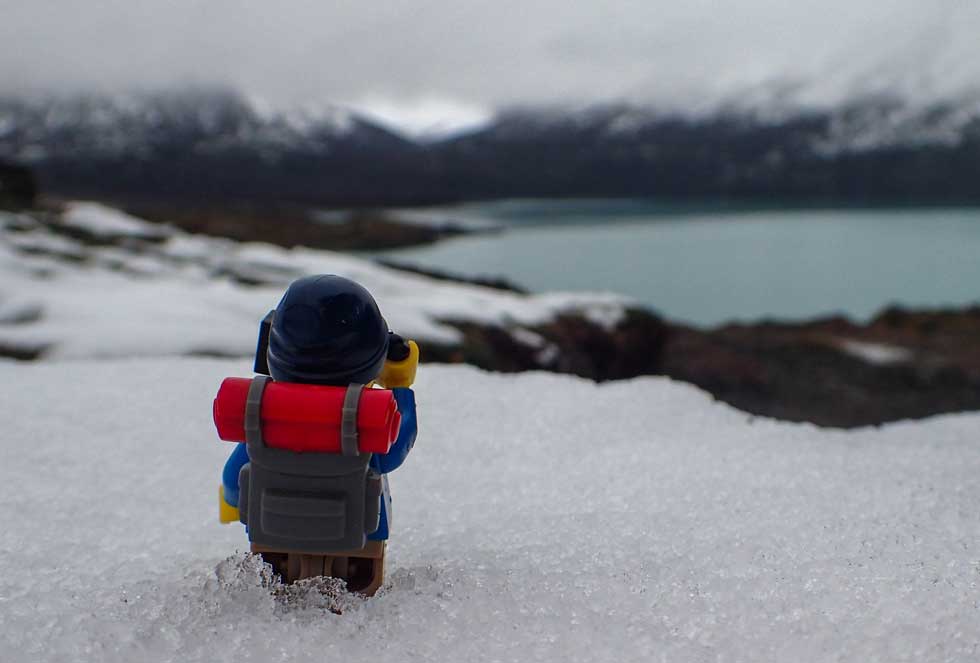 “I wasn’t ready for the snow” 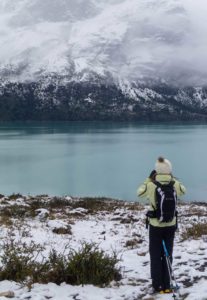 After a final lunch at my lodge it was time to begin my journey south, taking the evening flight from nearby Calama to Santiago with a night in a hotel next to the airport and then the early morning flight to Punta Arenas, the gateway to Patagonia at the southern tip of Chile. The sun was shining when I landed, but as I headed out to Torres del Paine National Park, the sky darkened and I passed through drifts of fresh snow.

I thought I was prepared for the weather and I wrapped up warm in a fleece jacket with a woolly hat and thick gloves for my afternoon hike along the shores of Lake Nordenskjold, quite a change of wardrobe from the previous day. However, I wasn’t ready for the snow. The previous night had seen what was probably been the last heavy snowfall of the winter, and the ground was covered with a thick layer of snow. Even during the day, the temperature hovered around freezing, and low clouds clung to the mountain slopes bringing a light patter of fresh snow. The scenery on my trek was incredible, but I felt I had earned my beer as I warmed up around the fireplace and watched the celebrations for Chile’s Independence Day in my lodge that evening.

From blazing desert to freezing snow in just one day. It was certainly the biggest shift in climate I’ve ever experienced in a single day, and there aren’t many countries which could offer such an incredible variety.

I didn’t really know a great deal about Chiloe before I went to Chile I knew it was the second largest island in South America and that there was a great hotel there, but what I didn’t know is just what a unique place it is, and how different if feels from the rest of Chile.

Brandishing a graphic, over-sized wooden phallus, a young man dressed rather like a pantomime clown gambols across the monastery’s courtyard.

For a once-in-a-lifetime experience why not consider a true ‘holiday on ice’? Antarctica is simply glorious - the largest wilderness on earth is untouched, awe-inspiring and about as far as you can get from a ‘run of the mill’ holiday destination.