Everything in Chile revolves around its capital, Santiago de Chile. With over seven million people, nearly half of country’s population live in the city, with many more in nearby towns and cities. As a visitor, there is no getting away from Santiago. It is the only international airport, and with its central location you are bound to have to pass through a few times. During my time in Chile, I had a short time to discover what there is to see and do in the city. 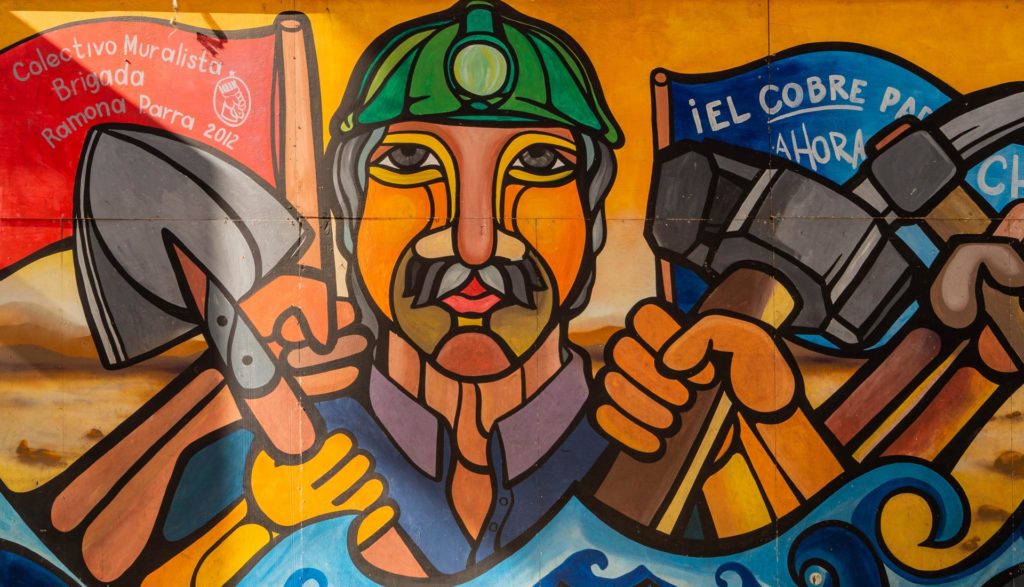 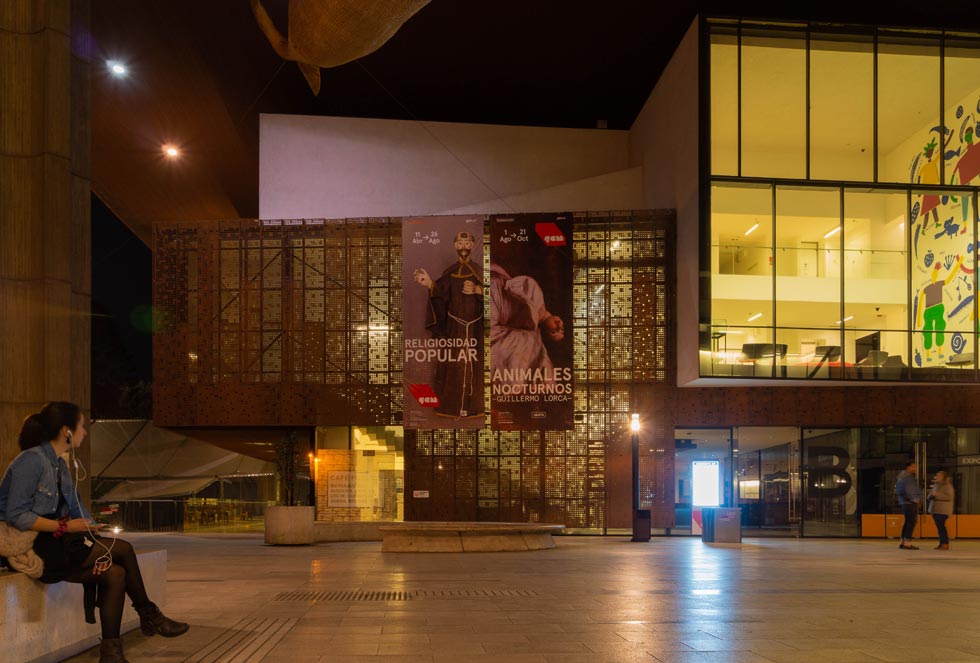 “So had arranged a tour of Santiago by bike” 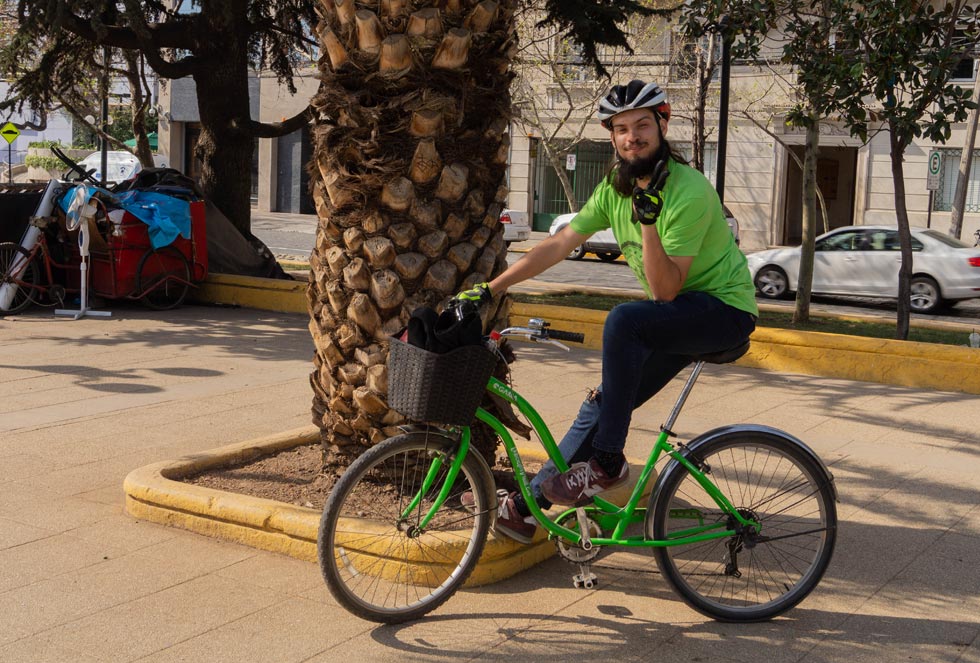 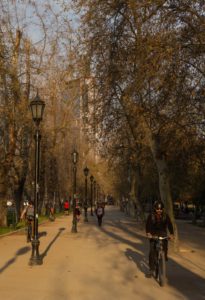 It is often said that Santiago is a good place to live, but not a great place to visit. An efficient metro means Santiago avoids the gridlock common elsewhere in South America, and with its strong and stable economy crime and corruption is uncommon. With its mix of 19th century architecture and modern high rises and its temperate climate, only the occasional glimpse of the distant snow-capped Andes reminds you are no longer in Europe. I wanted to get a little beneath the skin of the city to see what makes it different, so had arranged a tour of Santiago by bike. I’m a keen cyclist, but rarely get to ride in South America. However, Santiago is largely flat and with its good network of cycle lanes, there are plenty of other bikes on the road. With my young and enthusiastic guide Stefano, I set off on what was called the “Parks and Politics” tour to learn what makes Santiago tick. 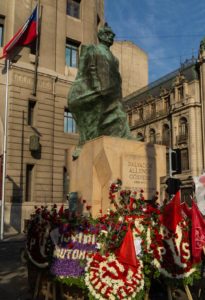 We started with an easy ride through Parque Florestal, which is a notable and much-loved feature of Santiago, running the length of the city along the course of an old river bed. My guide pointed out the many fine pavilions, museum and fountains, but what really stood out on a warm spring day was how busy the park was. As Stefano explained, most Chileans live with their family until they are in their late 20s, so the parks are one of the few places they can find privacy and young couples occupied the park benches and picnicked on the grass.

“My tour happened to coincide with the 45th anniversary of the day Pinochet took power, and so everyone in Santiago was talking politics.”

Locking up the bikes, we joined the students in the nearby GAM Cultural Centre. This massive modern building is a landmark of Santiago, but Stefano explained how its history reflected the chequered political history of Chile. Built by volunteer labour to act as a showcase of the country’s culture, it had been taken over by Pinochet’s secret police and later largely abandoned before before it was rebuilt and reclaimed by a new generation. My tour happened to coincide with the 45th anniversary of the day Pinochet took power, and so everyone in Santiago was talking politics. My tour concluded with a cycle into the centre of the city and the political heart of Chile, the Presidential Palace. 45 years early President Salvador Allende had made his farewell speech from inside as bombs fell and Pinochet’s soldiers advanced. Today, at the end of a peaceful sunny day I watched the crowds gathering outside the restored palace to lay flowers at the base of the former president’s statue and felt I understood the city a lot better.

Continuing from her last post We made our last transfer by private taxi back down the windy paths but this time in daylight.

Peru – Chachapoyas and the fortress of Kuelap

As we trudged the last few steps to summit the lofty ridge, Alfredo, my guide, noted casually that all a man needed here in Chachapoyas was a machete, Wellingtons and a horse.