I didn’t really know a great deal about Chiloe before I went to Chile. I knew it was the second largest island in South America and that there was a great hotel there, but what I didn’t know is just what a unique place it is, and how different if feels from the rest of Chile. 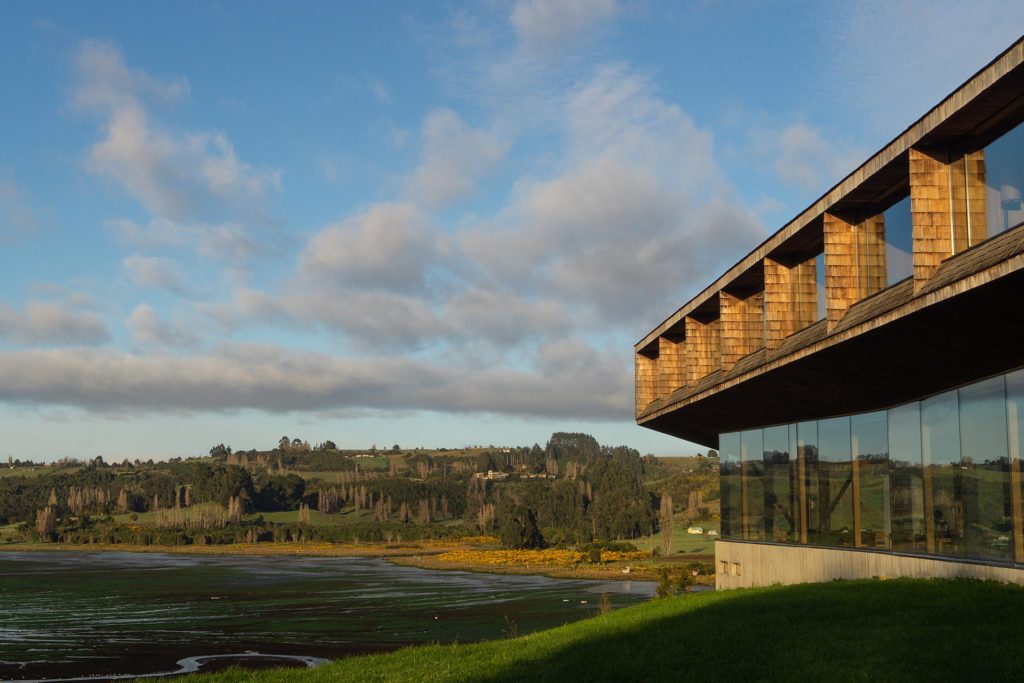 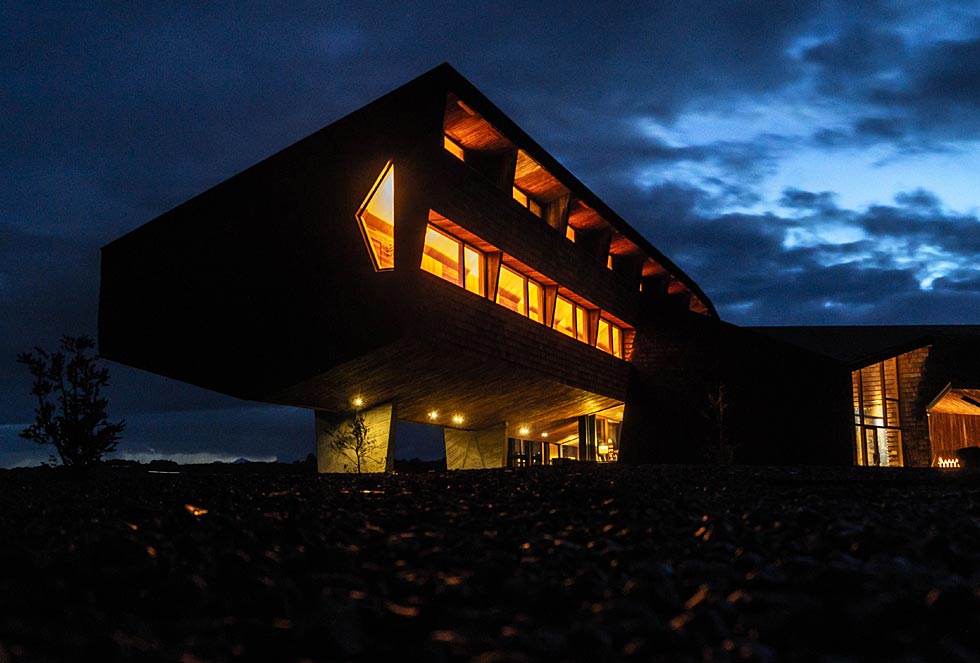 “There were even daffodils breaking though the grass, which seemed wrong in September” 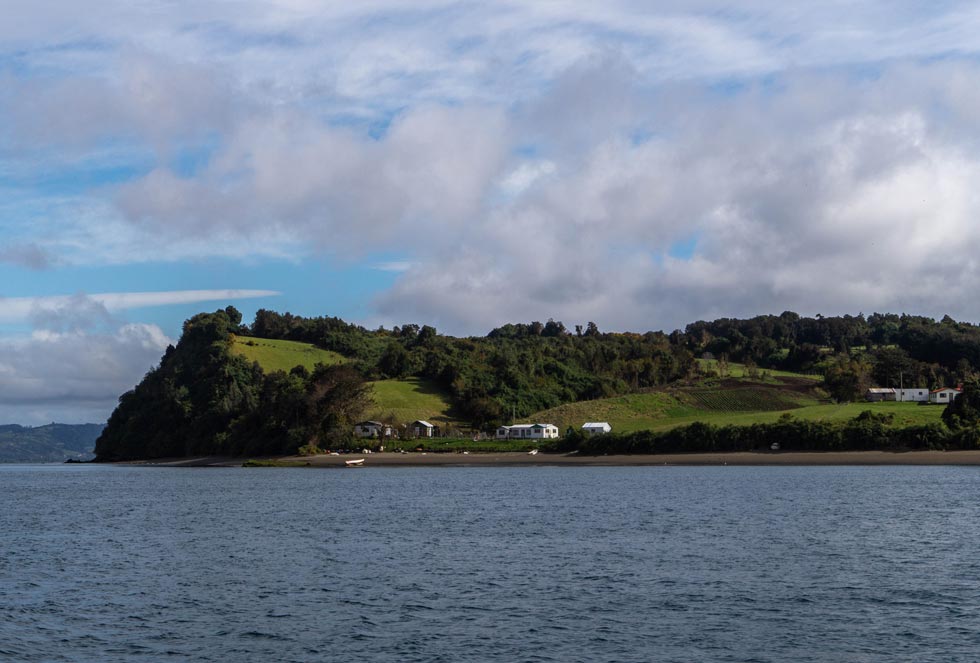 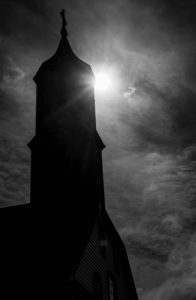 I was staying at Tierra Chiloe, which is one of the most impressive looking hotels I’ve ever stayed in. Many years ago I trained to be an architect, and was immediately struck by the harmonious blend of local materials and modern design principles. With its sharp angles and exposed concrete, the design is unrelentingly modern, yet it is clad in the wooden shingles which are commonplace on Chiloe and raised up on stilts like many traditional Chilote houses. Perched on a hill top, floor to ceiling sheets of glass take advantage of the impressive view out to sea. The attention to detail is carried through inside, with furnishings from traditional materials and artwork made by local craftsmen.

As I arrived at my hotel, the sun was shining, but a few minutes later the rain came down, bringing with it a dramatic rainbow, the first of many I saw on Chiloe. The west side of the island is exposed to the Pacific and swept by impressive storms, but a range of hills protects the eastern coast where almost all the population live and where Chiloe breaks up into an archipelago of small islands dotting a sheltered bay. The green rolling hills and unpredictable weather reminded me of Wales where I lived for several years. There were even daffodils breaking though the grass, which seemed wrong in September. 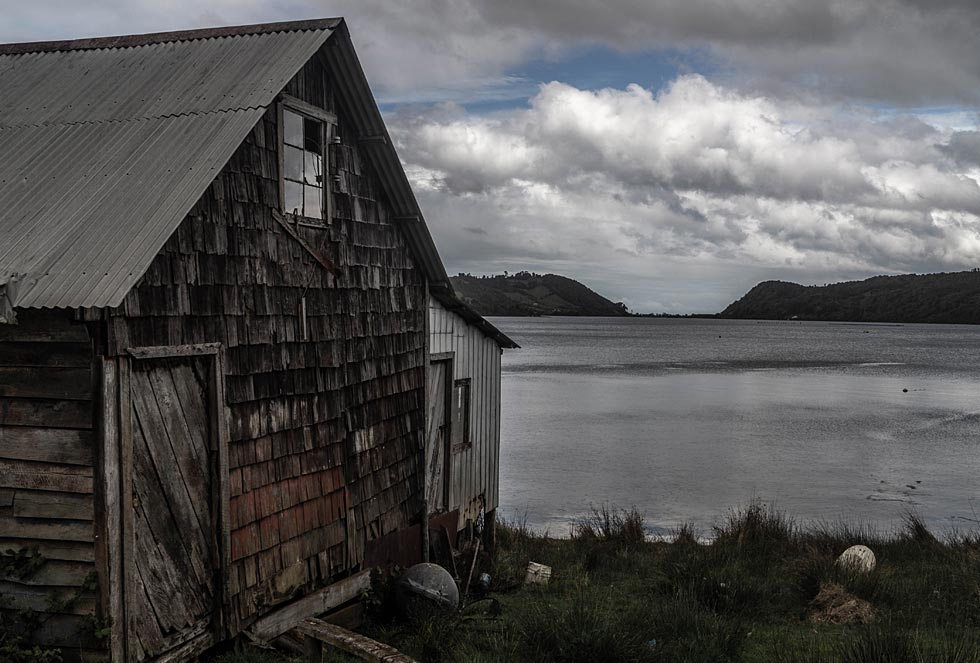 “It seems Chiloe is due to change, and it is worth experiencing it while it retains its isolation”

There was something of the Welsh atmosphere that carried on in the culture of Chiloe as well, with its people asserting their difference form the rest of the country and nurturing a unique culture. Chile is not really known for its indigenous communities. Much of the rugged country was largely uninhabited before the arrival of the Spanish, and the interaction between the Spanish settlers and the dominant Mapuche community in central Chile was not a harmonious one. However, on Chiloe the first arrivals were the Jesuit priests, who built the first churches and paved the way for a more peaceful settlement of the islands which mixed the Spanish and indigenous cultures. Today, the traditional wooden churches remain, many of them preserved as UNESCO World Heritage Sites, and the myths and traditions of the community remain strong. 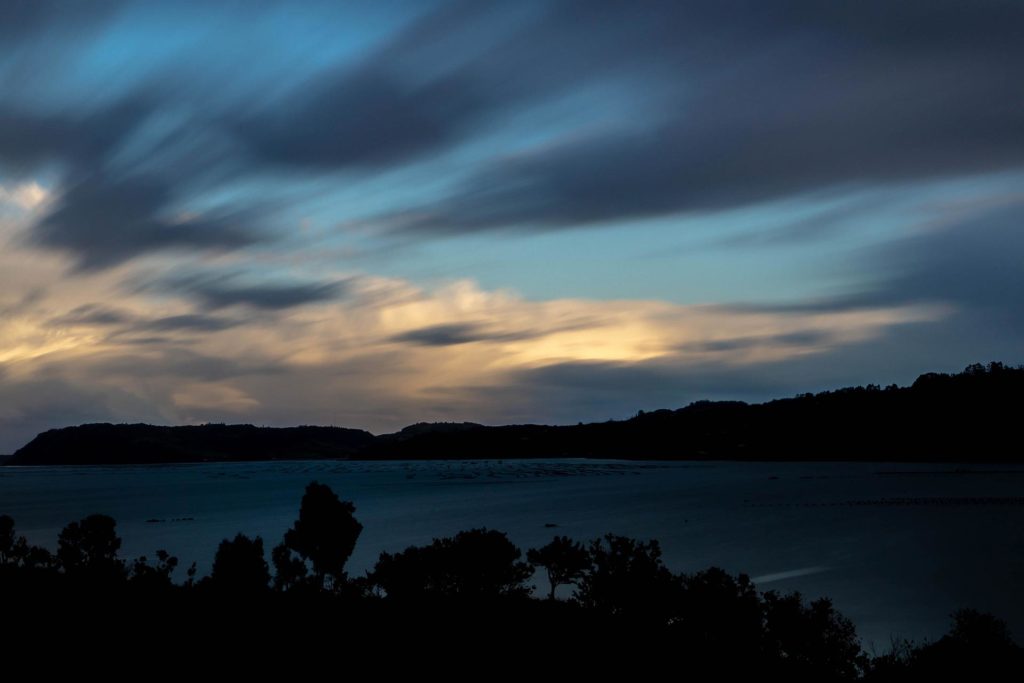 Everywhere I went on Chiloe my guides told me the local legends, which mix traditional indigenous and Spanish beliefs. Phantom ships are said to sail the Pacific, while mermaids patrol the beaches and demons inhabit the forests. On this isolated island, the sense of community is strong, with villagers helping each other and sharing resources and work. They even have their own word for it – minga. This can cover a variety of communal events, but which is most famously associated with the tradition of moving house, which can mean something completely different in Chiloe. When it is time to move house, the entire village works together to literally move the entire building to a new location, mounting it on wooden rollers and pulling it behind a team of oxen, or even floating it across the water to its new location. The tradition is not as common in the current generation, although I was told of a recent case where a house was moved to prevent it from being seized by the banks!

At the moment, the ferry from Puerto Montt is the only way to reach Chiloe, but a bridge from the mainland is due to be completed in the next few years. Like many such projects, the bridge is being greeted by the people of the island with a mixture of hopefulness for the prosperity it may bring and trepidation for the threats it could bring to the unique environment and community. It seems Chiloe is due to change, and it is worth experiencing it while it retains its isolation.

We've just heard the most amazing tale from our friends at Norman Carr Safaris in Zambia  Christina tells the tale .

Quito is not a place on the wish list of most travellers but as gateway to the Galapagos Islands, it's an opportunity to see a little of Ecuador.