I’ve been enjoying some wonderful star spotting of late. Not the celebratory version (there aren’t many of those in my small Suffolk village), but the celestial sort. We’ve had some beautifully clear skies recently, with hundreds of stars. Not to be outdone the planets are putting on a fine show and the moon is muscling in, too.

5th March saw the smallest full moon of the year (he’s a long way away), and on 20th March there’s a solar eclipse. This is also the date of the equinox, marking the passage of the seasons – with the northern hemisphere heading into spring, and the southern heralding autumn. The coincidence of the eclipse and equinox is unusual. The next one won’t be till 2034, and BBC2 is marking the event with ‘Stargazing Live’ programmes from Jodrell Bank on Wednesday, Thursday and Friday.

I’ve been fascinated by the stars and planets since I was young, and it still blows my mind – just how far away the stars are, not to mention the galaxies, the white giants and red dwarfs, and the sheer scale of it at all. Can you even imagine how long ago 13.8 billion years was? That’s how old the universe is, apparently.

Whilst I’m relatively lucky with the largely unpolluted night skies of rural East Anglia, there are some truly fabulous star gazing locations around the globe. Here are a few.

The Kalahari Desert with its sweeping vistas, huge skies and lack of light pollution is ideal for star gazing. Darkness falls quickly and you’re still sipping your sundowner drink when you realise you’re  beneath a star-filled hemisphere. It’s so perfect it almost feels unreal, a giant planetarium. 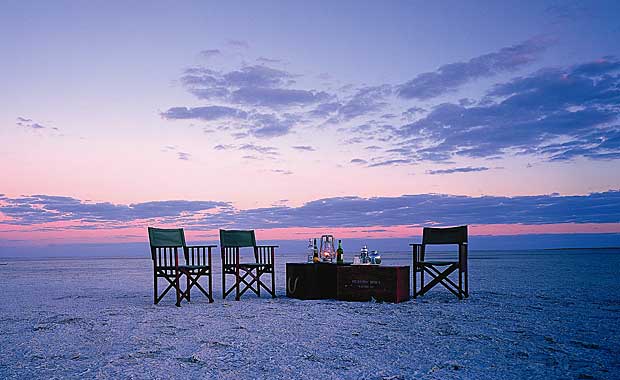 In the mountains you feel further from humanity and closer to the heavens. It’s not surprising that they are often regarded as spiritual places. You may not be feeling all that spiritual when you set off around midnight for the final push to Uhuru Peak on Kilimanjaro, but as you pause for breath you can draw inspiration from the myriad sparkling stars, and the sunrise will be dazzling. 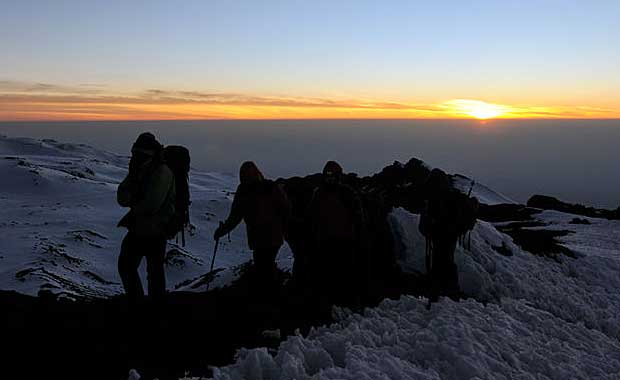 The Okavango Delta is a famous wildlife destination, but has the requisite clear skies to satisfy the keenest astronomer. At Baines Camp you can lie on a star bed or luxuriate in a star bath, both aptly named, as they are positioned for optimum views of the heavens.

Duma Tau in the Linyanti is another Botswana safari destination. But once the sun’s gone down, sitting by the camp fire, you’ll see the stars start to emerge, faint at first then brighter, in the ever-darkening skies. It’s an enthralling display. 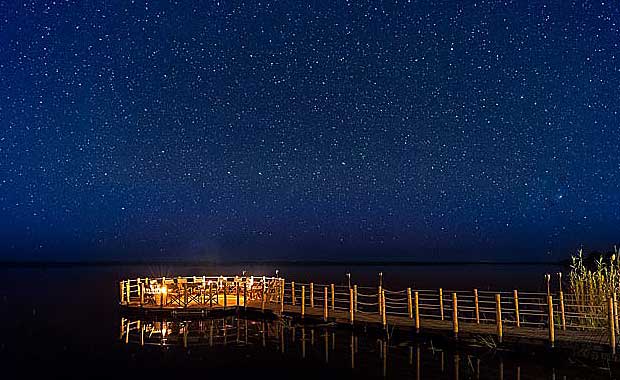 Water – reflections and water trails always add an interesting dimension to nightscapes. Whether you’re by the ocean, on the banks of a river or on the shores of a lake, these scenes are breath-taking. At Chhatra Sagar, a tented lodge atop a dam in rural Rajasthan, you’ll be served drinks and dinner in the open air, perfect for star gazing. 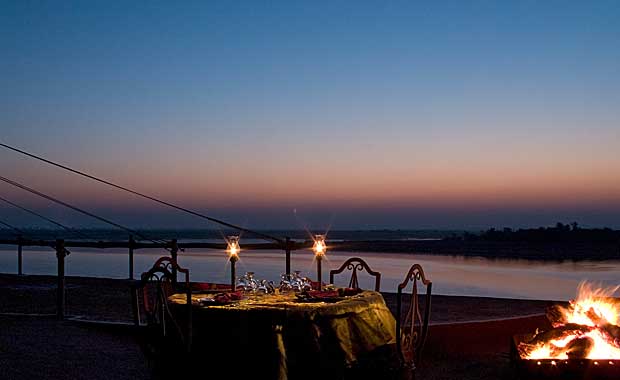 Nkwichi is a small lodge on the Mozambique shores of Lake Malawi. By day you can go sailing and kayaking, and at night you’ll have the chance to sleep in one of our favourite star beds. Named the ‘Lake of Stars’, it is set a discreet distance from the lodge by the lake’s edge, under the endless skies.

Wherever you are, when you get a clear night why not set aside a few minutes to go outdoors and simply gaze up at the sky, and think how amazing it all is…

I have no doubt that most travellers who visit wildlife reserves and parks want to ensure that their visit does not cause any negatives impact to the environment or wildlife.