10 days from £2295pp plus international flights.

The Moche, the Chimú, the Lambayeque and the Chachapoyas all pre-dated the Incas and each had their own rich cultures in Peru's Highlands and Pacific coastal plain. As archaeologists explore Moche, Chimú and Lambayeque adobe cities and the Chachapoyan stone fortress Kuélap, more and more is being learned about these civilisations. This trip takes you to key archaeological sites and purpose-built museums, and also includes private tours of some of the major sites in Lima.

As well as the remarkable archaeological and historical delights you'll visit the ocean-front town of Huanchaco. This is renowned for fishing and surfing and for the way the local fishermen combine the two, riding the waves on traditional reed boats called caballitos ('little horses'). Not surprisingly, there are some great seafood restaurants here!

You'll travel by road from the Pacific coast to the valley of the River Marañón and on to cloud-topped Andean peaks and the 771m tall two-drop Gocta Falls. More than twice the height of the Eiffel Tower, Gocta only became known to the western world in 2005. This is a stunning region, with some 23 waterfalls in total and an incredible richness of wildlife, birdlife, butterflies and flora.

Throughout the trip you'll stay in great hotels, including a trendy luxury boutique hotel in a 1920s mansion in Lima's chic Barranco district, an elegant hotel in a colonial mansion on the Plaza de Armas in Trujillo and a spectacularly-located countryside lodge with amazing views of the Gocta Falls. 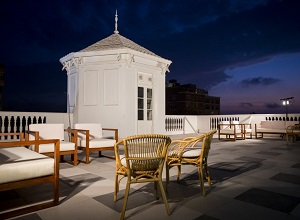 You’ll be met on arrival at Lima airport and driven the 40 minutes to the Casa República Hotel in Barranco. Barranco is very chic; once the weekend retreat for the city’s wealthy residents, it is now the artistic quarter of Lima, full of galleries, restaurants and bars. Admire the beautifully-converted 1920s mansion that is your hotel and relax after your flight. 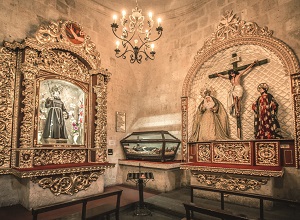 This morning you can take it easy and wander around Barranco at your own pace. This afternoon your guide will collect you and take you on a tour of the baroque colonial San Francisco church and its monastery, library and catacombs. Then you’ll head to the Huaca Pucllana in Miraflores, a statuesque adobe-brick pyramid and ceremonial complex built by the Lima culture between 200 and 800 AD. Next, you will be driven to the airport for the one-hour flight north to Trujillo. You’ll be met in Trujillo and transferred to your hotel, the Wyndham Costa del Sol Trujillo. This handsome colonial mansion is in a superb location on the Plaza de Armas.  Breakfast 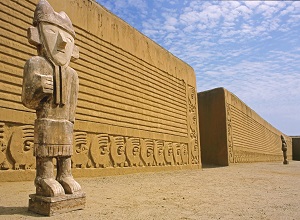 DAY 3: IN AND AROUND TRUJILLO

After you have enjoyed breakfast at the hotel your guide will arrive to take you on a full-day tour of sites near Trujillo. You begin with a visit to the pre-Inca Moche culture (100-750 AD) Sun and Moon Temples, stopping en-route at a present-day Moche crafts workshop. The Sun Temple was largely destroyed by the Spanish conquistadores, but a wealth of colourful friezes and images of Moche warriors and gods are being uncovered in the truncated pyramid that is the Moon Temple. From here you head to the Dragon Temple, its multi-coloured friezes leading to its other name - the Rainbow Temple. You will lunch in a local restaurant and then travel to Chan Chán. Once the largest adobe city in the world, this was the imperial city of the Chimú culture, the most prosperous civilisation of the pre-Inca period. Chan Chán was a trading hub, and 10 vast compounds are enclosed within its walls. It is particularly known for its intricate, moulded decorations. The final stop on today’s tour is the beach resort of Huanchaco, where you may see the fishermen’s traditional reed boats. Then you will be taken back to your hotel.  Breakfast, lunch 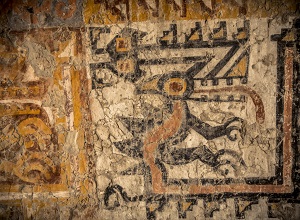 It’s an early start this morning as your guide takes you to El Brujo, ‘The Sorcerer’ archaeological complex. This is a ‘live’ complex – discoveries are still being made here. It was a centre for religion and ceremony for several cultures, including the Moche, and the finds being made here are stunning, including polychrome relief murals. The most spectacular so far is the Lady of Cao, whose mummified body, decorated with tattoos of snakes and spiders, now resides in a splendid, purpose-built museum on site. After lunch you travel north for about 3 hours to Chiclayo, and your hotel, the contemporary Wyndham Costa del Sol Chiclayo.  Breakfast, lunch 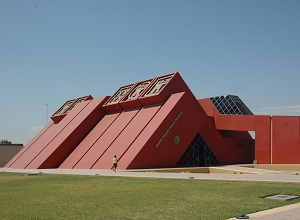 Another day of archaeological richness awaits you, including the fabulous finds from the tombs at Sipán. You begin at the Huaca Rajada, a group of huge adobe pyramids containing unlooted tombs that were discovered at Sipán in 1987. These tombs housed the remains of high-ranking Moche nobles and an astonishing wealth of pre-Columbian Peruvian art; some of the finest ever discovered. You will see those finds later today, but this morning you visit the site museum before travelling to Túcume, a huge, ancient city that contains the world’s longest abode structure. Túcume was built by the Lambayeque (also called Sicán) people and was subsequently taken over by the Chimú and then by the Incas. Following lunch at a local restaurant you head to the unique Museum of the Royal Tombs in the colonial town of Lambayeque. This museum has been especially created to showcase the fabulous finds from Sipán to best effect. You then return to the Costa del Sol Chiclayo.  Breakfast, lunch 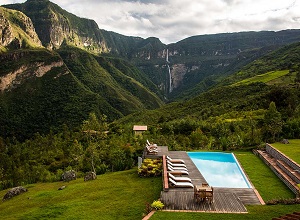 Today you have a scenic road journey from Chiclayo to Cocachimba. You’ll have a picnic lunch and then be taken to the Gocta Andes Lodge, your home for the next three nights. This in a glorious location, with superb views of the waterfalls. All rooms have a terrace or balcony to make the most of those views, and the hotel has a swimming pool overlooking the falls, set in lush, hummingbird-filled gardens.  Breakfast, packed lunch, dinner

Today you trek for about 2 hours through fields, orchards and forest to reach the falls you have admired from the lodge. As you make the journey it will become evident why Gocta Falls didn’t make it onto any maps until recent years! You return to the lodge for lunch and the afternoon is yours to spend relaxing in the lovely surroundings.  Breakfast, lunch, dinner 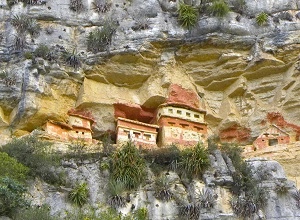 This morning you will be driven from Cocachimba along the Utcubamba River Valley to the village of Tingo. Here you board the cable car up to Kuélap, the impressive fortress city of the Chachapoyas (the Cloud People). The fortress stands on a hilltop at 3,000m and was occupied from around 500 AD. Inside its massive walls you will find a temple, small houses and other buildings, mostly covered in mosses and bromeliads. Following a private guided tour of the site you transfer back to the Gocta Andes Lodge.  Breakfast, lunch, dinner 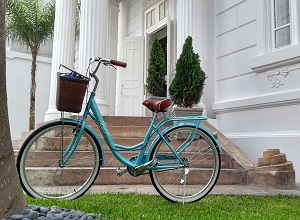 This morning you will be driven the 3½ hours to the small city of Jaén, in time for your flight to Lima. You will be met at Lima airport and transferred to the Casa República Hotel in Barranco.  Breakfast 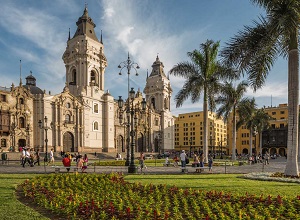 Your final day in Peru begins with a half-day tour of Lima, starting at the colonial Plaza de Armas, which is surrounded by historic buildings, many with impressive wooden balconies, and dominated by the 16th century cathedral. Then you walk the short distance to the Casa Aliaga. This richly furnished and beautifully-preserved conquistador’s mansion has been lived in by the same family since the 16th century. Then you head to the Pueblo Libre district and visit the Larco Museum, renowned for impressive displays of pre-Columbian art, including a gallery of gold and silver objects. The museum also has a famous collection of ceramics, which features some quite startling erotica. You are then transferred to Lima airport for your flight home.  Breakfast

places you will see

Lima
For most people Lima is just an arrival city, but there are good museums and colonial architecture, and in recent years Lima has reinvented itself, with boutique hotels springing up and, in particular, Lima has become the focus of Peru's burgeoning worldwide reputation as a foodie destination.

Chan Chan
Chan Chan in northern Peru was the capital of the Chimu, Empire and is the largest mud-brick settlement in the Americas.

Our recommended accommodation options include:

Elegant 1920s town house in a trendy district of Lima with stylish accommodation, a quiet courtyard and rooftop bar

A lovely colonial building in the central square of Trjuillo with a popular restaurant, interior courtyard and a pool. 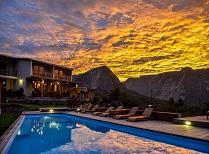 Immerse yourself in the beautiful lodge surroundings with views of the Gocta Falls.

Start planning your tailor-made holiday to Peru. Tell us what you want, and we will tailor make your perfect trip.
Call: 01473 890499
PLAN MY TRIP

 Flight time: Both KLM and Iberia have flights to Lima via Europe, leaving the UK early in the morning to arrive in Lima in the evening. The flight time is about 14 hours. It is also possible to fly to Lima via America.

 Language: Spanish and Quechua are the official languages.

 Visas: Not required for British travellers (up to 90 days). EC nationals can ask us for further advice.

 Health: There are no compulsory vaccinations, except yellow fever if visiting the rainforest. Malaria prophylactics are also recommended in the rainforest.