Argentina - away from the city - Tribes

Argentina – away from the city 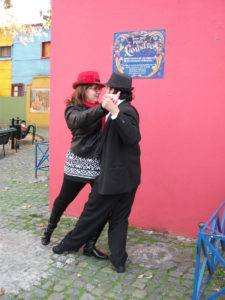 After eight years sailing the seven seas, there are only a few coastal regions of the world I haven’t visited, although escaping into the interiors of countries has eluded me. But not in Argentina! 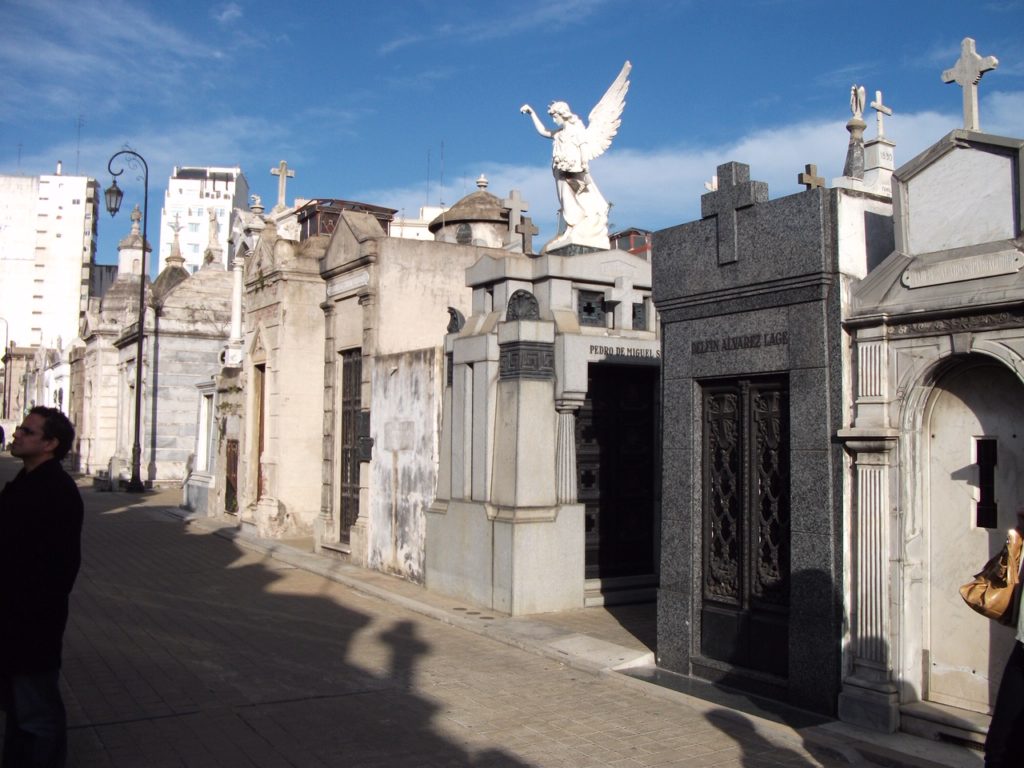 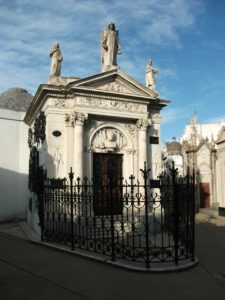 The stage show Evita has a lot to answer for…

There are a few places in the world that have always fascinated me. The Egypt of the Pharaohs, the China of the Dynasties – and Argentina. I must admit that the stage show Evita has a lot to answer for in that respect. From her humble beginnings as an illegitimate child in Los Toldos, to her rise as the First Lady of Argentina, the story of María Eva Duarte de Perón fascinated me. So it was no surprise that I made it my mission to get there!

Of course, I had to see the Casa Rosada, the pink palace in the centre of Buenos Aires from where Evita held court, and the cemetery at Recoleta where she was buried, in October 1976. This was 24 years after she died and her body was removed from its resting place, travelled around Argentina, to Milan, Madrid and finally back to Los Olivos where it was restored before going on public view beside that of her recently deceased husband. In Recoleta (pictured above) it was finally placed in her family’s mausoleum, where she lies five metres underground, in a crypt fortified like a nuclear bunker, so that no one should ever again be able to disturb the remains of Argentina’s most controversial First Lady.

Although Buenos Aires is home to many a fascinating story based around the Peronistas and the coup that deposed Evita’s husband, President Juan Peron, there is more than just the city. 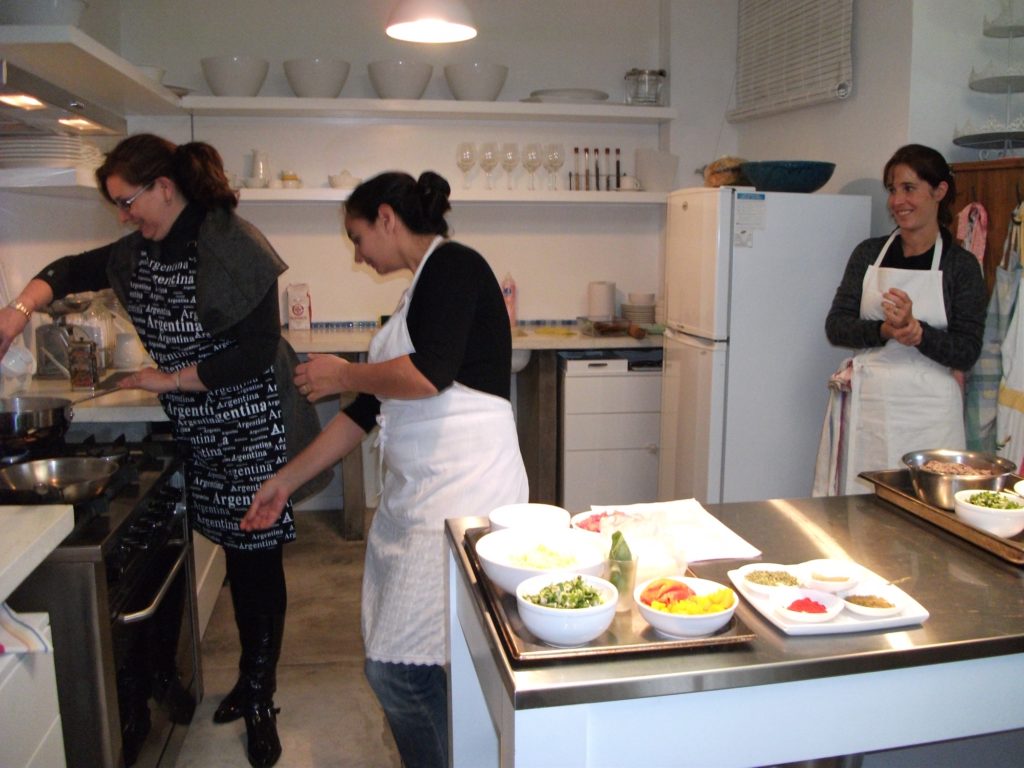 San Antonio de Areco is an 18th century town just under two hours outside of Buenos Aires, a pretty town in the Pampas, on the Areco River. Famous for its links to the Gaucho and Criollo traditions, it still provides a valuable insight into their lives, with museums and artisans who still provide fine silverwork and saddlery for the horsemen and women. And if you’re there in November you can catch the at the “Día de la Tradición” when they ride through the town in all their finery, with their horses adorned by the local crafts.

I started my day in San Antonio de Areco at the home of Paula Mendez Carreras, a local chef who runs cookery courses. The space was light and open, and I was with a group of seven others some who liked to cook and some, like the guys, who never cooked. On our lesson plan for the day, we had empanadas, alfajores, and chipas.

Traditionally, alfajores, which are a huge part of Argentine culture dating back to the 19th century, are two crumbly biscuits filled with of dulce de leche but you also see them rolled in coconut or covered with chocolate or glazed sugar. The alfajor is the most common snack for schoolchildren and adults alike. There is no ‘right’ time to eat alfajores… any time is the right time to indulge!

Empanadas are a small version of a pasty really, but filled typically with a variety meat, cheese or vegetables. To be honest any combination would work, if you love it, the sky is the limit! Traditionally oven baked or fried, they can be prepared in advance and served as an appetizer, snack or as a meal in their own right. 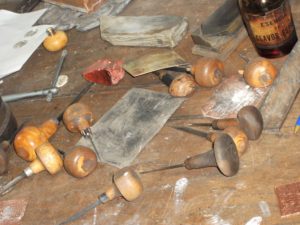 And chipas… I ate these little cheese buns constantly, usually while sitting in one of their many sunny parks thinking of the rain in London, so it was great to learn how to make them. Especially as they were also gluten free which, unfortunately, is a must for me.

As the dough needed to prove for the empanadas we had a chance to wander, which is how I came upon the Draghi Museum, a unique, fascinating view into the family history of one of the world’s most prolific silversmiths. 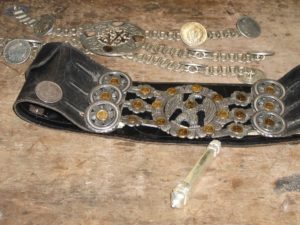 Señor Juan José Draghi was on hand to show me around the museum, which features all types of silver inlaid Gaucho implements from belts to spurs, whips, knives, mates, bombillas, horse bridles and stirrup work. He also showed us the traditional processes, how the silver is worked and some of the original designs of pieces that were made for heads of state, such as a belt buckle design for President George W Bush while he was in office.

Then it was back to Paula to see how the dough was! Within the hour, we were sat around the table enjoying the delights of our lesson.

I could have spent longer in this beautiful historic setting, an ideal stepping stone to the Pampas and perhaps riding with the Gauchos, or for further travels across to the wine regions of Mendoza’s high altitude Luján de Cuyo and the Uco Valley. I’ll save that for my next visit here!

If you’d like to embark on your own Argentinian adventure, take a look at our Highlights of Argentina and Patagonia Deluxe holidays – or talk to us about tailor-made.

On the right tracks

There can be a romance in rail travel in foreign countries that’s hard to find in the 1105am from Ipswich to Liverpool Street.

When we planned our family trip to Costa Rica, one key question was ‘where will we have the best chance of seeing whales?’ Tribes’ Alex Neaves recommended the Osa Peninsula, a spectacular region in the southwest of the country, combining rainforest with coast.

Everything in Chile revolves around its capital, Santiago de Chile With over seven million people, nearly half of country’s population live in the city, with many more in nearby towns and cities.