Back
I arrived at Nairobi airport at 9 pm, tired and frazzled. It had been a busy, hot flight. Normally, I would have taken a city centre hotel for the night, just to get some rest before heading off on safari the following morning. It always felt like you had to wait another day before your trip had really begun. Not this time.

This time I’d organised a night in Nairobi Tented Camp. I was collected and driven a mere 20 minutes to the outskirts of town. We arrived at the gates of Nairobi National Park. It was dark, the gates were of course locked because the park was closed. But not to us as it turned out. The guard came and opened up for us, and I was handed over to another driver in a 4×4 vehicle. It all felt very illicit and exciting. My new driver started driving on the rough earth roads through the park. We saw a buffalo on the way, and some zebras, but we didn’t stop. It wasn’t allowed at this time of night. 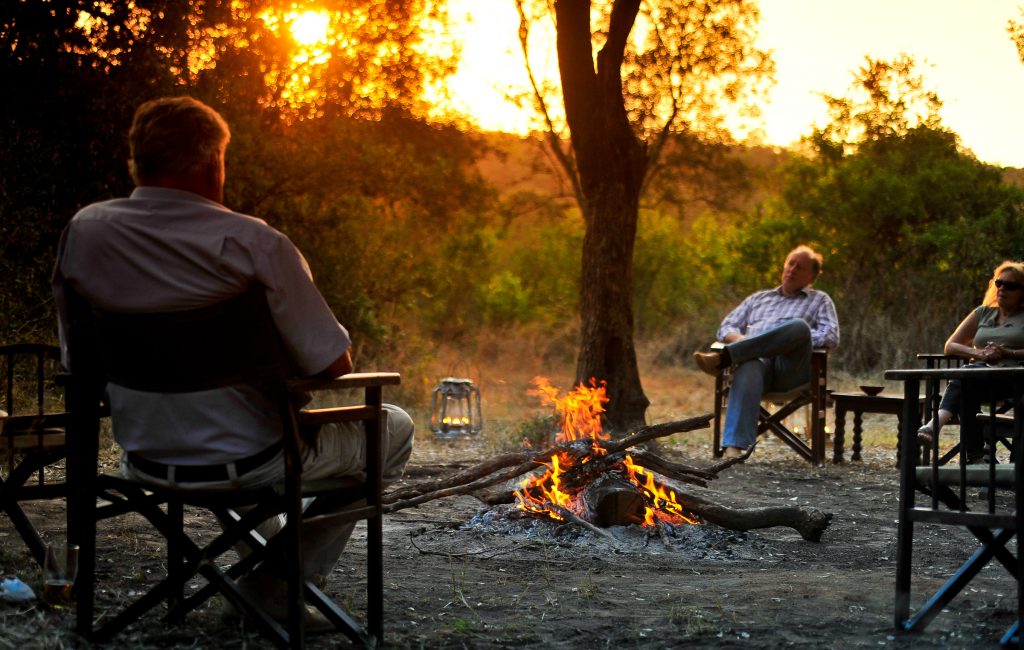 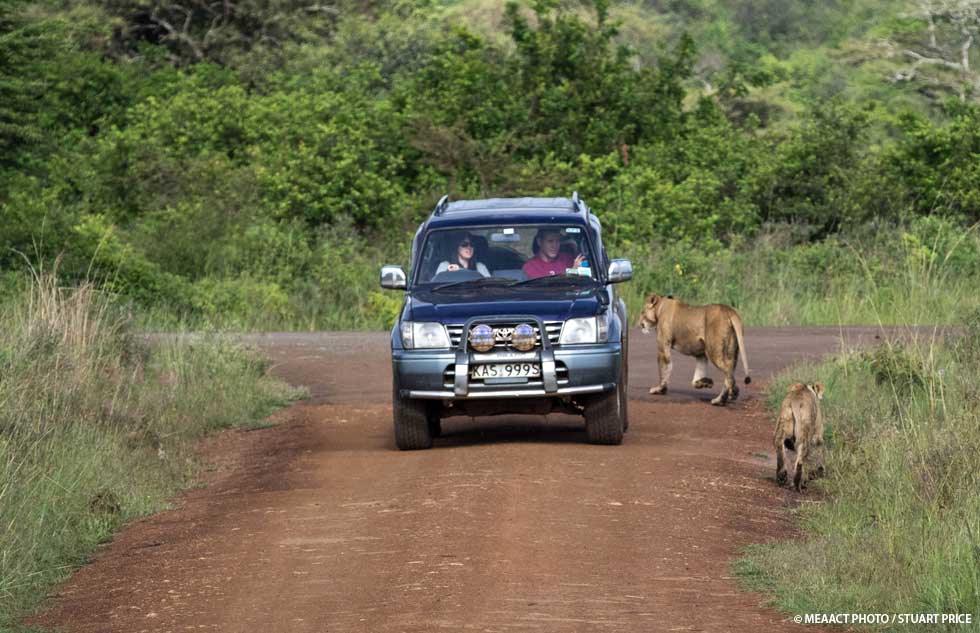 “Just 20 minutes from the airport and I was in the wild.” 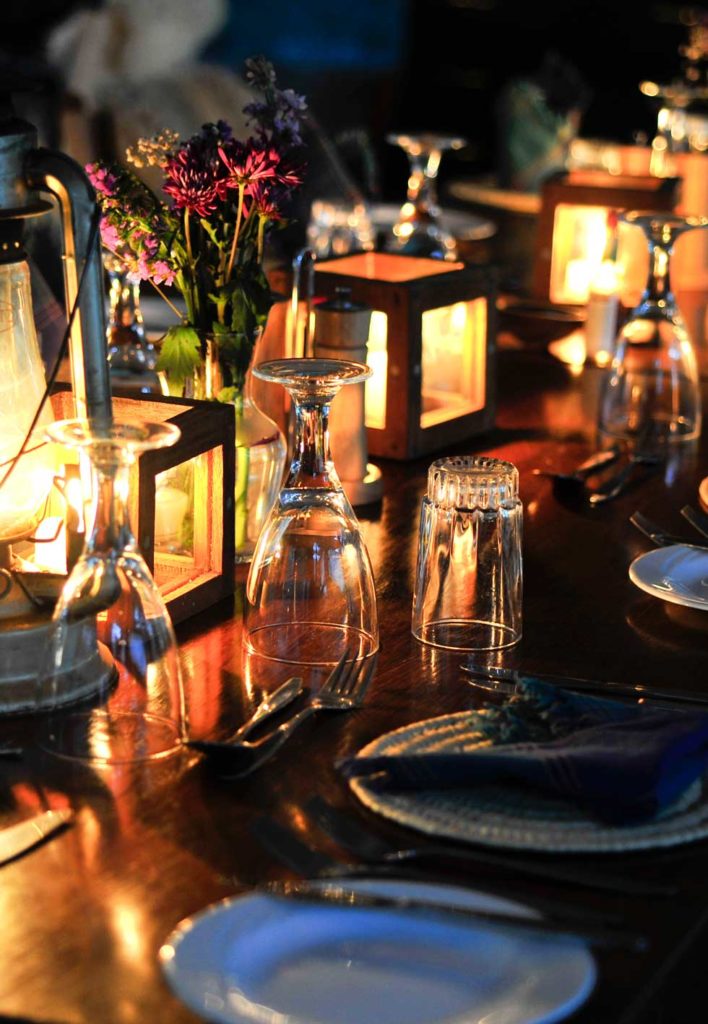 Shortly, my driver said, “Here we are, they’re all ready for you.”

Sure enough, a welcoming party of 4 smiling men stood at the end of a path, and I was walked into camp. They’d obviously done this many times before, as it all happened like clockwork. My bags were taken to my tent, I was ushered into the dining tent, and soon a steaming blow of butternut squash soup was placed in front of me. It was delicious. After a main course of equally tasty fillet steak and vegetables, I couldn’t face the desert they’d prepared for me. I felt bad after all their effort, but it was late and I was tired. However, I noticed that I was also feeling relaxed already. I was in a natural environment, it was quiet, and the camp was lovely. This was definitely not like the Nairobi I was used to. 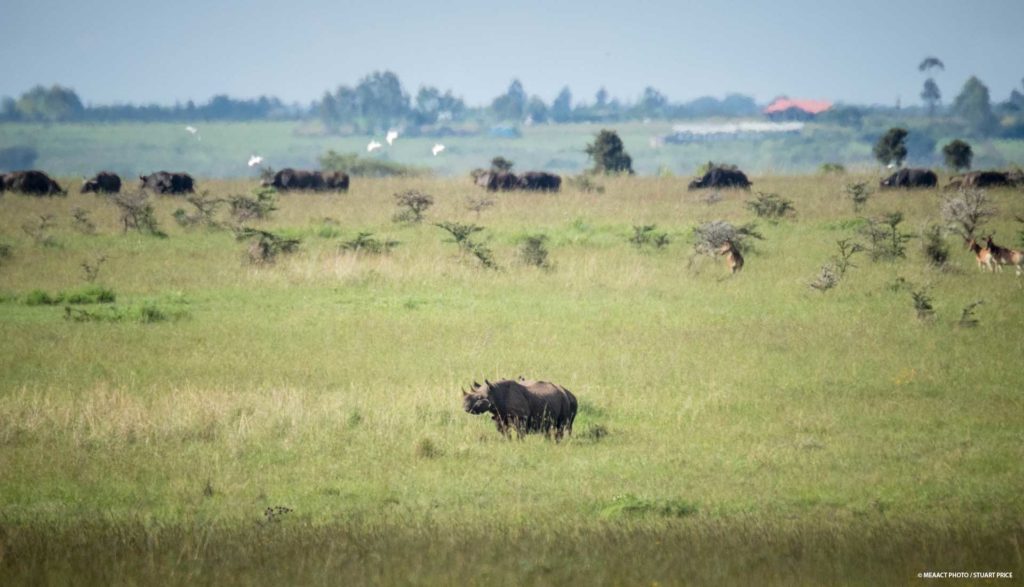 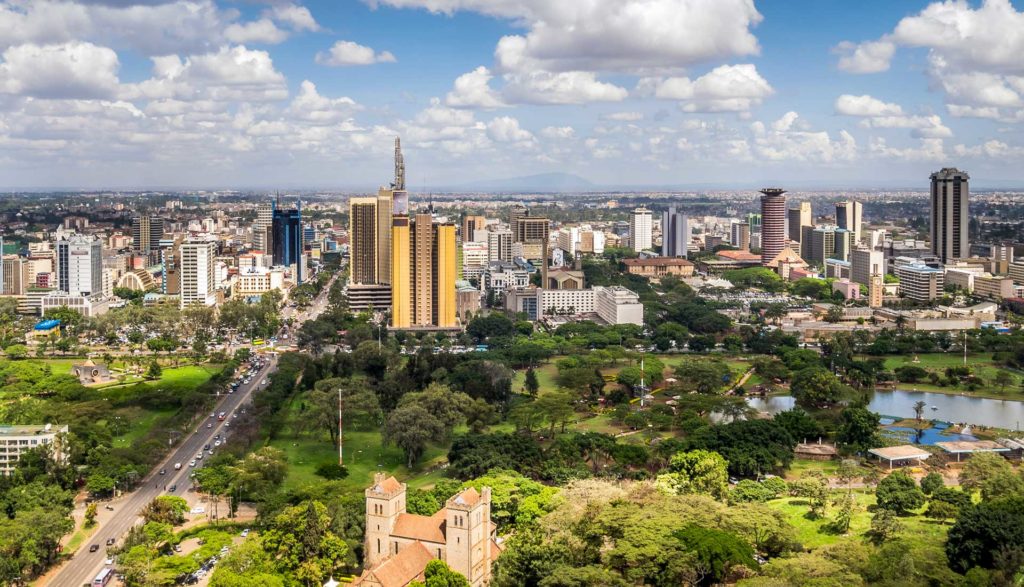 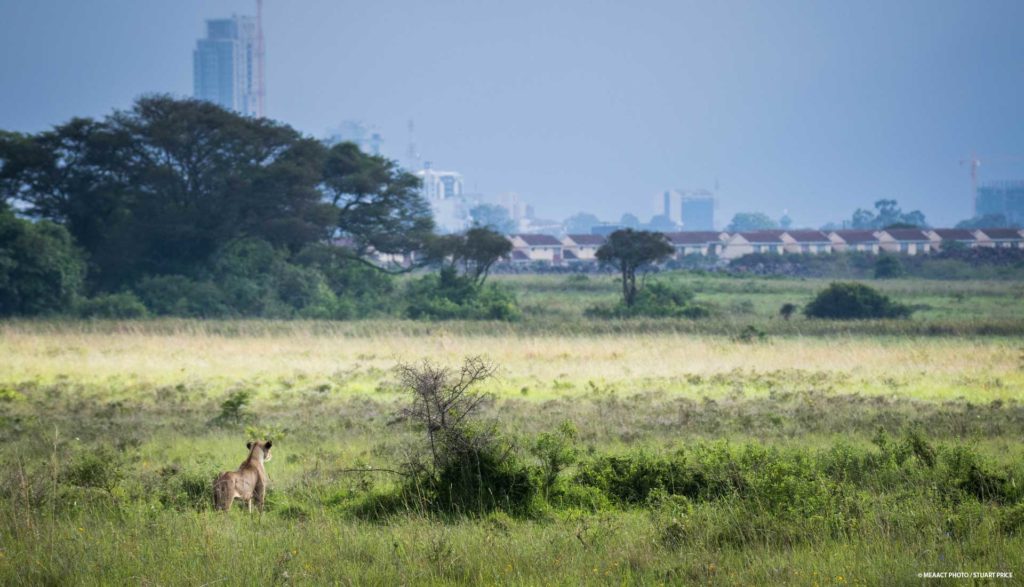 I had such a peaceful night in my tent. It was comfortable, had everything I needed including a bucket shower, and I slept like a baby. I was on the early morning flight to the Masai Mara in the morning, so I sadly had no time for a morning game drive here. However on my transfer back to the gate, we were lucky enough to see a rhino and her calf. Not only was this special in its own right, but to see them with the backdrop of the cityscape of Nairobi … well, that is unique! And of course, my safari had begun even before leaving the capital. Now that’s what I call making the most of your time away. I would highly recommend it. 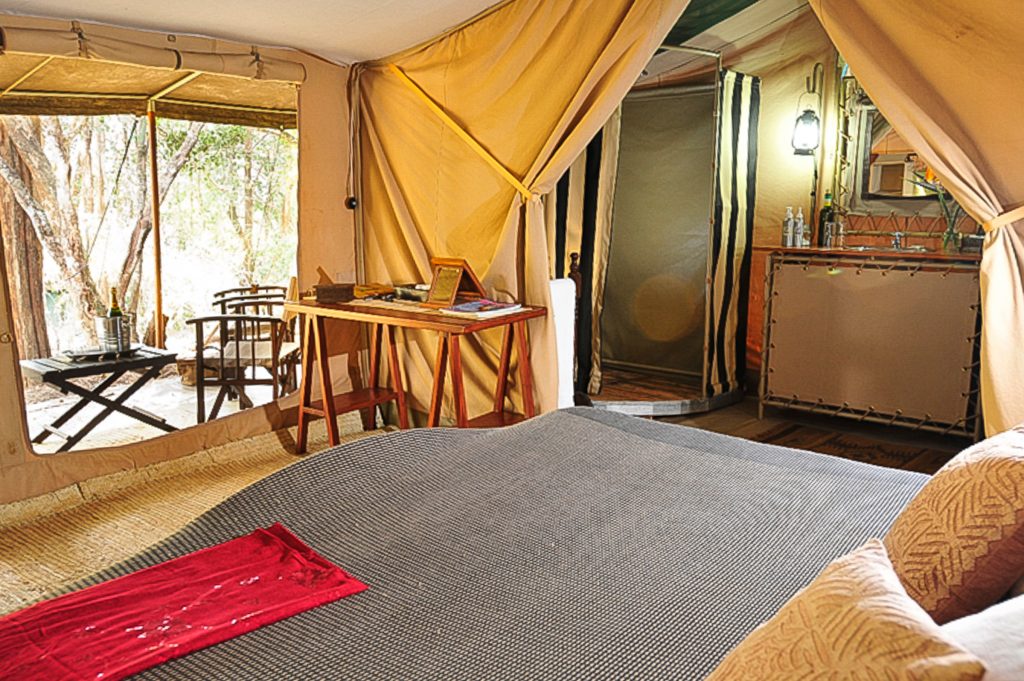 “A unique start to any Kenyan safari.”

NOTE: I didn’t use the camp on my way home, as I was checking a new airport hotel, Lazizi Premier (which definitely has its place for some travellers). However, I met a few guests who had done this, and it works as a lovely end to a safari too as you can stay in the camp until just before the check-in time, thereby staying in the wild until the very last moment.

OTHER BLOGS FROM THIS MASAI MARA SPECIAL:

"Yeyo takwena" I said to the first Maasai lady I met at the market She fell about laughing! This was my best effort at a newly-acquired greeting in Maa, so it seemed I needed quite a bit more practice.

Robin Pope Safaris are one of the most notable and well-known safari companies in Africa So what makes them so special, and why should you consider going on safari with them? Their camps: Robin Pope Safaris have camps in Zambia and Malawi.