Going on safari in the green season

Ngorongoro Crater in the rains, Tanzania

Back
I was travelling to northern Tanzania at the start of May, known for being the green (or rainy) season.  My first dilemma was what to pack! As I knew that the temperature would still be in the low to mid twenties, I decided to be brave and just packed a light waterproof jacket…Time would tell if this would be the right decision!

On my first day, I arrived in Kilimanjaro airport to be welcomed by warm sunshine – so far so good. I was heading straight to Tarangire National Park for an afternoon of game viewing. 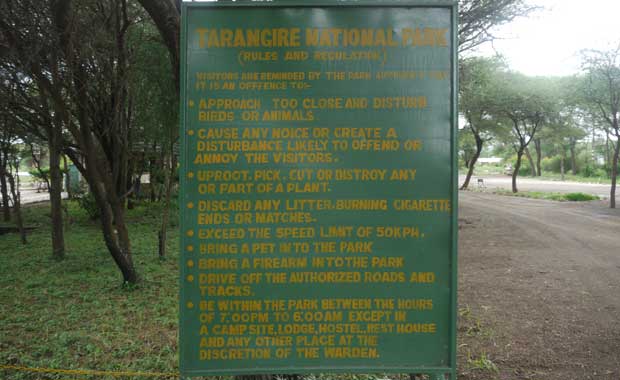 It was when I entered the park and began my game drive that I realised the first benefit of travelling in the green season – we were the only vehicle there! Or so it seemed… When we saw a pair of sleeping lions by the side of the road, within the first half hour of entering the park, we had the luxury of watching them at our leisure. My guide told me that in the dry season, we would have had to move along due to other vehicles waiting for their turn. 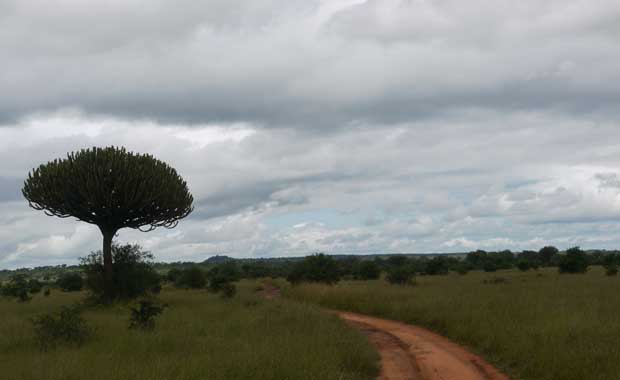 Our 4×4 safari vehicle had an extendable roof that could be raised up so that you could stand up and watch game. There was also a canopy to protect you from the sun and any light rain. When we had the occasional heavy shower of rain, our driver would simply stop the vehicle and shut the roof, and we would then carry on. As soon as it dried up again, it was simply a matter of reopening the roof. 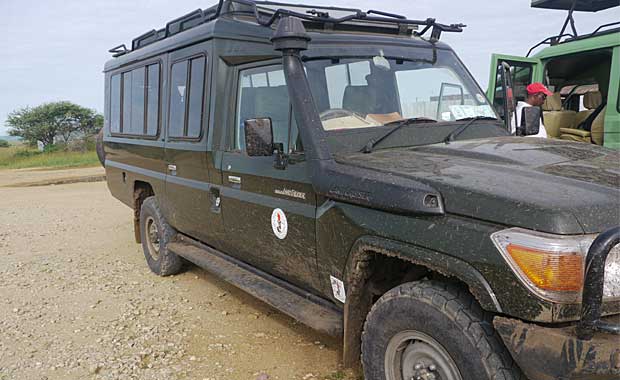 Over the next several days, I continued my safari experience through the Ngorongoro Crater and the Serengeti National Park. Both areas rewarded us with an abundance of wildlife, and both were much quieter then you would experience in the dry season. I continued to learn more about travelling in the rainy season.

The cats and other predators enjoy the long grass as it means they can sneak up on their prey, but it can also make the prey harder to spot. Because of this, we had some great sightings of lions climbing trees, and lying on the large kopjes, to get a better view of where dinner may be!

Equally, the other animals tend to favour the areas where there is still short grass, as it gives them a better chance of spotting their hungry predators.  We saw a multitude of impala, gazelle, zebra, warthogs, ostrich, wildebeest and more. The shorter grass also offers better nutrients for the younger animals, meaning we saw large herds of elephants with their babies, also young zebras, buffalos, ostrich…. 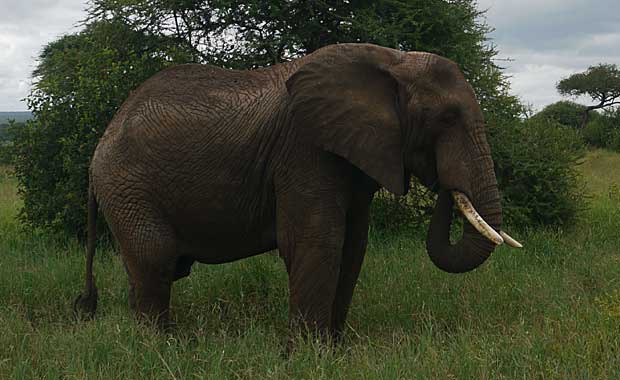 When remembering this trip, I have to mention the roads and the amazing 4×4 safari vehicle that we used. Never have I been anywhere where 4-wheel drive is so essential.

After the heavy rains that had been experienced prior to my arrival, a lot of the roads we used were in a pretty bad state of repair. Because of our experienced driver, and the great vehicle, we had plenty of adventures  –  including driving across a couple of rivers– but never once got stuck. In fact, we had to rescue another vehicle (without 4-wheel drive) while in the Serengeti. 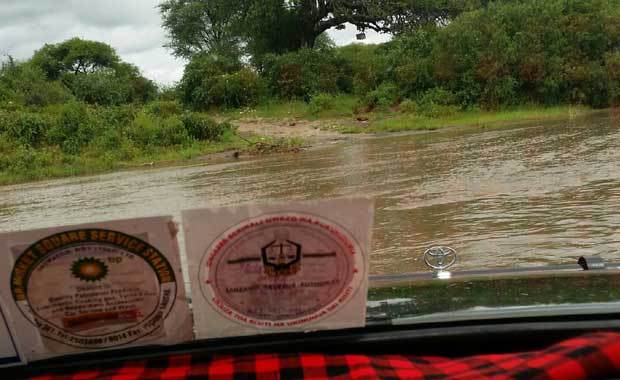 Finally – I never once wore my waterproof jacket! We were either in the vehicle or at camp during any bursts of heavy rain, and all the camps provided umbrellas (and in some cases wellies!) on the couple of occasions it was raining on the walk to dinner.

I hope to bring my kids on safari in Tanzania one day, and can honestly say that I will travel in May. OK, so you might not come back with all your photos having azure blue skies behind your wildlife shots, but it’s so much quieter, definitely much cheaper and you really still see a lot of animals – and let’s face it, the 4×4 experience along some of those muddy roads is a real adventure!

Sinead worked as a travel consultant with Tribes for many years. Her speciality was Africa, though she has good knowledge of other destinations too.

It’s gumboot weather and the Zambian wilderness is revelling in it During the rainy season, Zambia’s untamed garden is the South Luangwa.