A large, under-estimated yet worthwhile reserve on the northern circuit. Its bushy, baobab-spotted landscape draws a lot of elephants and other wildlife due to its permanent river, especially July-October.
The reasons you should visit are:

When to go on safari to Tarangire

July to early November is when this park really comes into its own, and if you’re coming to the area at this time, you shouldn’t miss it. April and May are generally quite rainy, but much quieter and cheaper because of that. At other times it is never too busy and makes for a fairly uncrowded safari which, whilst perhaps not as fruitful as other parks in the northern circuit, can still be very good.

A Tarangire safari: How to do it?

It's only about 1Â½ hours’ drive from Arusha, though if you choose the luxurious camps in the quieter south of the park you might want to consider flying into the airstrip here.

Many visitors only manage a cursory afternoon here, however we think it’s worth longer, especially in the dry season when two or more full days wouldn’t be bad idea.

Unless you’re flying in to the southern camps, we recommend travelling here on a tailor made safari with your own private 4x4 vehicle and driver/guide. There are also some set departure group trips which include Tarangire.

Tarangire has a good choice of places to stay within the park, and there are also additional options outside of the park boundaries. There are some larger, more family-friendly lodges (such as Tarangire Safari Lodge) but there is more choice in smaller tented camps or lodges (consider Maweninga, Kirurumu Tarangire Lodge or Maisha Kikoti). Top end places include Oliver’s Camp, Swala, and the unusual Tarangire Treetops which is built around ancient baobabs. 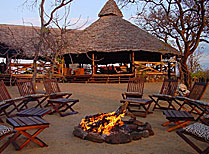 Maisha Kikoti Camp is a small, traditonal safari camp on the edge of Tarangire with opportunities to learn about the Maasai way of life. 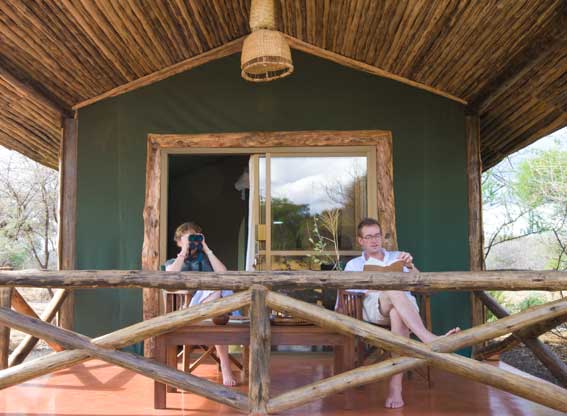 Maramboi Tented Camp consists of 30 spacious tents each with en-suite facilities and a private verandah. 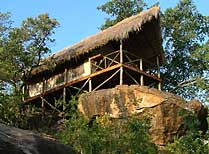 A Maasai-hosted tented camp in Tarangire with superb views of the Rift Valley, lakes and mountains. 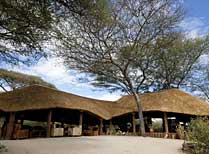 A small and friendly bush camp with luxurious furnishings deep in the heart of Tarangire.

A lovely luxury tented camp in a quiet part of Taranagire National Park.

Tarangire Safari Lodge is ideally sited inside the park with amazing views over the river.