I just wanted to let you know we had the most amazing time. We saw all the wildlife you could imagine – had a fantastic guide (Japhet) who was both a brilliant driver and sharp-eyed spotter, as well as hugely knowledgeable but, for me, the star of the show was the Serengeti landscape itself. It’s just good to know that somewhere like that exists in this world. I fell in love with the endless plains. 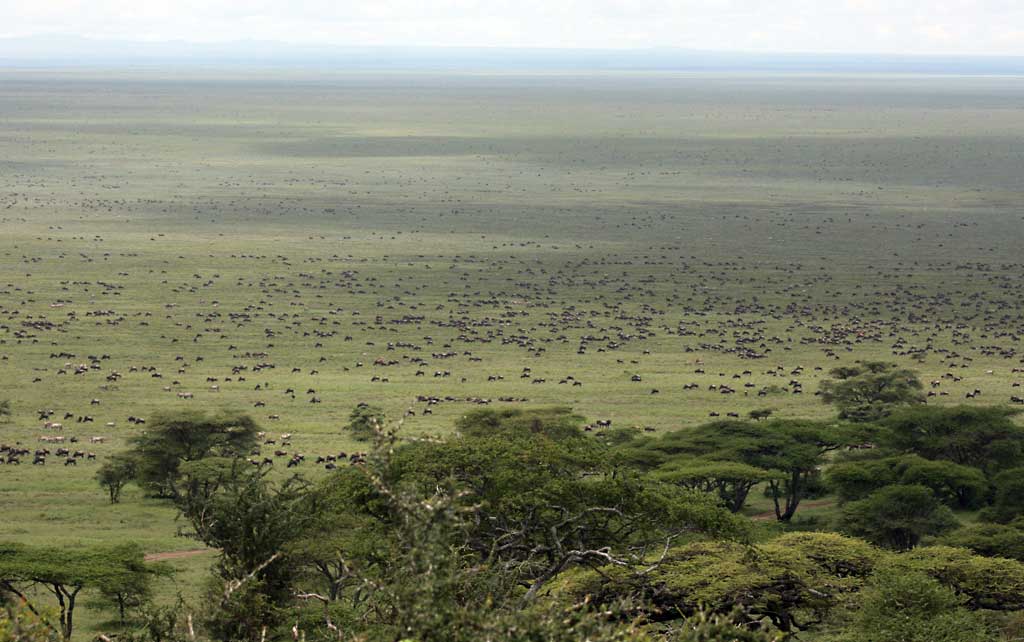 We were very lucky to see the migration begin – the two pics above and below are taken as we entered the Serengeti and as we left three days later. Suddenly wildebeest and zebra stretched along the horizon as far as we could see. 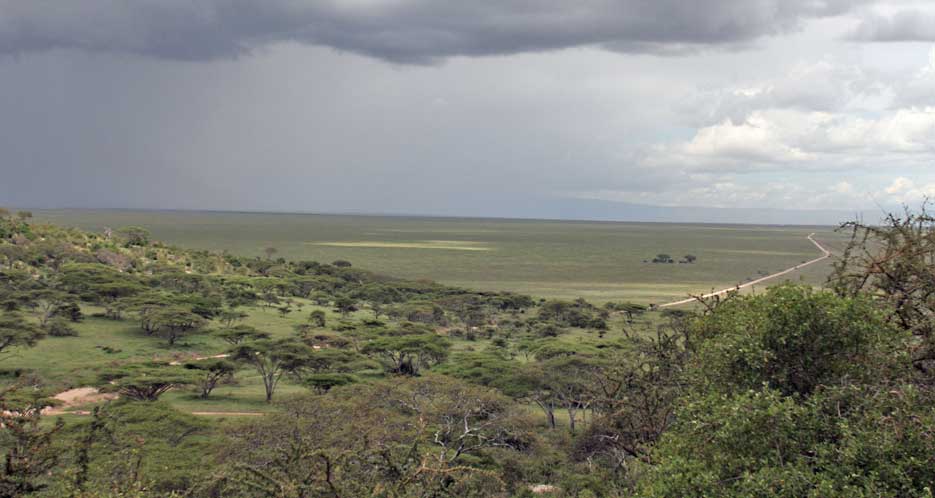 It was a great time of year to be there. Surprisingly green but beautiful wildflowers and the rains mainly came at night so we were able to travel about easily. And often we were the only vehicle – at our last night at Kati Kati, we had the camp to ourselves. And the cats were still to be found, despite the long grasses – in trees, on termite mounds. Our favourite moments were watching a cheetah move slowly in search of prey and seeing around 100 elephant converge on a water hole. Magical moments.

“Olupai Gorge was definitely worth seeing and the guide there explained the story of the ‘cradle of mankind’ very well to the kids particularly.” 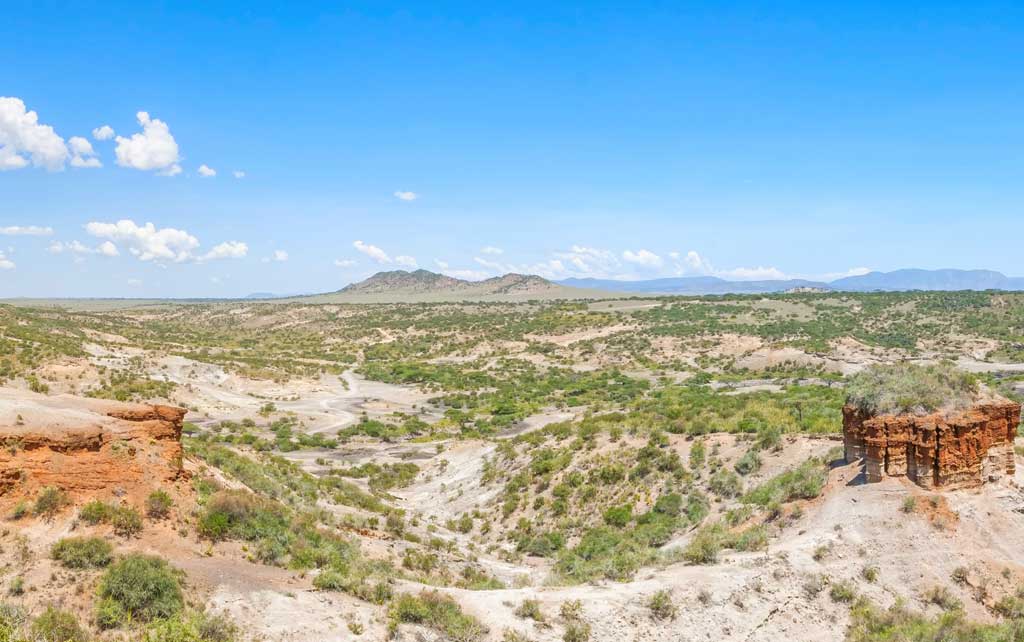 And our last day at Longido was fascinating as we happened upon a circumcision ceremony where the next generation of Maasai warriors were being appointed. (try explaining that one to the 12 year olds!) The chiefs requested we send a pic of them as they were dressed for the ceremony. It is attached here so please would you be able to forward it on to them for me as we promised.
In all the trip completely lived up to our very high expectations and we liked all the places we stayed at very much – particularly Kati Kati.

Thanks to both of you for organising our most memorable holiday. And when we have saved up our pennies again we’ll come back to you for the next one.
Lisa Sykes
Editor, The Simple Things
www.thesimplethings.com

Going on safari in the green season

I was travelling to northern Tanzania at the start of May, known for being the green (or rainy) season.