Tigers in the News (not just for Sher Khan)

It’s always heartening to report good news. On 11th April it was announced that the number of wild tigers in the world has risen by 22% since 2010, to a total of 3,890. India has been at the forefront with a rise of over 500 tigers over the same time bringing the resident population to an impressive 2,226. Tiger numbers in Nepal, Bhutan and Russia have all increased too, while those in Burma, ranked at 85 in 2010, have yet to be reported, so the global total could now be over the 4,000 mark.

This is especially encouraging as it follows decades of declining numbers. Marco Lambertini, Director General of WWF International stated ‘This offers us great hope and shows that we can save species and their habitats when governments, local communities and conservationists work together’.

There’s no place for complacency however, as the tiger’s overall status, determined by the IUCN (International Union for the Conservation of Nature) remains ‘endangered’. At the recent 3rd Asia Ministerial Conference on Tiger Conservation in Delhi, where the population announcement was made, a consensus was reached to double the number of tigers in the wild by 2022. This project is named ‘T x 2’. In order to achieve this, tiger experts, scientists, politicians and managers all need to co-operate on issues such as landscape conservation and habitation management, the re-introduction of tigers to certain areas, improving methods of monitoring and continuing anti-poaching policies.
It’s good to know that the biggest of the big cats is on the increase and that so many people across a range of disciplines are dedicated to ensuring the protection and advancement of this most magnificent of animals.

If you want to see tigers in the wild we recommend central India’s reserves. National parks such as Bandhavgarh and Kanha, two of our favourites, offer great viewing chances and have fewer visitors than the better known Ranthambore, meaning they’re less crowded. For more information on tiger spotting in India, or call or email us and we’ll be very happy to help you. 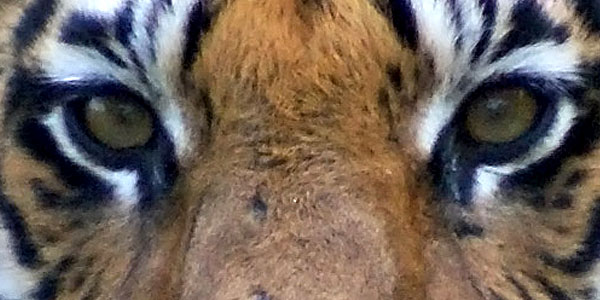 A week in Bhutan

Wendy and Anne Britt travelled with us to Bhutan in October, and told us “We fell in love with Bhutan, the nature, the people, the ethos, everything.

More about my Bhutan tour

In my post earlier this month about Nepal tours I mentioned that I am sorting out a recce trip to Bhutan.