Kaziranga and the Big Eight - Tribes

Kaziranga and the Big Eight

Back
Our guide, Hrishi, was obviously proud of his park, but I had come with few expectations of what we might see here; perhaps one or two rhinos if we were lucky and maybe a wild elephant – I would be happy with that. I assumed a tiger sighting wouldn’t even be worth hoping for since, although the park has one of the highest densities of tigers, they’re not easy to see here; you’re far better off in central Indian parks such as Ranthambore, Kanha or Tadoba for tigers. 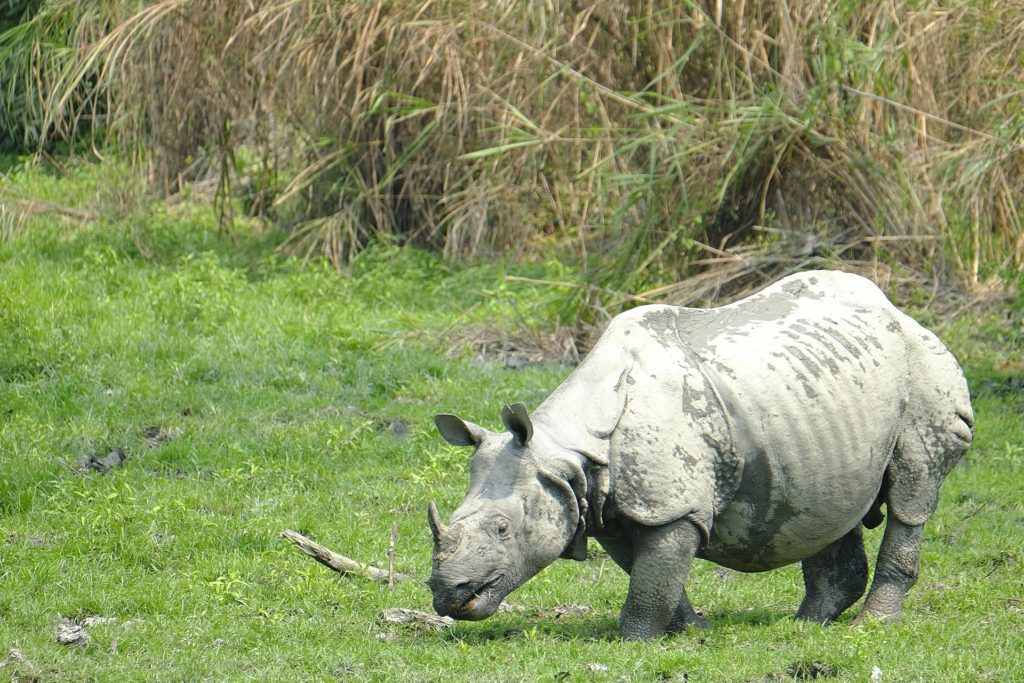 “We have our own Big Five here: the one-horned rhino, elephant, swamp deer, wild buffalo and tiger. I think we should have the Big Eight though, and include the Hoolock gibbon, Malayan giant squirrel and giant hornbill.” 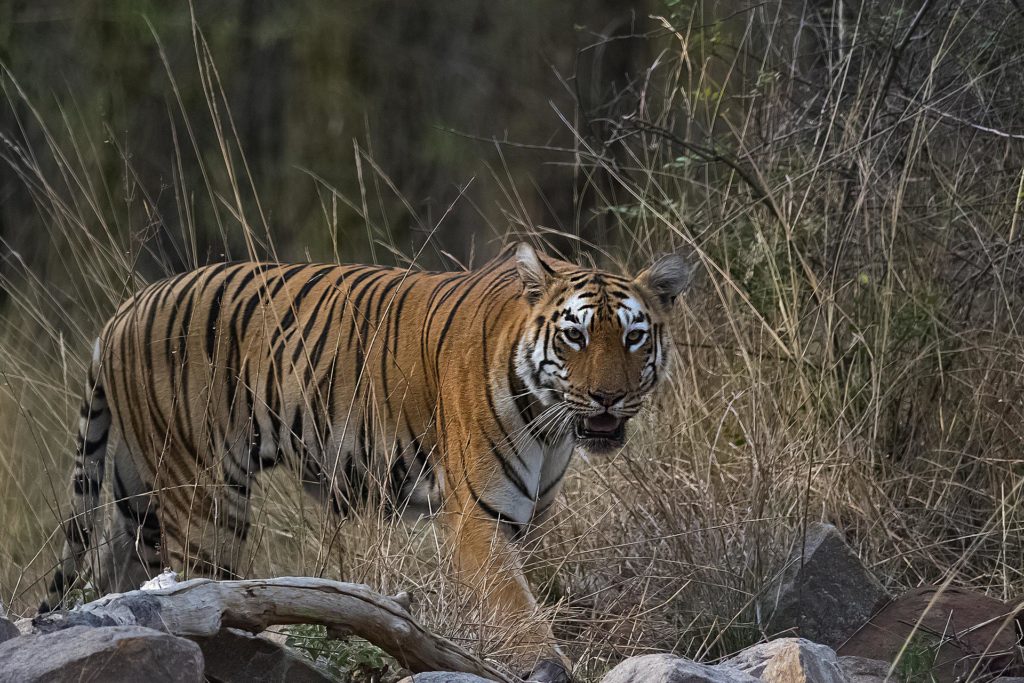 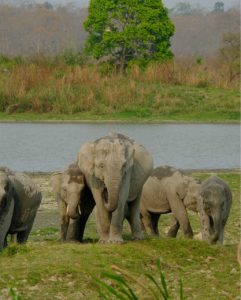 We headed off with a guide and driver in our Gypsy. These are the jeep of choice for Indian wildlife parks since they’re small and light which makes them suitable for the narrow tracks, though if you’re used to African game vehicles you might be slightly shocked by the lack of suspension and space.

We didn’t care though. Within three minutes of driving through the central gate we saw our first one-horned Indian rhino … with a baby! We stopped and Hrishi pointed out that there were also 3 other rhinos in the distance, plus an elephant and three hog deer (one of the three species of deer in the park – swamp, hog and barking).

As we carried on along the earthen track that wound through a pretty area of broadleaf woodland, we stopped again. A handsome jungle fowl assiduously kept his back to us but there was no missing the striking plumage of this ancestor of our domestic chickens.  Less obvious was the little owl hiding deeper within the foliage but, as it turned out, our guide was a good spotter and didn’t miss much. 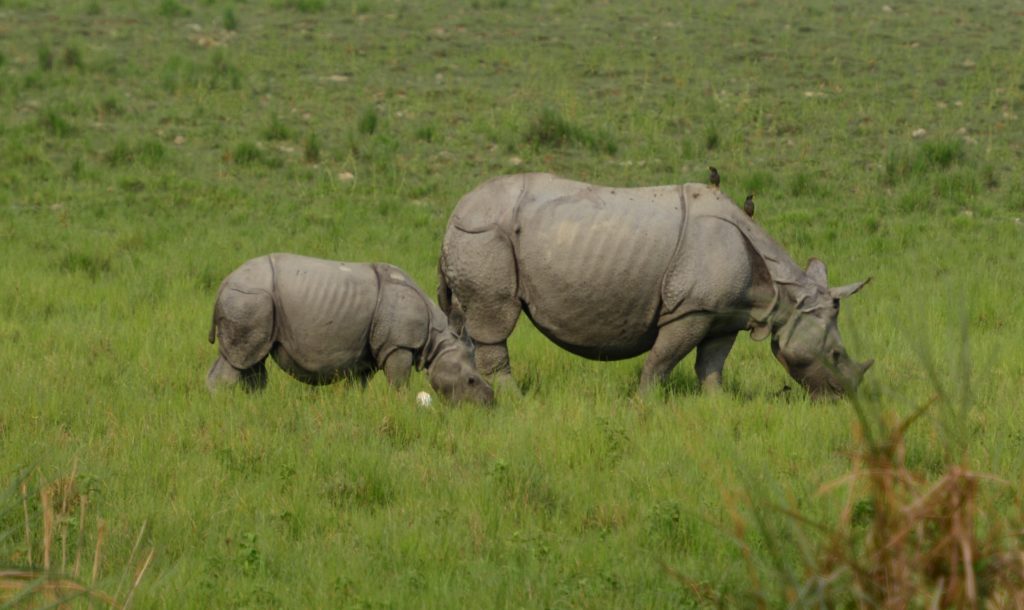 “Within three minutes of driving through the central gate we saw our first one-horned Indian rhino … with a baby! ”

The park was a mix of grasslands, swamps and lakes, and wooded areas. It was mostly very flat but, on the western edge, the Burrapahar Hills offered a hazy backdrop in muted tones of grey. As we reached a lookout tower near a large lake, there was definitely some excitement in the air. A group of six people were training their binoculars on a stand of tall grasses at the edge of the water.

“A tiger just swam across the lake and went into the elephant grass over there,” said Hrishi. We had just missed seeing it. A matter of moments earlier and … But no, it wasn’t to be. 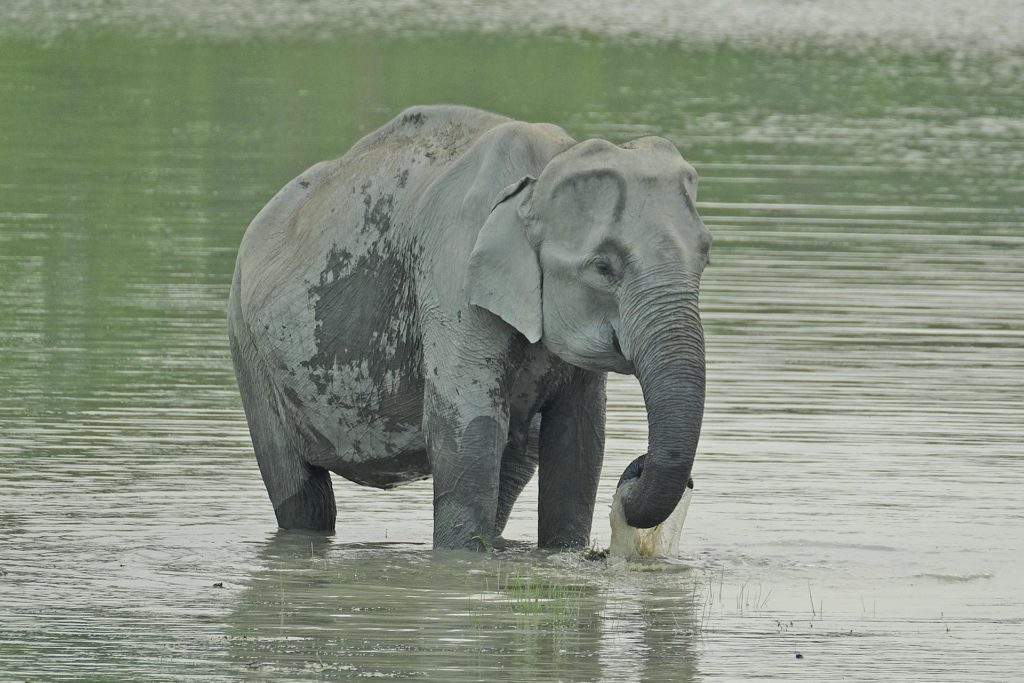 “We left Kaziranga very happy to have seen seven of his Big Eight!” 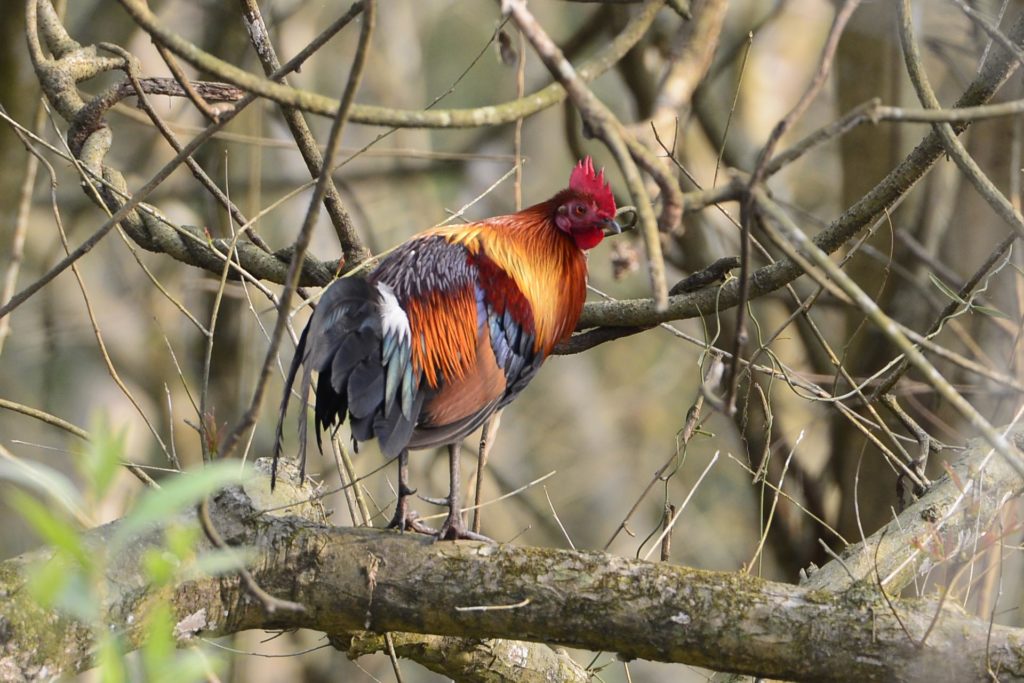 We might not have seen a big cat, but we were really lucky with our sightings of wild elephants. Sometimes they hid shyly in the tall grasses, but one family came to splash in a muddy lake and it was joyous to watch them. Wild elephant numbers in India are dropping at a staggering rate and it’s thought there are now only around 27,000, with 1900 in Kaziranga.

The following morning we went to the far west gate and the sound of gibbons echoed round the forest. I hadn’t realised just how rare Hoolock gibbons are, and this is the only ape to be found in India. They weren’t easy to photograph, but you could definitely see them and hearing them was no problem at all. It felt like a privilege to stand beneath them as they peered imperiously down at us. 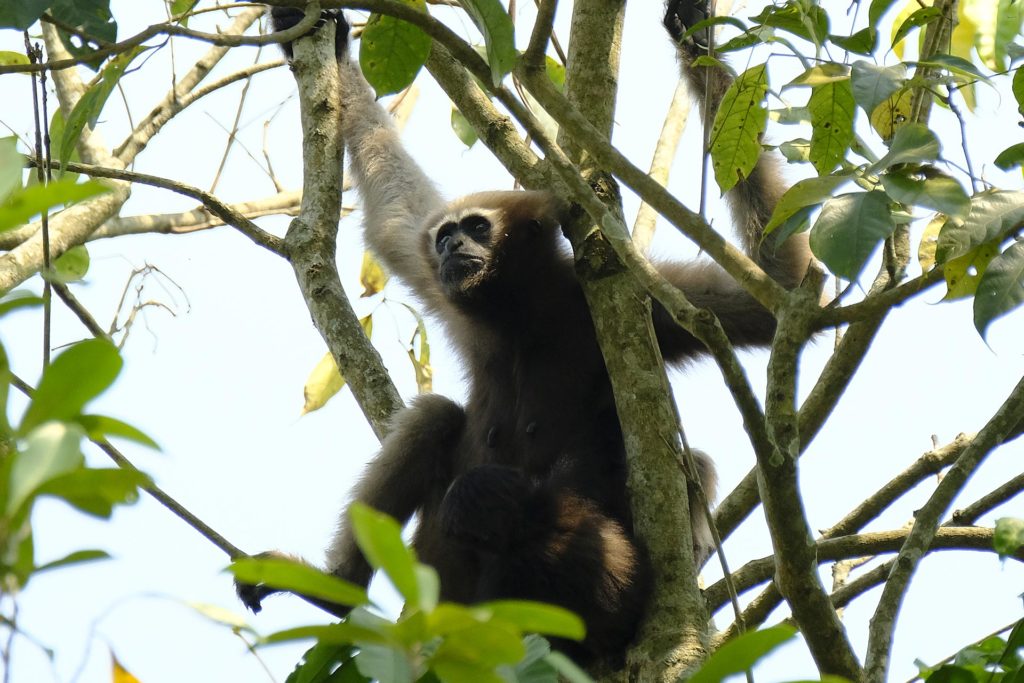 But it was the rhino sightings that surprised us the most. In two days in the park, taking morning and afternoon game drives from our lodge on the edge of the park (Diphlu River Lodge), we counted 65 of these armour-plated mammals!  Kaziranga has 2400 Asian one-horned rhinos, which is about 70% of the world’s population, and that number is slowly growing. It is the best place to see them, and what an accolade for the protection teams working here; they are doing an incredible job.

Hrishi was disappointed that we’d missed the tiger, but that definitely didn’t spoil our visit as we’d not really coming expecting to see one. In fact, we left Kaziranga very happy to have seen seven of his Big Eight!

If you would like to explore the forests and unique living root of bridges of Meghalaya followed by safaris in Kaziranga National Park, home to two thirds of the world’s one-horned rhinos, click here to view this unique trip.

More about my Bhutan tour

In my post earlier this month about Nepal tours I mentioned that I am sorting out a recce trip to Bhutan.

I’ve been enjoying some wonderful star spotting of late Not the celebratory version (there aren’t many of those in my small Suffolk village), but the celestial sort.