From bush to bean to cup - Tribes

From bush to bean to cup

Back
If you’re a coffee lover, Costa Rica is the perfect place to go! From tiny bakeries to swish restaurants, you’re likely to be served an excellent brew, in a country where that little bean has been a key part of life and the country’s economy since the 18th century. And a tour of a coffee plantation is a great way to enhance your holiday. 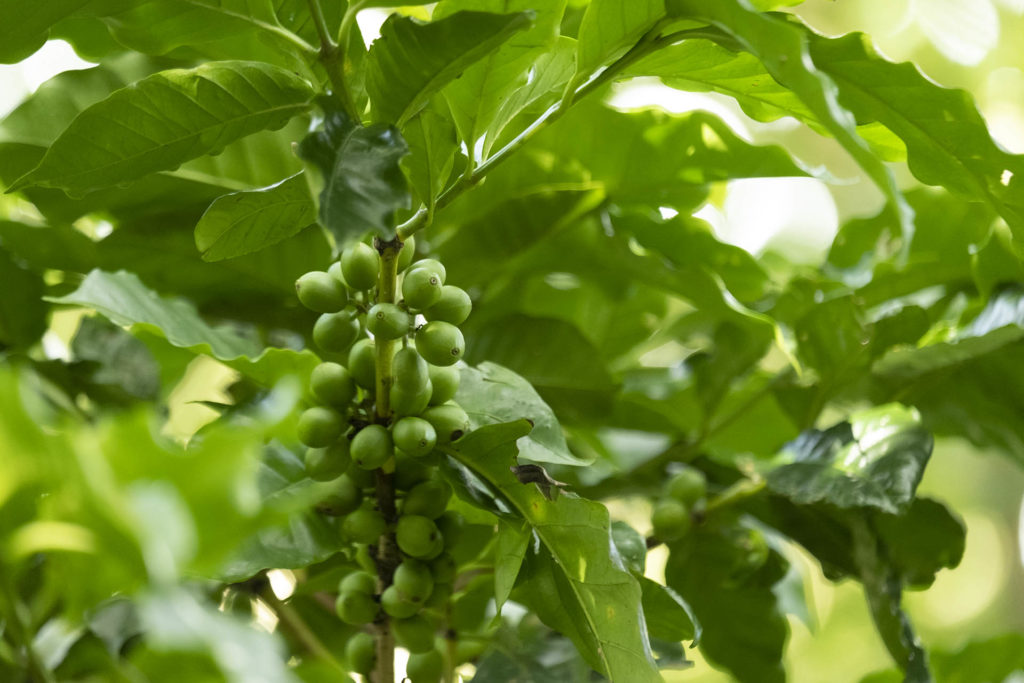 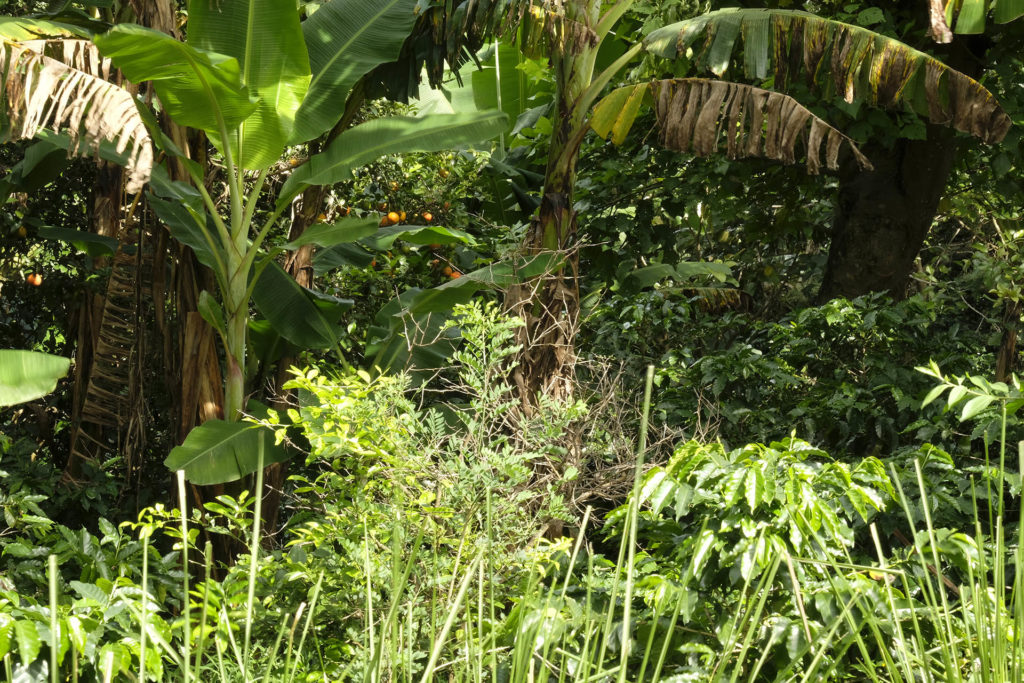 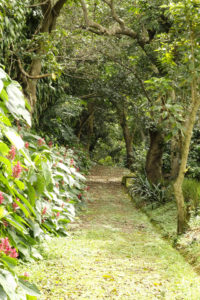 Costa Rica is one of the largest coffee producers in the world but a massive amount of the production is done by small-scale plantations – less than 12 acres – and if you get the chance to visit one, do.

It’s fascinating and, if it’s anything like the plantation at Finca Rosa Blanca, it’s also very pretty.

At the end of an absolutely fantastic two-week family holiday in Costa Rica, we had 24 hours at Finca Rosa Blanca, a gorgeous and colourful hotel set in the hills above San Jose, before our flight home.

The warm temperature was a welcome break from the humidity of the rainforest we’d just come from, and the lush gardens were very alluring, drawing us out to wander around and marvel at the mass of butterflies and birds and the views across the valley to the city and the mountains beyond 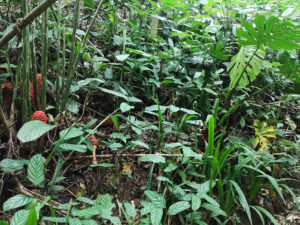 An added bonus is that Fina Rosa Blanca is an organic coffee plantation – hotel guests can enjoy a ‘happy hour’ of sorts each afternoon when endless supplies of excellent coffee and homemade coffee cake or biscuits are available ‘on the house’. In addition to this irresistible invitation to indulge, the hotel offers coffee plantation tours and, as my sons made the most of the last swimming pool they’d see for some time and my husband turned his camera towards the hundreds of butterflies in the colourful gardens, I headed out with guide Ulises.

We crossed the narrow road from the hotel, through the plantation gates and into what resembled a Victorian garden, full of the sort of exotic plants 19th century horticulturists loved to bring home from their travels. Set on a hill, it’s lush and packed with trees and flowers. As Ulises explained, at Finca Rosa Blanca they ‘farm with the forest’. No pesticides or other chemicals are used, and there is no irrigation system. 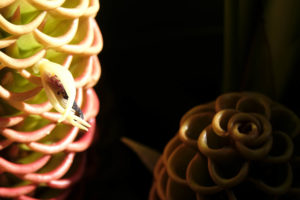 The coffee bushes sit in rows in a truly idyllic location, shaded by 60 different species of trees, including mango and avocado, the fast-growing coral trees, lemon and mandarin, while ‘living fences’ created by vast ‘Swiss cheese’ (monstera deliciosa) plants, irises and fleshy beehive ginger all help to shield the precious coffee. 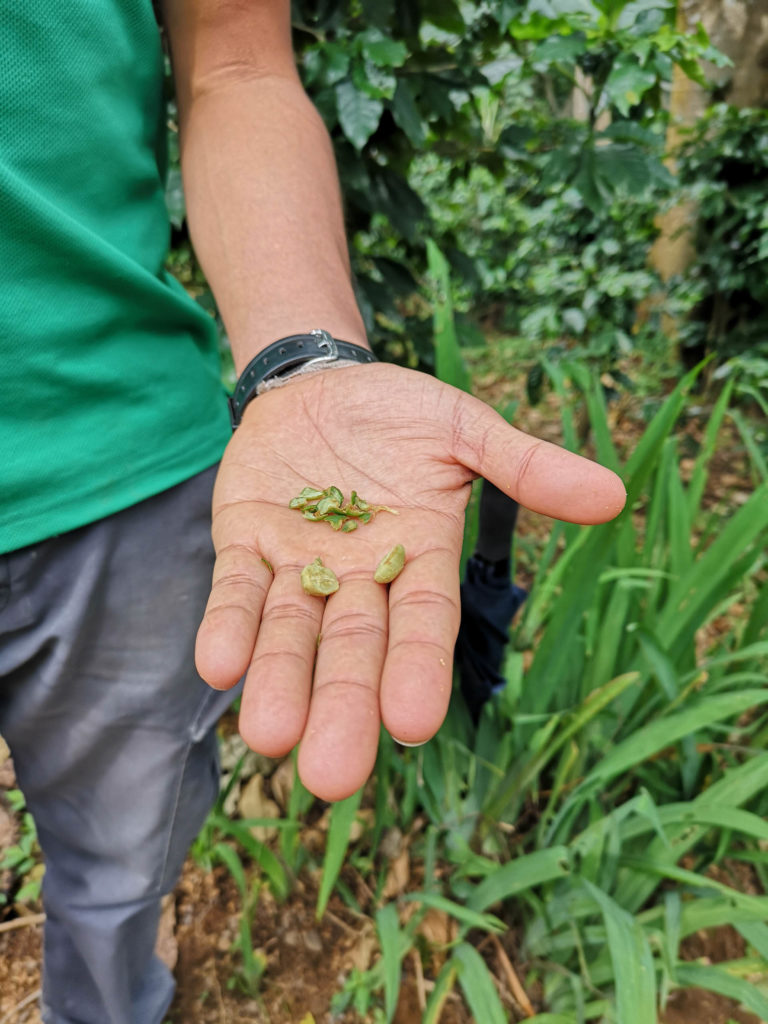 “Banana plants are the site’s irrigation system, being 65% water.” 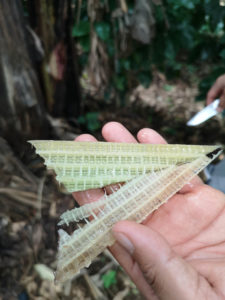 The coffee bushes themselves have rich green leaves and, when I visited in late August, were full of bright green berries, which will be harvested between November and January, when they are a deep red colour. Ulises told me what when the plants are in flower – in March/April – the entire plantation has a glorious jasmine scent, coffee being part of the jasmine family, and is a sea of white flowers.

I also spotted plantain and banana plants and Ulises explained that as well as providing more shelter and produce for use in the hotel and for the staff, the banana plants have a primary, invaluable, role. They are the site’s irrigation system, being 65% water. He demonstrated by cutting a slice of bark off a banana plant, pulling away a chunk of the translucent pale green honeycomb-like substance that lay underneath. It was dripping with liquid – and a quick dip of my finger and a slightly hesistant taste showed me that it was indeed fresh water.

All these beautiful plants and trees – and the coffee bushes themselves – have multiple functions. Their leaves and flowers attract birds which feed on the insects and, by feeding on seeds, contribute to reforestation. The fallen leaves help keep moisture in the ground and act as a natural form of weed control.

The plantation is also home to some 130 different species of birds and, as we wandered through the verdant, shady rows, Ulises pointed out a richly coloured blue and green motmot, along with the Costa Rican national bird, the aptly-named clay-coloured thrush; its subdued plumage making it the odd one out in a country of brightly coloured avian citizens. We also spotted yellow-breasted, noisy kiskadees, wrens, hummingbirds and a woodpecker with a splash of red on his head. 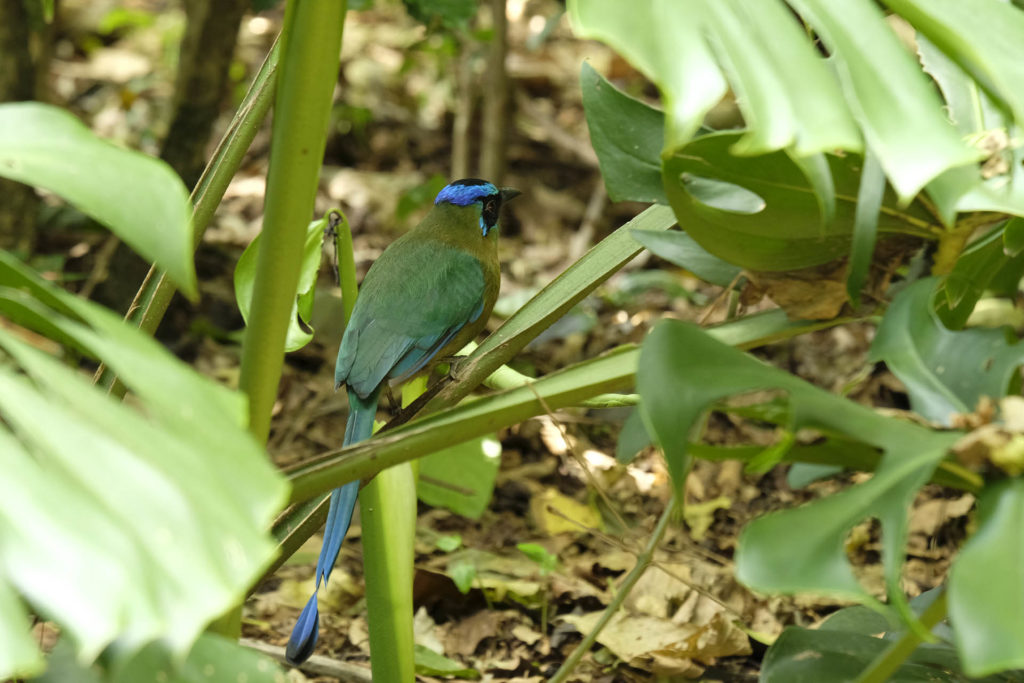 At Finca Rosa Blanca the coffee bushes are allowed to grow slowly, developing more oils and flowers and better tasting beans. A six-foot plant is around nine years old and they have a 45-year lifespan but are pulled up after 25 years. Harvesting is done by hand, with the five full-time staff supplemented at harvest time by 20 extra workers. Each worker picks the red berries by hand, putting them into a basket known as a cajuela. A cajuela is a very specific size – it can hold around 12kg of coffee berries – and the workers are paid about $3 dollars per cajuela, and can earn around $30 a day.

Once picked, the berries are put through a peeling machine that squeezes them to remove the red outer skin (which is put to good use as fertiliser) then the peeled berries are soaked in water for 12 hours to remove the sweet, slimy mucilage, after which they are put on simple mesh drying racks and spend 12 days under the Costa Rican sun until completely dry.

The dried beans, still bearing a parchment-like thin skin, are put in sacks and stored unroasted, looking rather like peanuts. Roasting is done on demand ‘little by little’ to maintain freshness and quality. The beans are put into a sorting machine which separates the whole beans from the broken ones, then put in the roasting machine. This is gas powered and surprisingly small – about the size of an Aga. 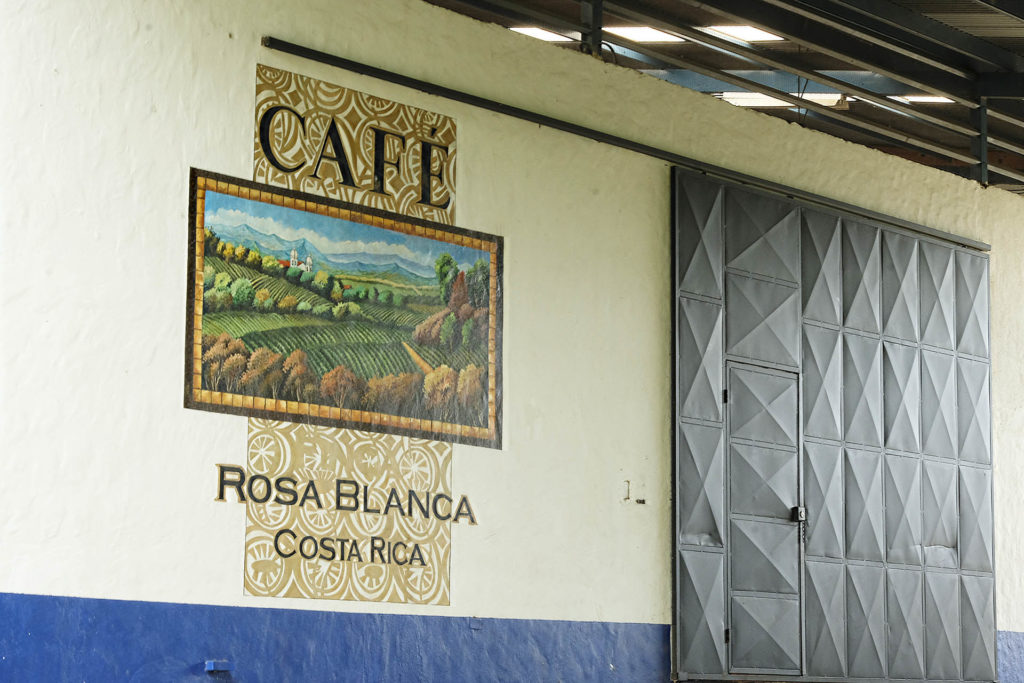 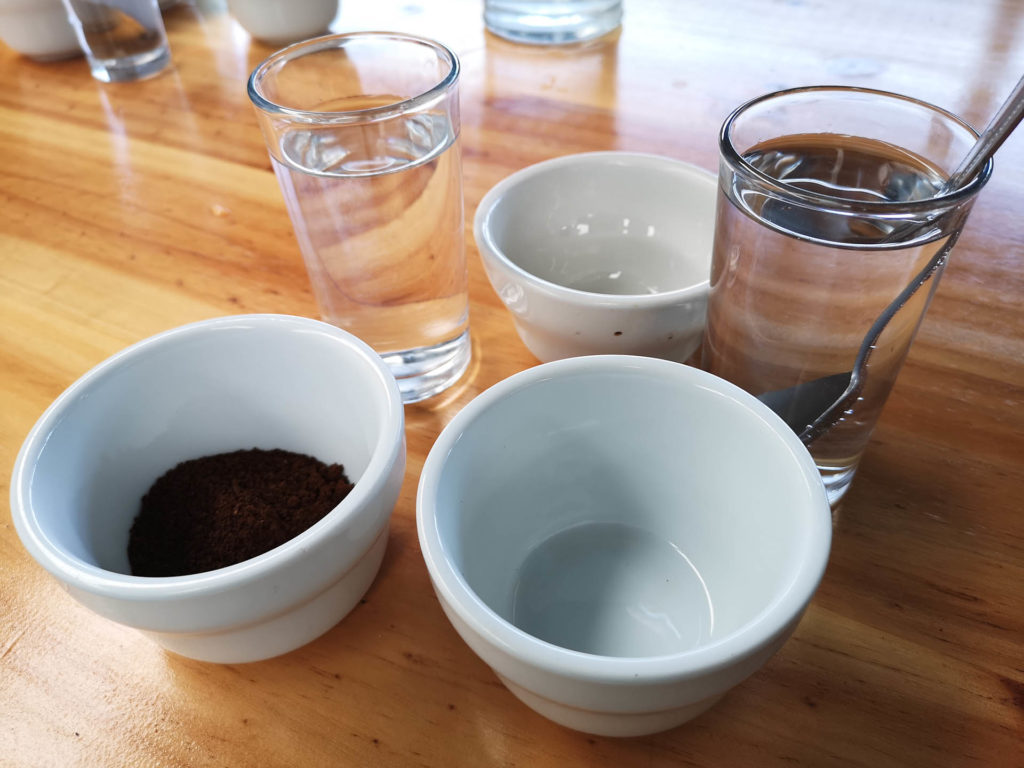 “Roasting is critical to the coffee’s flavour and aroma.” 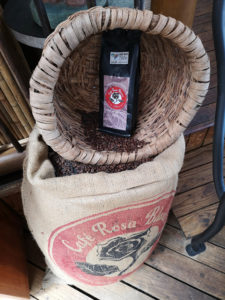 In the small production facility, Ulises ground two different types of beans and put them into little bowls, inviting me to smell them. The lighter roast had a strong aroma of citrus, nuts and vanilla, while the dark roast was more pungent, with definite earthy scents of tobacco, leather, cocoa and walnut.  When not but not boiling water was poured into each bowl the scents reduced significantly, though strengthened again when the brew was stirred. I tasted each one, slurping from a spoon as instructed, and the difference between the two was quite marked – particularly the more bitter aftertaste of the dark roast beans.

After that it was time to wander back through the lovely plantation, and into the Finca Rosa Blanca restaurant, where I sat on the terrace in the warm breeze, watching butterflies and hummingbirds dancing amongst the flowers, and enjoying the freshest coffee I had ever tasted. And a piece of cake, of course.

The hotel is just 30 minutes from San Jose airport and I wholeheartedly recommend it for a wonderfully relaxing end to a memorable holiday in this beautiful country. And the coffee tour? It’s a must! 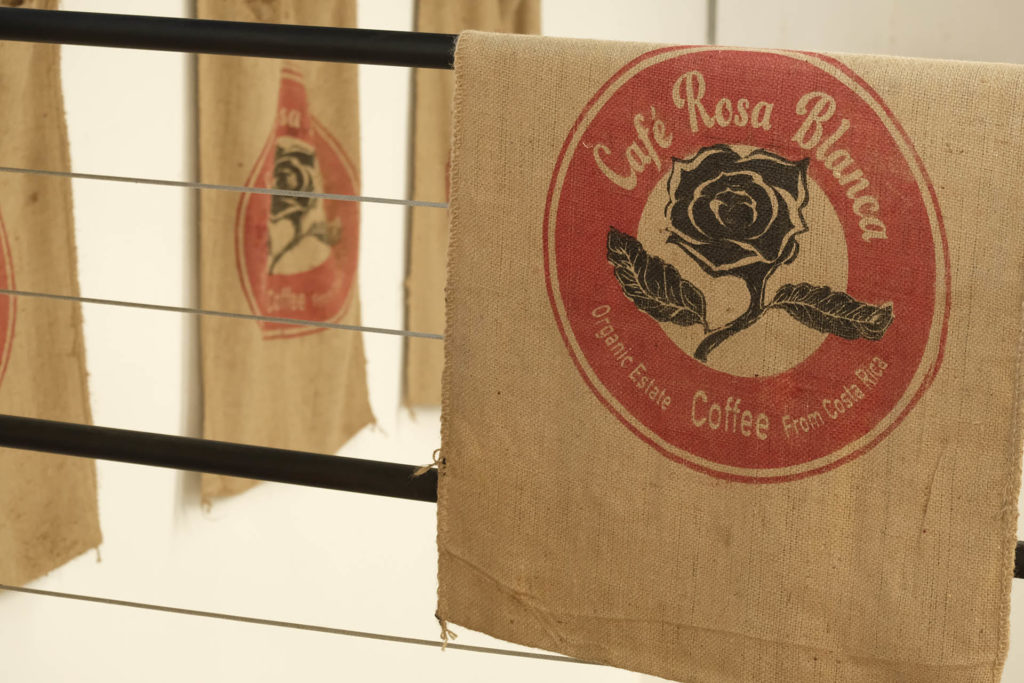 It’s a long walk from the Sacred Valley of the Incas to the ancient citadel at Machu Picchu This famous Inca Trail takes you high above the Urubamba River into the mountains where the air is clear and fresh, though a little thin! And if the altitude doesn’t take your breath away the views certainly will, as you look out from trails with evocative names like Dead Woman’s Pass to the magnificent snow-capped peaks of the Peruvian Andes.

A day on an Amazon cruise

I had been to the Peruvian Amazon a few times, but until recently I’d only ever stayed in a lodge I had expectations that taking a cruise on the Amazon would be a more luxurious and more relaxing experience, with more time sipping pisco sours in the bar and chilling out in the Jacuzzi, but with less time to actually see the wildlife that I go to the Amazon to see.