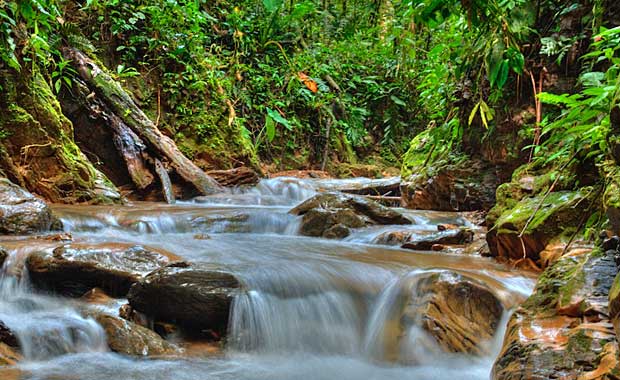 I am in a world of water. It hangs from trees like a thick mossy coat. It tumbles in cascades and floods of rushing streams.  I find it quietly fallen, in drops that capture rainbows like prisms, and raging in sudden torrents of intense rain.  And where this water lands, life explodes upwards. Tangled spirals of glistening diversity erupt in slow motion around me, like the genesis of the earth itself.

These are the cloud forests of northern Ecuador, one of the most biologically diverse habitats on the planet. In this small area alone there are more than 500 individual species of birds – about half the total for all of Europe – thousands of rare orchids, and innumerable varieties of flora and fauna that are found nowhere else on earth.  Life here is so abundant, in fact, that discoveries of new species are still regularly being made: just last summer a furry orange mammal called an olinguito was seen for the first time.

I’d come here to try out a different kind of safari. Instead of spotting big game, I wanted to look at the ecosystem as a whole.  I wanted to peer into the microscopic universe of the forest and discover the inner workings of that near-invisible world. Ecuador is rightly famous for the Galapagos, but most tourists in the rush to see those fabled islands, miss out on this equally magical landscape, right on the doorstep of Quito.  I put my wellies on, met up with local guide David Yunes, and set off into the clouds for a look. 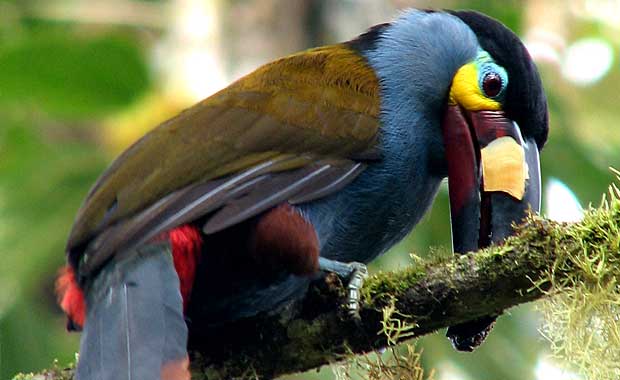 We hiked for two days, spotting endemic toucans, Dracula orchids and giant owl butterflies with snakeskin wings. I heard howler monkeys shake the canopy and held a (baby) tarantula as big as my hand. 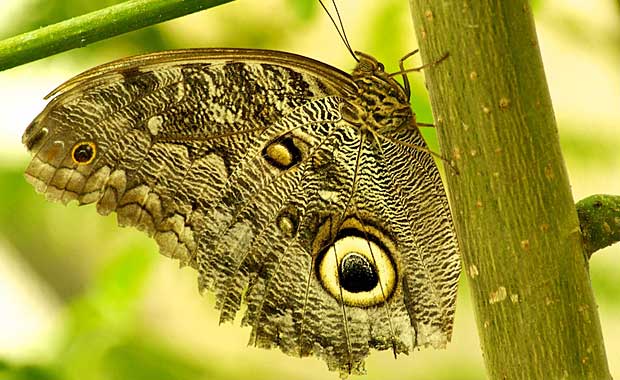 We sipped coffee listening to the tiny drum roll of hummingbird wings, and picnicked beside waterfalls, swinging out on giant tree vines, Tarzan style, above the jungle abyss. 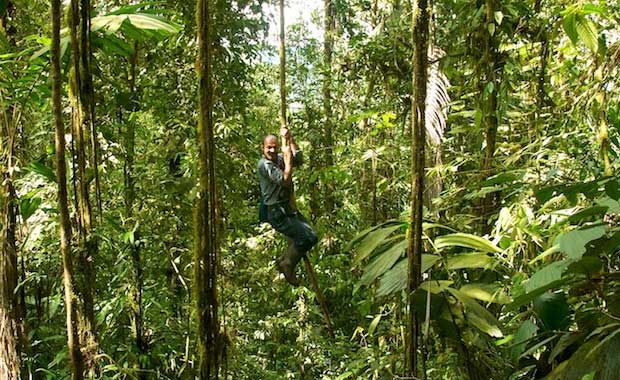 At night we put on head torches and explored the humid darkness, finding stick insects as long as my arm, mushrooms that glow in the dark and a beetle with orange phosphorescent eyes on its back – “just to recognise how incredible this one tiny beetle is,” David says, “makes everything worth it.”  I felt wild, liberated and connected to a world infinitely more amazing, and complex, then I had ever imagined.

On my last morning, in pre-dawn starlight, we cut our way through thick forest to the lek, or mating ground, of the Andean-Cock-of-the-Rock – an endemic bird of the Mindo forest and top of many twitcher’s tick lists. As the forest yawned awake, and colours flooded our shadowed hide, we waited in silence until the patter of brash little feet began stamping branches and squabbling for female attention.  Even between species, some things never change. 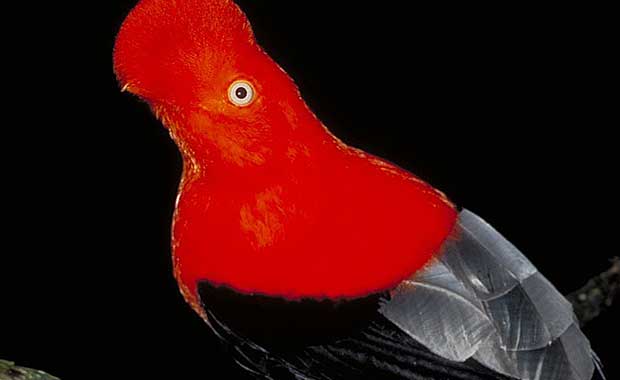 Cock of the Rock
©

Afterwards we climb a hill to a viewpoint high above the forest. Low clouds slipped beneath the canopy as the day faded and the frenzy of coming dusk stirred the forest awake.  What, to me, was previously an undifferentiated expanse of rolling green hills had now become a vast network of connected living entities, each one part of a complex synergy of polyphonic life, and each one dependent on one another.  “Being here is like going back to your origins,” David said.  “It’s easy to feel that everything around you is alive”.  This may be a world of water, but peering beneath the surface left my head in the clouds. 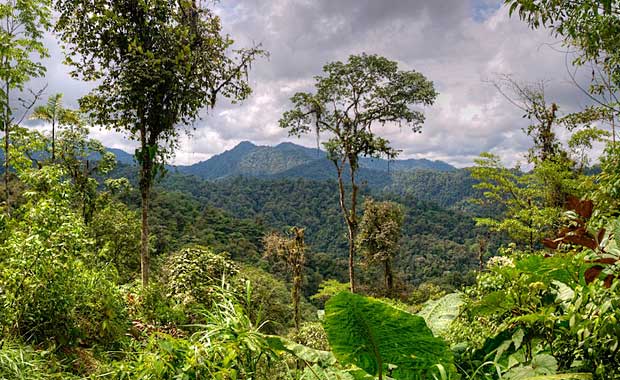 Cloud forest view
©
ABOUT AARON MILLER
Aaron Millar is a freelance journalist specialising in travel. His work has been seen in the Guardian, Financial Times, Independent and more. He is also the travel editor of Positive News, the world’s leading positive newspaper, where authentic sustainable travel is promoted. Aaron writes an interesting blog called thebluedotperspective.com, and he is also an accomplished photographer.
Aaron Miller - Author

Aaron Millar is a freelance journalist and photographer specialising in travel.

One of the greatest wildlife spectacles in east Africa is the annual wildebeest migration The wildebeest herds are constantly searching for fresh grass after the rains, it is almost impossible to predict when and where the best places are to stay.

Who needs a lie-in anyway?!

I have just returned from my first visit to the Galapagos and whenever anybody asks me how it was I struggle to put into words what a truly amazing experience a visit to this destination is.

Homestays can be a wonderful way to get a closer insight into the culture of the place you are visiting when you're on your travels.