Vultures – love them or hate them – we need them

Love them or hate them, vultures are an essential component of the eco-system of the African bush, yet are worryingly in serious decline.

We often see them on safari and they are a great indicator of where we might find lions, as they will hang around a kill waiting for their turn to clean up.

By finishing off the carcasses left by predators and even more importantly those of diseased animals, vultures prevent the spread of life-threatening diseases, which makes them an invaluable component in maintaining the balance. 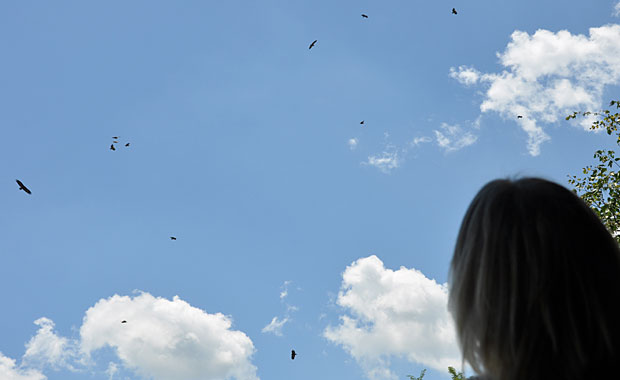 Well that’s the nature lesson over, but to put my conservationist hat on for a moment, it is their decline that is a major concern.  We all need to support vulture conservation efforts such as those at the Moholoholo Wildlife Rehabilitation Centre.

We visit Moholoholo as part of our safaris and also assist them in various conservation initiatives. Our visits are very popular and, often we are lucky to go behind the scenes and see the parts of their operation that aren’t open to the general public. After all that is part of what makes our safaris different.

Moholoholo have a vulture restaurant. No not a themed eating place for us humans, but an area of bush, where they regularly leave meat and old carcasses for vultures to feed on. It’s quite a sight to see hundreds of Vultures and Marabou storks in a feeding frenzy around a carcass.

Each species has its own place in the (excuse the pun) pecking order, taking turns to feed. The Moholoholo team have had some amazing success in rehabilitating (literally) hundreds of Vultures before releasing them back to the wild.

Long may they continue.

What is a mokoro?

I didn’t know either! So, when on my recent trip to Botswana my guide suggested it, I thought I'd better give it a go! When most people are going on safari in Botswana, they think of the traditional 4x4 jeep game drives and boat cruises as a way of seeing the country and wildlife, but if you want to get an authentic and alternative experience on safari, then I would highly recommend a mokoro boat trip on the Okavango Delta.

A family holiday in South Africa

Making friends at Knysna elephant park As a tailor made travel company, we can of course plan almost any trip that you fancy (within our destination list).