Ever heard of Madikwe? - Tribes
Back
Africa

Ever heard of Madikwe?

Probably not, although it’s one of South Africa’s largest and best game reserves, offering an authentic, game-rich safari experience at a very competitive price.

Forget the crowds, the high prices and the over-commercialised destinations that you have heard about this is something very authentic and different. Madikwe is fast becoming for those in the know THE reserve to visit in South Africa. Right on the border of Botswana, it has been responsibly managed and maintained and now provides one of the best big 5 experiences in South Africa. 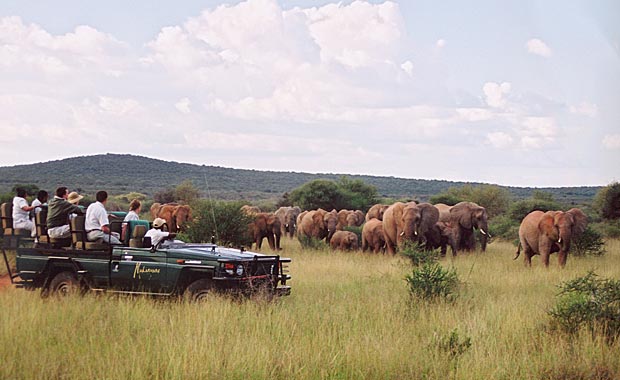 Malaria-Free, convenient and yet off the beaten track, Madikwe is the perfect and responsible choice for honeymoons, romantic breaks and family safaris. Madikwe offers good value, luxury accommodation and access is super easy, just an hour flight form Johannesburg in a light aircraft or an easy 3.5 hour drive on good roads.

Madikwe’s high game density means that long, uneventful and tiring game drives just don’t happen, a two or three hour drive in the morning and again in the evening will provide plenty of adrenaline-charged excitement, leaving the rest of the day open to relax by the swimming pool, indulge in a beauty treatment or, for those who want to get up close and personal with the bush, a guided game walk, an unforgettable experience.

One of the most significant aspects of Madikwe is the widely-varying terrain, providing a backdrop to the rich diversity of plant, bird and animal life. Located on the edge of a very arid Kalahari region, but still receiving relatively high rainfall, Madikwe is unique in that both dry area and moist area plant and animal species are found in the reserve. As an example, it is unusual to find both Springbok (typically an arid species) and Impala (dependant on higher rainfall) flourishing in the same area, as they do in Madikwe. The same can be said for Gemsbok and kudu, also dry and moist area species respectively and also often seen in Madikwe.

The famous “Big 5” are also all here, and here in abundance, as well as cheetah, giraffe and both spotted and brown hyena.  In addition, Madikwe is also the one of the best places in South Africa to watch the elusive and rare wild dog, a fascinating species on the brink of extinction. Energetic, entertaining and with a highly complex social hierarchy, these fearsome predators range widely across the changing landscape of the reserve  in search of prey, providing excellent and unique game viewing. 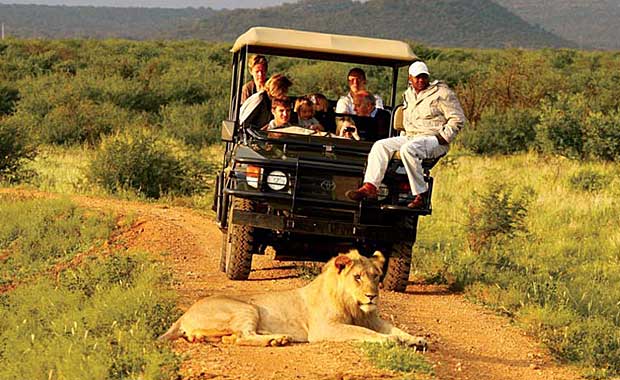 Madikwe Game Reserve is one of Africa’s most successful responsible tourism initiatives. Established in 1991, it is a relatively new reserve developed as a three-way partnership between the South African government, the surrounding local communities and the private sector.  Prior to the formation of the reserve, the region was intensively used for cattle farming and agriculture for many years, resulting in much of the soil being extensively degraded. A land study in the eighties concluded that wildlife-based tourism would be the most economically and environmentally viable form of land use for the region. The primary objective of the Madikwe Game Reserve is to stimulate ecologically sustainable economic activity in the vicinity, thereby benefiting the local communities through employment and business opportunities. A direct result of this objective is the conservation of biodiversity in the area.

In order to establish Madikwe Game Reserve as a premier wildlife destination, an ambitious wildlife reintroduction programme, called Operation Phoenix, was initiated. This project is still the largest game translocation and re-introduction programme to have taken place in the world to date. Over ten thousand animals were relocated into the reserve over a period of just seven years. Twenty seven species, all historically occurring in the area, were released into the reserve. These species include lion, elephant, buffalo, black and white rhino, wild dog, giraffe, zebra and a host of antelope species. In 2014 the animal population is well-established and thriving and the reserve boasts a number of superb lodges, catering to all budgets, to showcase this wonderful area to visitors. 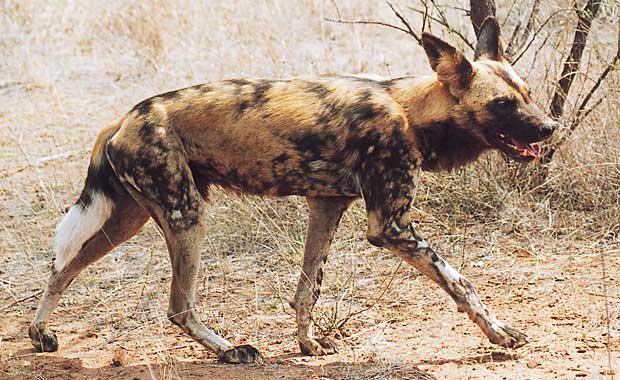 But where would you stay in Madikwe?

I would recommend Makanyane Safari Lodge, a small, intimate lodge who have hit the nail on the head by having the best guides in Madikwe, being located on 1800 hectares of private land, offering plenty of exclusivity and boasting wonderfully luxurious suites that have welcomed the likes of Barbara Bush and Michelle Obama as guests. There is an abundance of “wow factor” in the entire Makanyane experience, this is a lodge with lots of personality and style. Makanyane also has an incredible sleep out hide where, for a night of your stay, if you are able to forego the luxury of your suite, you can sleep outside under the stars and absorb the African wilderness all on your own. Select few places in Africa offer this experience and it is certainly an incredible one, providing the adventurous with their very own “Out of Africa” experience, listening to the surrounding sounds of the bush and embracing the African wilderness under a huge canopy of stars. Surrounded by romantic lanterns and perched safely on a second-storey platform, your bed for the night is unforgettable, one of the most magical experiences ever! 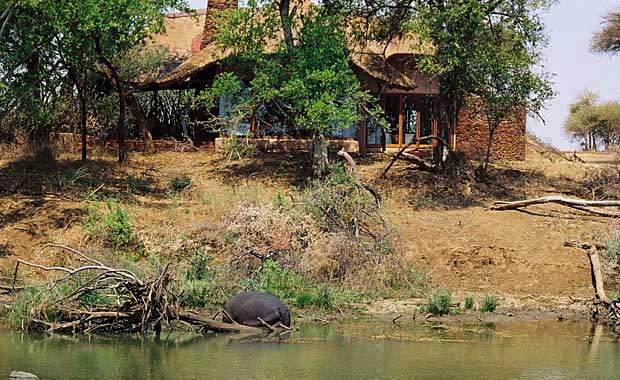 A safari is many people’s life-long dream, and seeing animals in their natural environment is a humbling and hugely exciting experience. Although you may not be lucky enough to see anything quite as dramatic as a lion kill, just seeing a lion up close for the first time will give you memories that last a lifetime! The chances are good that you will find that one safari is not nearly enough and that you will be planning another trip before you know it.

As someone once said to me, the African dust never settles. Somehow it lingers on you, affects you and changes you forever. Wherever you go in Africa, you get the feeling that you will return, you have to return. This is a continent full of diversity, mystery and fascination. You will come back, probably for as many occasions as your budget allows, such is the irresistible draw of Dark Continent. 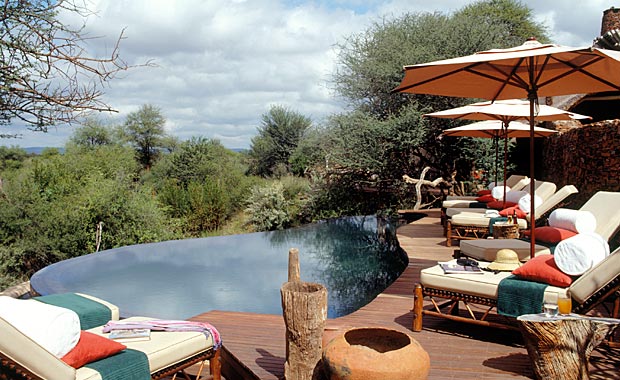 Madikwe Game Reserve and Makanyane Safari Lodge are great choices to start, or even continue your romance with Africa, providing incredible game viewing in an authentic environment. My advice is to do your safari in style, choose the right lodge in the right area rather missing out on the perfect experience!

Tribes specialise in tailor-made itineraries which can combine the wonderful Cape Town, the spectacular Madikwe and even a fabulous beach destination like Mozambique or Mauritius.

Makanyane Safari Lodge is offering 4 nights for the price of 3 all year round, so what are you waiting for…

Sitting round the campfire and swapping tales is one of the highlights of any safari While wildlife is inevitably the major focus of such a trip, a safari will usually also include other memorable events, such as encounters with local people, wonderful walks, amazing landscapes etc.