KwaZulu Natal - An affair to remember - Tribes
Back
Africa

KwaZulu Natal – An affair to remember

Meera Dattani is a journalist with an eye for adventure and a love of travel which brings benefits to communities and wildlife in destinations.
She travelled with Tribes in late 2011 to KwaZulu Natal in South Africa.  She wrote an article about her trip which will be out in the June issue of National Geographic Traveller UK and we’re looking forward to reading that.  In the meantime, this is a shorter blog that Meera sent us about her experiences:

“When I visited northern KwaZulu-Natal last year for National Geographic Traveller magazine on a trip organised by Tribes Travel, I had no idea I was about to embark on a very serious love affair. One so potent that I returned to the region for three months in early 2012. 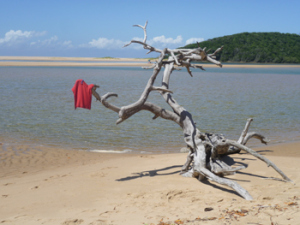 It’s easy to fall in love on your travels, be it a person, a place, a moment in time. I fell for KwaZulu-Natal, the region of the unexpected, where wild bush experiences in Hluhluwe-Imfolozi national park are just kilometres away from the Indian Ocean beaches of iSimangaliso Wetland Park, where Zulu culture is celebrated alongside the modernity of Durban and where I found the real Africa in an ever-changing South Africa.

For three months, my home was family-run Umkhumbi Lodge set in quiet, unspoilt sand forest, three hours north of Durban and an hour north of St Lucia, the start of the iSimangaliso Wetland Park. By day, I worked, wrote and explored until sunset when staff and guests would retreat to the treetop bar to relive the day’s events, silenced only by the dramatic sunsets across the Hluhluwe plains. Later, the night sky in all its starlit glory, squealing bush babies playing on rooftops and nyala antelopes gently thudding past brought home just how pristine the environment around us was. My lodge family, owners Anton and Emma Roberts, their son and staff, fast became my guides, companions and friends. 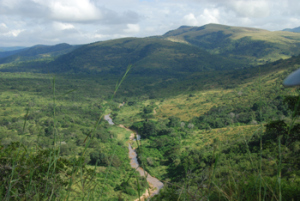 Half an hour away is Hluhluwe-Imfolozi game park, a vast, Big 5 reserve that is all peaks and valleys, a contrast to the flatter, dryer, more arid landscapes of many safari parks. A joy to photograph with its wildlife and views and one of the few places in the world where you can see both black and white rhino, Hluhluwe-Imfolozi has the power to surprise even the most experienced safari-goer with its lush terrain and protected wildlife.

But the heart of my love affair lay in iSimangaliso Wetland Park, a patch of ecosystems which starts from the town of St Lucia, where unspoilt beaches like Cape Vidal take your breath away. The UNESCO-protected park stretches up the coast to Kosi Bay on the Mozambique border where the beach, bay and interlinking lakes are ripe for kayaking, fishing and snorkelling. The Roberts own Amangwane, one of only two accommodations by the gate to the park. Off-grid, solar-powered and with its own generator, Amangwane is rustic bliss – it’s for resting, recharging and reconnecting.

This was just one part of KwaZulu-Natal. The melting pot of Durban, the rolling hills of the Midlands, the majestic Drakensberg mountains and the compelling Zulu-Anglo-Boer war history of the Battlefields regions are other stories for other times.

They say once Zululand bites, you’ve had it – I can’t argue with that. I may be smitten but this love affair is for life and free from heartache. And how many times can you really say that?”

Gombe has a new alpha male

In the primate world, rank is everything Because humans are primates, it’s easy to see how power dynamics and relationships in groups play a massive role in our own societies.

Watching a TV programme set in Zambia’s South Luangwa National Park, I found myself straight back in this most enticing valley.

If you're staying in a lodge or camp outside of the National Parks on your African holiday, you may be given the opportunity to take a walking safari or a nature walk together with an experienced and knowledgeable guide.