Face to face with meerkats in Botswana | Tribes Travel

Back
I have seen photos of people sitting with meerkats before, but I always imagined that you would probably need a lot of time and patience, or just very good luck, to have that kind of experience.

We had about 2 hours left in Botswana. It was our last morning before heading home and this was our only time we had for trying to find the meerkats. Our guide headed off at speed, but then stopped seemingly in the middle of nowhere and said “They’ve gone”.

Rather than seeming deflated though, he turned around and headed off in another direction.  After just 10 minutes, he stopped again. Again we were in the middle of the ‘nowhere’ which the Makgadikgadi Pans does so well.

But this time he looked pleased.  “There they are!”

Sure enough, a family of about 20 meerkats were on their alert, upright best as we slowly approached. There were a few squeaks and a lot of nipping in and out of burrows at first but after about 5 minutes they seemed very calm with our presence.  In fact they were so chilled that the guide said we could sit on their mound and see if they would come close.  No touching them of course, and no quick moves. 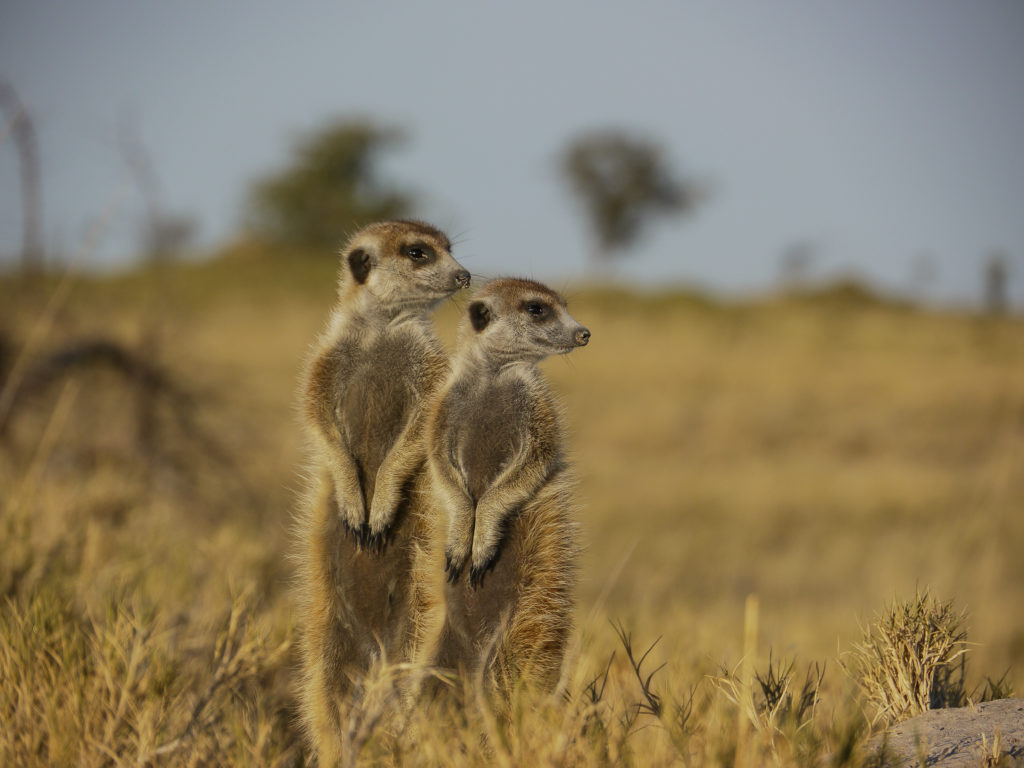 After very few minutes, they totally relaxed in our presence and I found myself being used as a lookout post and being one of the gang on the mound. It was incredible.

I was nose to nose with a meerkat!

There was no doubt about it, coming face-to-face with a meerkat is one of the best experiences I’ve ever had. I couldn’t have asked for a better end to a wonderful 2 weeks in Botswana.

I stayed at Jack’s Camp which is a high end, luxurious tented camp. Its sister camps are also great choices for being a good place to see the meerkats: Camp Kalahari and San Camp.

If you don’t mind travelling a little further, also consider Planet Baobab, or even the gorgeous Meno a Kwena.

A morning encounter with wild dogs

It's 530am and I've had my shower, coffee and fruit muffin, and I'm jumping aboard the 4x4, armed with my camera and binoculars.

Curious Elephants and a Taste of Honey

Last November, I was a very fortunate lady and travelled to Botswana Like everyone who visits new and exciting destinations, there were favourite moments.

We all know cats love fish, but let’s be honest, a fish eating leopard is not the first thing that springs to mind when you are talking about a safari in Botswana, but they do exist and they do eat fish – on occasion.