The month’s interview is with Mike Gerrard, a freelance Travel writer.

Describe yourself in no more than 3 words.
Travel writer.

What real or fictitious tribe would you be a member of?
I love the south-west USA, where I live for half the year, so I’d opt to be a Navajo but it would have to be several generations before the white man turned up.

How and when did the travel bug bite you?
Following on from the previous question, I was an avid reader of cowboy books when I was still at primary school, and always wanted to go to the USA. Instead we used to go to Blackpool or Prestatyn for summer holidays. My first overseas trip was with the school when I was about 12 or 13. We went to Germany, along the Rhine, and I loved it despite spending most of the ferry crossing throwing up in the toilet.

Which piece of your writing are you most proud of?
I hope it doesn’t sound arrogant to say that it’s hard to choose, but I’ve been travel writing a long time and had some fabulous experiences – some of them funny, some incredibly moving. You can’t always capture things in words to your own satisfaction, but sometimes you’re pleased with what you write. I’d like to cheat and have two choices, one of them in Jamaica that was great fun with some amusing moments, and the other, more recent, which was really sobering – touring the war cemeteries around Ypres:
http://www.mikegerrard.net/features/general-features/fatty-fatty-bum-bum/
http://www.huffingtonpost.co.uk/mike-gerrard/flanders-field-poppies-blow_b_4048562.html

Other than home, is there one place which keeps drawing you back?
As I said, I now spend half the year in the USA, in Arizona, and I love the opportunity it gives us to explore the USA. Even if I didn’t have a home there, the USA would keep drawing me back as it’s so vast, with jaw-dropping landscapes ranging from Alaska to the Deep South, the Rockies, deserts, and also great cities like New York, Chicago, Denver and San Francisco.

If you weren’t a travel writer, what would you be?
In my dreams I’d have been a musician, but in reality I would still be a writer, writing fiction or journalism.

Describe the most poignant, funny or scary moment on your travels.
That’s another tough one because there have been so many. Not so many scary ones, though I do remember waking up in a cheap hotel in Yangshuo in China and realising the door to the room was open, and someone was lurking in the shadows. I chased him off but unfortunately he’d already stolen a few hundred dollars from some women in the room next door.
It was also both scary and thrilling to be lying in a tent at about 2am on my first night in Tanzania and hearing lions roaring very close by. I think the experiences that touch me the most are the ones involving wildlife – seeing orang-utans in the wild in Sumatra (even though they pee and shit on you to scare you off), elephant seals in California, whale-watching trips, seeing an osprey take a fish from the water on a bird-watching trip to Menorca. 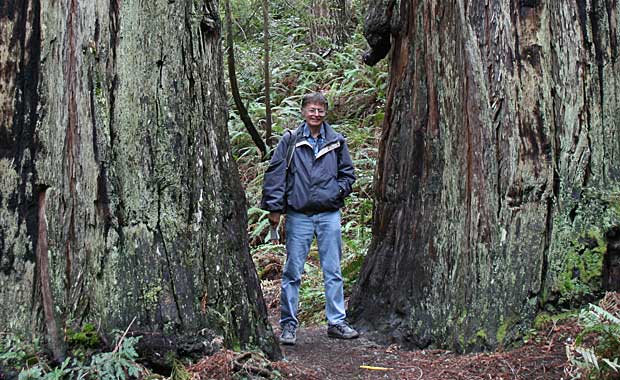 One nervy moment was when we were out walking in the Saguaro National Park near our home in Arizona, when I heard a rattle and looked down to see a rattlesnake sliding along the path a few inches from my foot. It was just warning me that it was there, as it went about its business.

What is the best piece of advice you’ve ever been given?
Just do it.

Do you support a cause?
No one particular cause.

ABOUT MIKE GERRARD
Mike Gerrard is a freelance travel writer. He writes for several travel content websites, and divides his time between homes in Cambridgeshire in the UK and near Tucson in Arizona. You can see some of his work at www.mikegerrard.contently.com, and www.mikegerrard.net. Also he regularly blogs on the Huffington Post Travel site.
Google +: https://plus.google.com/+MikeGerrard/posts
Amanda Marks - Author

This months interview is with Aaron Millar Describe yourself in no more than 3 words. What real or fictitious tribe would you be a member of? The beatnik writers of 1950’s, just because they were so free in their style and had something to say.

To start our new series of interviews with people involved with the travel industry, Tribes is delighted to present an interview with one of the UK's leading writers on responsible and sustainable travel, Catherine Mack.