Not everybody knows that elephants dig caves.  I had heard that this happens so when I got a chance to go to see one such cave, I decided to take the opportunity. 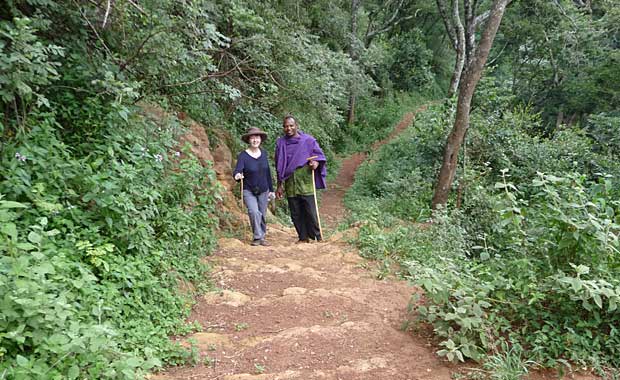 Myself and my guide Honest
©

The cave I went to see is on the outer slopes of the Ngorongoro Crater in northern Tanzania.   The slopes are heavily forested with indigenous trees and shrubs, and very beautiful. On the way we saw a waterfall, which though quite small in the dry season, is apparently very impressive during and shortly after the rains. 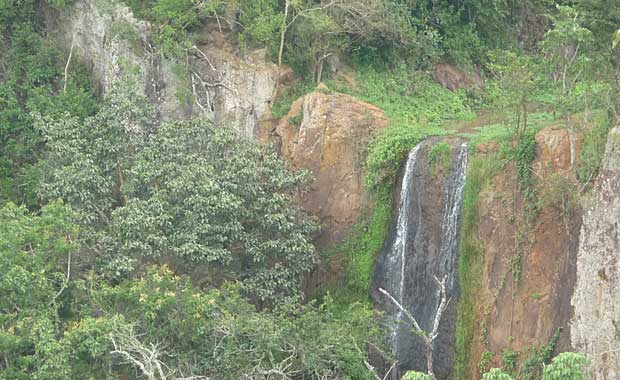 Waterfall on route to elephant caves
©

I had started from my lodge, the excellent Gibbs Farm, with one guide called Honest, but at the entrance to the Ngorongoro Crater Conservation Area, an old man called Mau joined us too. It turned out that this guy started his career in conservation in the Crater in 1960 and he is still involved, having just written a paper all about the importance of bees. What I didn’t learn about the plants on the way to the caves isn’t worth knowing about.  Did you know that if you dig up the roots of the clematis and twist them to get the sap, then smell it, it will definitely cure a headache!

We arrived at the cave (which was elephant-less at the time) and sure enough it was a large-ish area of crater wall into which holes had been dug.  The elephants need the minerals and salts they get from the soil here. 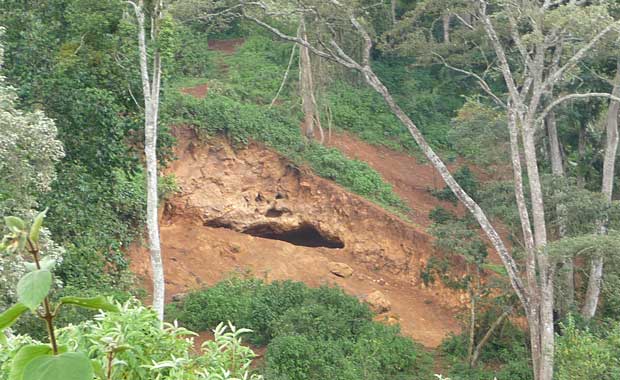 It wasn’t the most exciting thing I have ever seen, but it gave a focus to a really excellent walk of about 2 hours which was really enjoyable.  I would recommend it.

An early wake up call at 5:30 for a quick cuppa and a rusk before me and my guide, Billy, jump in his boat as the sun starts to glint over the horizon.

The Amazon is a great place to go spotting wildlife if you know what you’re looking for or you have a good guide.

I have seen photos of people sitting with meerkats before, but I always imagined that you would probably need a lot of time and patience, or just very good luck, to have that kind of experience.