Gombe has a new alpha male - Tribes
Back
Africa

Gombe has a new alpha male

In the primate world, rank is everything. Because humans are primates, it’s easy to see how power dynamics and relationships in groups play a massive role in our own societies. 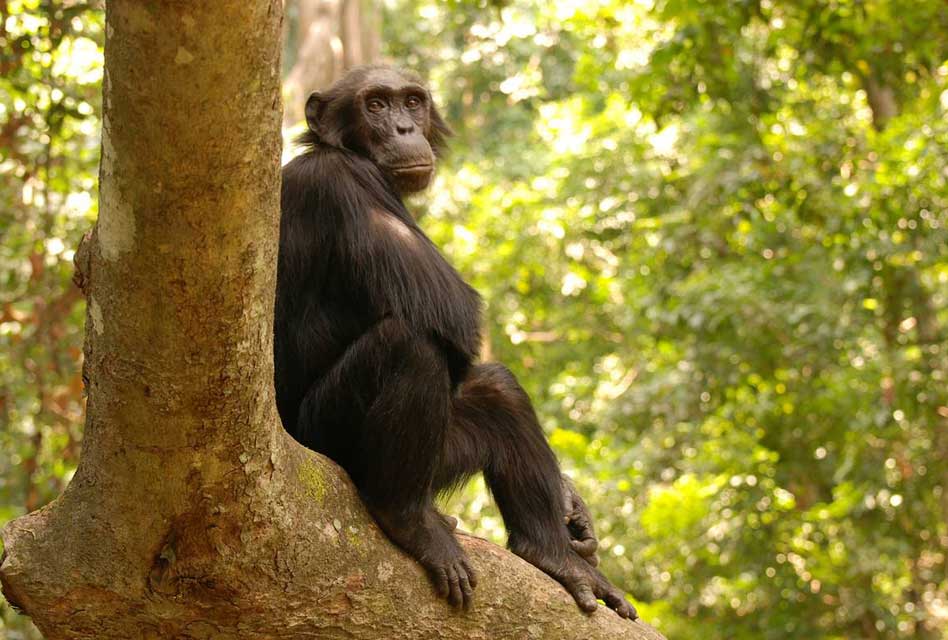 In chimpanzee societies alike, ranking behaviour is also a part of their way of life. The course of history has been changed time and time again by conflict, affecting untold and innumerable outcomes. In the chimpanzee world at Gombe, the events taking place in the name of power may change this group forever.

When it comes to chimpanzees, the fight to be on top is key for access to mates and food. At Gombe National Park, Tanzania, where Jane Goodall first studied wild chimpanzees, this struggle has been displayed many times. In chimpanzee societies, males live in a hierarchy and all adult males dominate females, while females have their own hierarchy. Things that impact your ability to be an alpha or higher or lower on the ladder include age, fitness, aggressiveness, intelligence and what we would consider “leadership” or ability to get others on your side. All of this might sound familiar to anyone who has lived through middle school, a traffic jam, or basically any other human group interaction!

“In the primate world, rank is everything. It is frequently tested but rare that an Alpha is deposed.”

Ferdinand, 24, ironically named for the peace-loving bull, is the alpha male of his group at Gombe. He has maintained his position by intimidation, threats and surprise attacks including biting and marking all his rivals with a tell-tale scar on their backs. A testament to his combative nature, after Ferdinand had deposed the preceding alpha, Kris, he had continued to hound and ambush him. Kris disappeared from the group badly wounded, and was never allowed back into the group. This warrior chimpanzee –Gombe’s alpha male of eight years, Ferdinand –has been toppled from his rank position in a violent challenge by none other than his nephew, the 19-year old male named Fudge.

Although rank is frequently tested in chimpanzee groups, it is very rare that an alpha is toppled.In the last two years, Ferdinand’s aggressive leadership left him few friends within the Kasekela community. In recent months, he has spent time in a subgroup with a few of the females who live in the northern valleys. At the same time, the majority of adults have formed a largerseparate group, further south. However strong a leader, an alpha cannot rule from afar, and from time to time Ferdinand would come back to assert his undoubted prowess and confirm dominance over all. While this worked for a brief period, younger males in the group have been maturing and gaining strength. A storm was brewing.

Ferdinand’s sister Fanni, has two sons: Fudge (19 years) and Fundi (16). These two were prominent in the southern subgroup together with a former alpha-male Sheldon (33 yrs), his brother Samson (19), a timid adult named Zeus (22), and an adolescent, Tom. With an absent alpha and the fire of young blood, the time for a revolution was upon the group.This October, the rift between Ferdinand and the rest came to a head when he made one of his periodic returns to surprise them. Instead of finding compliance and submission, he found that the males were already riled up because they heard him approaching. This once fearsome alpha became the victim of a group attack. 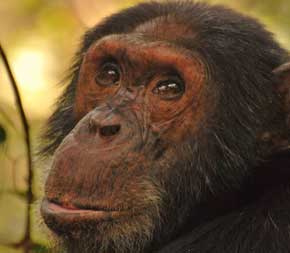 When Ferdinand arrived, displaying confidently into the group, the males all gave pant-hoots (chimpanzee call) and alarm barks, and he quickly ran up a tree for his own safety. Fudge moved up after him, and after a moment’s hesitation (perhaps further aroused by the vocal support from below), Fudge attacked him on the branch. On this branch, they grasped each other, holding in this struggle and biting. Fudge’s brother Fundi also joined the attack, as did their mother Fanni, Ferdinand’s own sister! Her intervention seemed confused, however, perhaps a conflict of loyalty between supporting her brother or her son. Males below were displaying and calling loudly as the battle continued. Eventually, Fudge and Fundi joined the others on the ground, leaving Ferdinand lying on the branch above bleeding heavily. When Ferdinand started to climb down to escape, the other males rushed him and he went back up to the safety of the tree. Males awaiting below moved to the side to create what Jane’s field assistants interpreted as a “trap,” allowing for them to attack him more easily working together. By staying in the tree, Ferdinand limited how many chimps could attack him on the branch, saving himself from further injury.In a quiet moment, Ferdinand made it to the ground undetected and slipped away towards the beach, fleeing to the north and ultimately to a valley where he could not be seen. When Fudge and the others realized and went to the beach to find him, they were too late. The attack was over, and the former king had vanished.

Fudge is a young adult male with unbroken and sharp canine teeth, and his attack left Ferdinand with severe wounds. Ferdinand was very badly hurt: small cuts on his face, his right arm and leg, a central slash-wound on his hindquarters which bled profusely, a deeper puncture-wound on his left rib-cage (on the flank), bad cuts on his left foot, and his left hand had three deep lacerations below the wrist. Although he had managed to run away quickly, once he was in the forest he moved very slowly, often just walking on his hind-legs because he was holding both wrists out in front of him to avoid putting pressure on them. In great pain he moved north and uphill, sleeping on the ground (chimpanzees usually sleep in trees), as he was unable to climb. Ferdinand, defeated and injured, could hear the group calling for days as they moved north and would break into a sprint to get further from his former loyal group, who were now a danger to him.

Over the next days, Ferdinand continued his slow progress to the north, learning to eatand climb again, licking his wounds. Though after the eighth day Ferdinand could not be tracked, field assistants believe he likely went to the valley for water and will continue to recover.All the other males, his rivals, have seen him in full defeat. Ferdinand will never appear invincible again. His confidence, the key asset in any dominance relations, can never be fully restored.

While Ferdinand healed, the group was very active with much displaying and assertions of dominance. Fudge was able to dominate each of the others one-on-one, and he received many submissive approaches with pant-grunts of respect. Although he had some injuries from Ferdinand and was limping slightly at first, Ferdinand’s teeth are worn and blunted with use so Fudge’s skin was hardly pierced and he recovered quickly. His young brother Fundi was completely unscathed. The mighty have fallen, and the mightier have climbed.Fudge is now the alpha-male of the Kasekela community at Gombe as of October 2016! While, we have seen that he can dominate other community members individually, the next question is whether he will be strong enough if the adults gang-up against him. This will truly define the limits of his power. 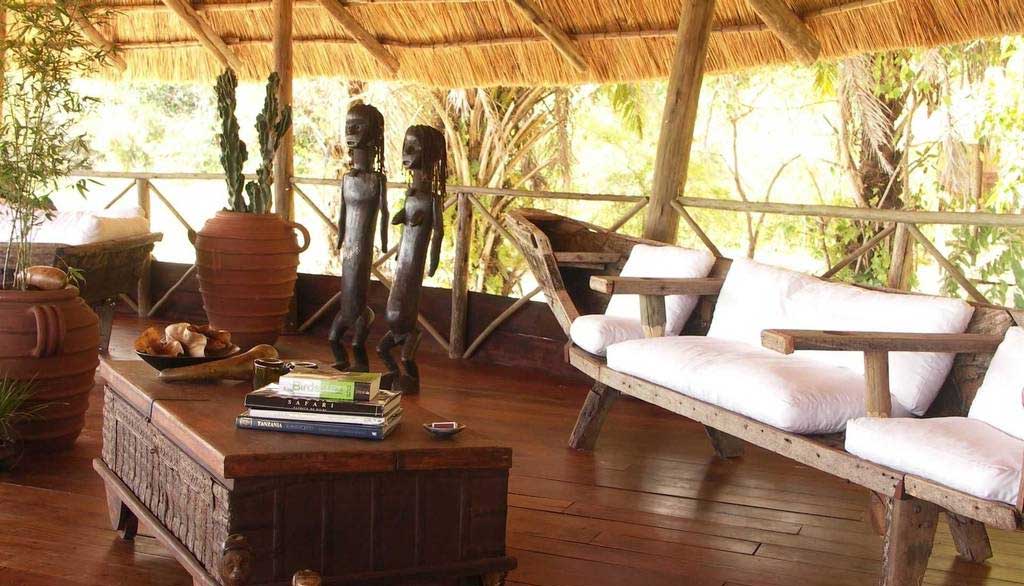 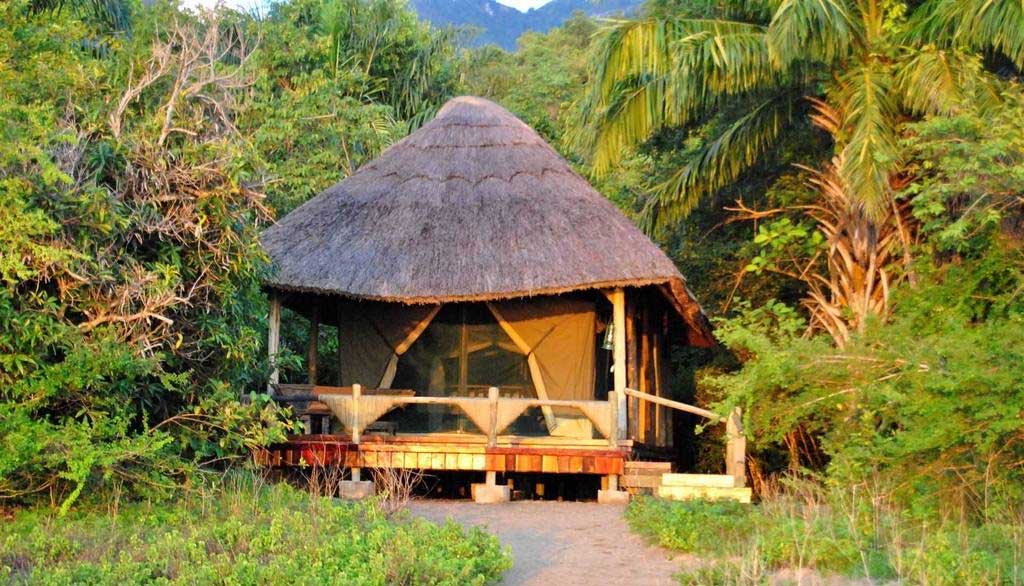 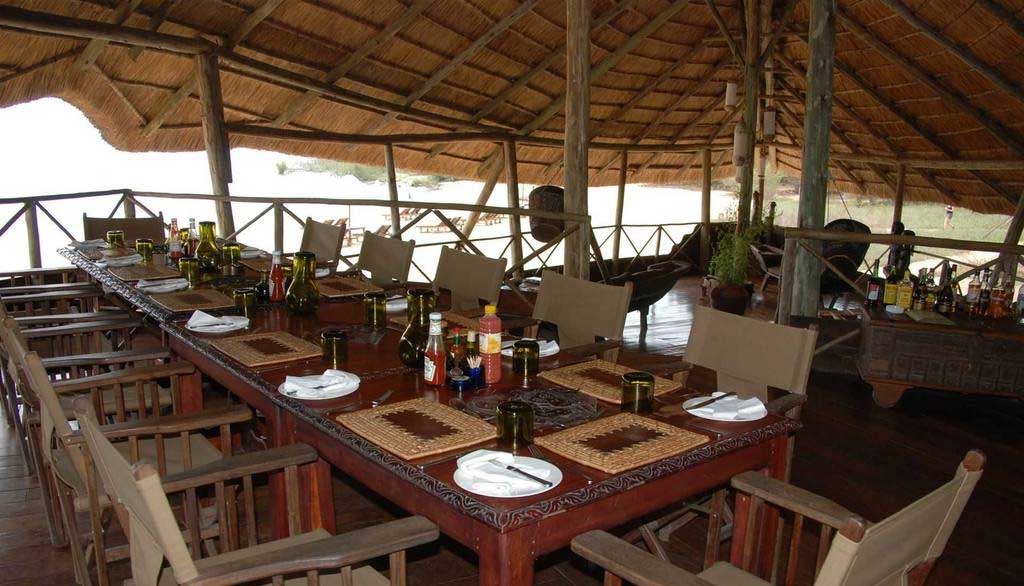 An estimated one thousand chimpanzees roam the lush rainforest spanning a chain of dramatic peaks alongside Lake Tanganyika; Mahale Mountains National Park is a sanctuary for these chimpanzee populations.

Mbali Mbali Mahale sits on a stretch of secluded golden beach, deep in the heart of the African interior. With a dramatic mountain range rising up from behind and crystal clear waters of Lake Tanganyika in front of the lodge, this romantic getaway is the perfect blend of comfort and luxury.

The primary activity in the park is chimpanzee trekking. On a gentle boat safari down the lake you may encounter crocodile, hippo and otter as well as an abundance of birdlife. Test your skills against the local methods of freshwater fishing. Kayaks are available for exploring the lake or you may chose to simply relax on the beach.

In the evening, enjoy a sundowner around a crackling fire whilst the sun slowly dips down over the mountains of the Congo.

Watching a TV programme set in Zambia’s South Luangwa National Park, I found myself straight back in this most enticing valley.

A morning encounter with wild dogs

It's 530am and I've had my shower, coffee and fruit muffin, and I'm jumping aboard the 4x4, armed with my camera and binoculars.