Back
I imagined the ‘Singing Wells’ to be named from some kind of natural phenomenon which caused wells or holes in the ground to make unusual sounds due to the wind.

Not a bit of it!  I couldn’t have been further from the truth.

Up in northern Kenya there is a wonderful safari camp called Sarara Camp.  It is truly in the middle of nowhere, with no other camps in striking distance within a massive conservancy.  The Namunyak Wildlife Conservation Trust is 850,000 acres of wilderness belonging to the Samburu peoples.

But wonderful as the wildlife and wilderness experience is here, this is not the only reason to come here when it is the dry season.  As the rivers dry, and the cattle and wildlife begin to struggle for water in this arid landscape, the Samburu have learned over generations how to find water where there seemingly is none to be found.

Samburu warriors bring their cattle to the dry riverbed.  Here they have dug deep wells to reach the underground water. Naked, the warriors go deep into the wells. They are sometimes 5 or even 8 men deep, and they pass buckets of water from man to man until the water reaches the surface. While they do this, they sing.  The haunting melodies which rise from the earth seem almost unworldly. As a song rises up, the cattle respond by coming to drink when it is ‘their’ song.   When the warriors think that those cattle have drunk their fill, the song changes and another group of cattle come to quench their thirst.  These are the Singing Wells, and Sarara Camp is the only place you can come to experience this.

As an outsider, this is one of the most unbelievable and memorable sights.  You have to commit it to memory as no photos are allowed, but this is not a problem. It’s not something you would forget! 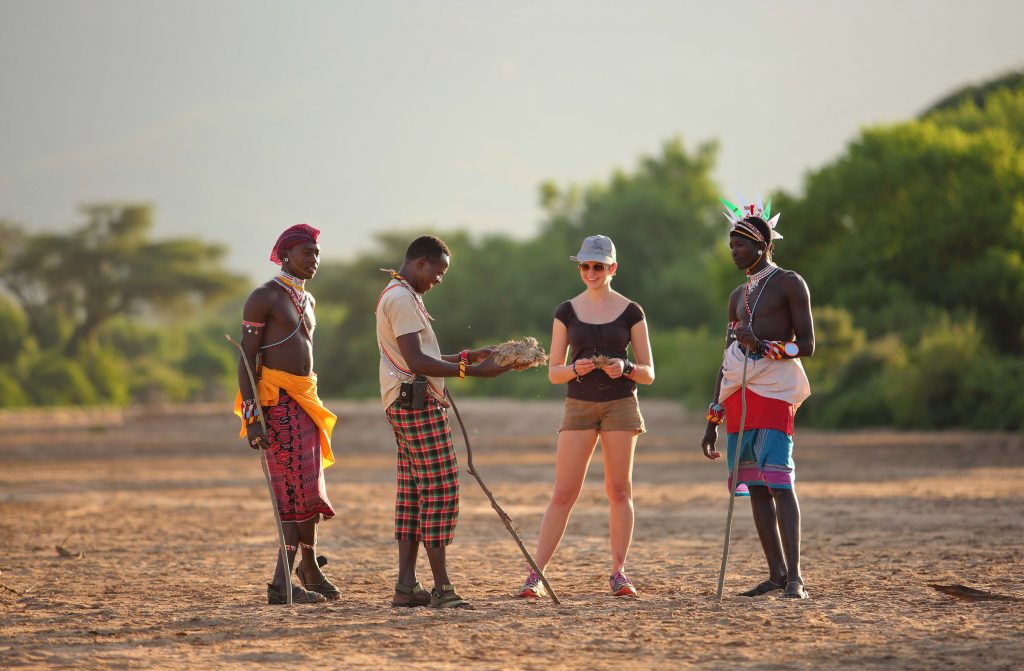 Given that leopards are found in a wider variety of habitats than any other big cat, you'd think finding leopards should be easy.

Go to any downtown market in Quito, Ecuador’s capital city, and you’ll probably notice the stalls belonging to the curanderas.

Saadani is not one of Tanzania’s famous national parks, and many visitors have in fact never heard of it.

At Tribes our consultants have experienced lots of different safaris Here we have selected our top 5 remote African safari destinations.