A blog about South Luangwa, Zambia
Back
Africa

Watching a TV programme set in Zambia’s South Luangwa National Park, I found myself straight back in this most enticing valley. I could smell the fine dust, I sweated under the blanketing heat, I re-lived the breath-catching excitement of being so close to so many magnificent wild creatures, and I beamed at the sheer pleasure that the freedom of the wilderness gives me.

The last time I was in South Luangwa it was the middle of the green season. The river was still full enough to take riverboat safaris whilst avoiding the hippos, and the black skies painted a dramatic backdrop to the sunlit trees and spotlit African fish eagles. It’s almost like being in a different park to when the land is parched and the wildlife is desperate for the rains.

The grasses are high at this time of year so it means that this is not really the time for the walking safaris for which this park is famed, though short walks in some areas closer to camps are sometimes possible. I managed a couple of hour’s walk with a great guide called Victor. We drove to an area which he knew to be quite dry, and with our armed scout we set off into the bush. Walking in the wilderness gives a feeling of exhilaration which you simply can’t find in any other way. You’re part excited and perhaps part scared, you know you’re in the thick of a landscape which you are not really part of and whose rules are not completely clear. You are totally reliant on your guide. Happily, South Luangwa is known for its excellently trained walking guides, so I felt safe.

“Are you comfortable being so close to those elephants?” he said, pointing to a small herd about 300m away. I was. We continued walking roughly in their direction. Then he stopped. A lone bull elephant had decided to walk our way. He was still some way off, so Victor gave me the choice: “Shall we move away?” 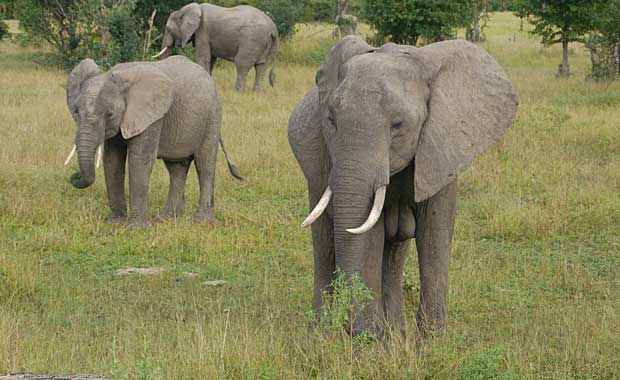 We decided to stay close by a stand of bushy trees. As the elephant passed us he suddenly smelled us as the wind changed direction. His trunk went up and he stopped, looking around. He didn’t seem overly concerned though, and neither did Victor. So I enjoyed the moment – proximity to such a huge wild creature is a privilege and a thrill.

This is what being in the African wilderness is all about for me. It’s not about seeing as many animals as possible, it’s about single moments such as this. It’s moments like that which you remember and which you can bring vividly back to mind again and again. All it takes is a smell, or perhaps a photo, or maybe a really good TV programme.

TELL US ABOUT YOUR ‘SINGLE MEMORABLE MOMENT’ – Where was it? What brings it back to you?

I didn’t really know a great deal about Chiloe before I went to Chile I knew it was the second largest island in South America and that there was a great hotel there, but what I didn’t know is just what a unique place it is, and how different if feels from the rest of Chile.

Tailor-made holidays are all about getting to do what you want, when you want, for as long as you want, and where you want.