Ruaha National Park: A Land of Giants - Tribes
Back
Africa

Tribes’ director, Amanda Marks, explored Ruaha for 2 weeks in June 2018. Staying at or inspecting all of the lodges and camps, game driving throughout all the accessible areas, and talking to the camp owners, managers and guides, she returned with a clear and detailed knowledge of this stunning and relatively little-visited park. 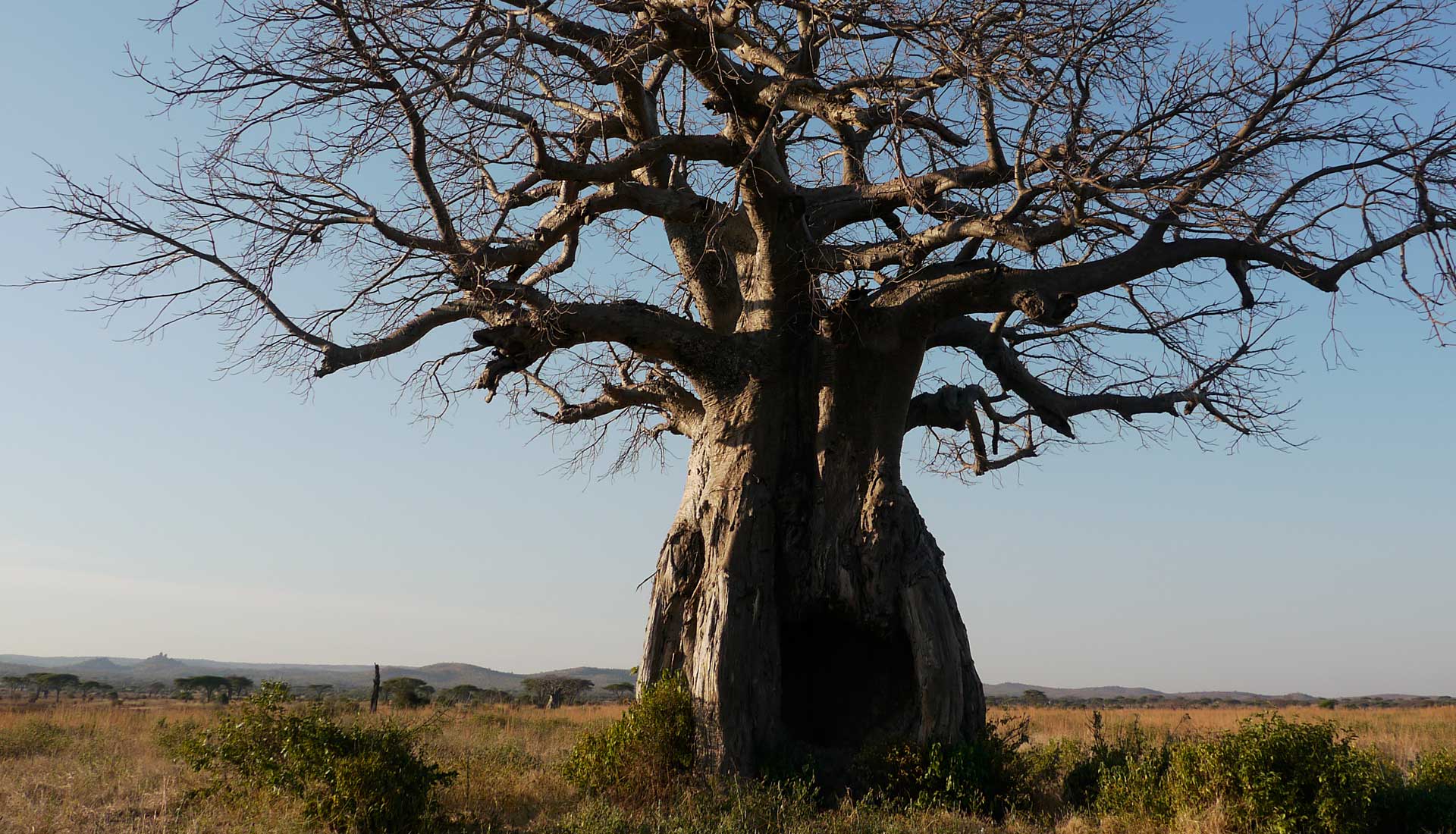 Bare baobab branches are etched onto the clear blue June sky. Messy nests of barbets hang like strange fruits from these ancient grey giants. Their trunks have been ravaged and torn by ivory weapons they cannot defend themselves against. Baobab trees are one of the enduring sights of Ruaha National Park. There are thousands of them. Some have been here a mere hundred years or so, whilst others can easily count well over 1000 years. 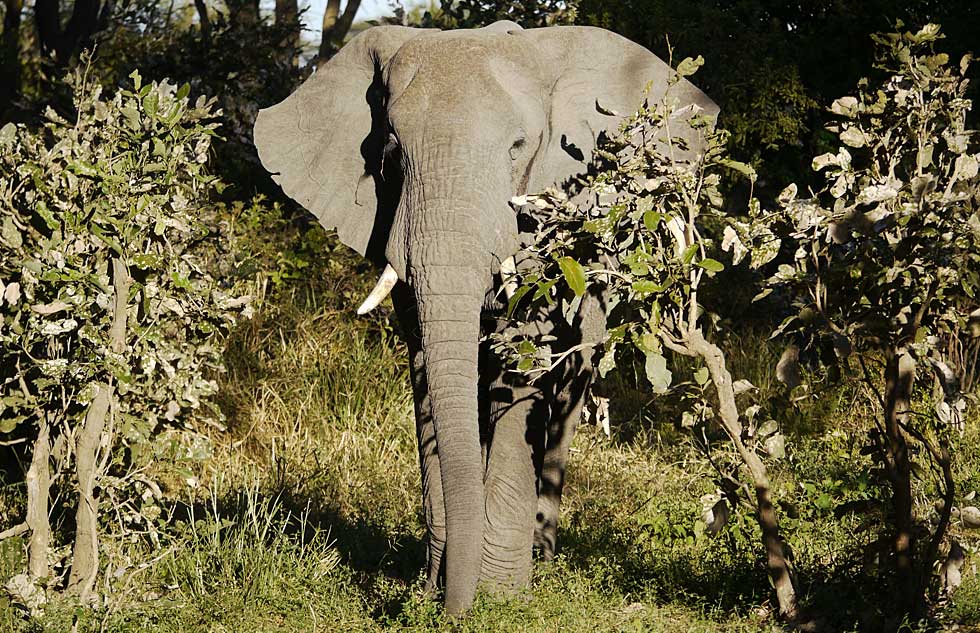 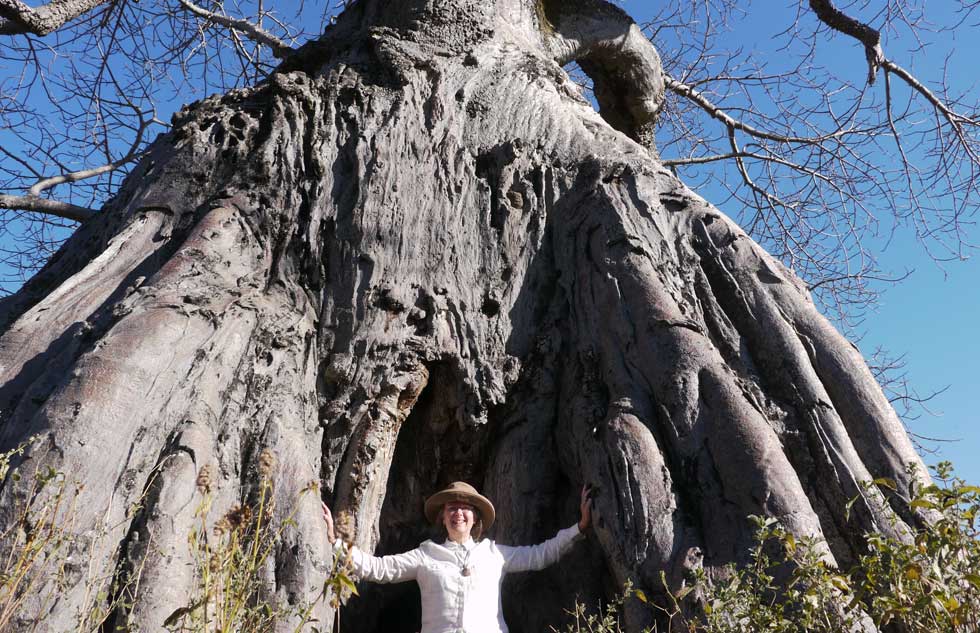 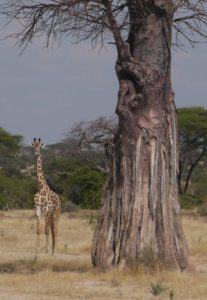 The baobabs’ nemesis is the elephant. Elephants are like the mammalian equivalent of the baobab. Long-lived, huge, with a tough grey hide, they stride – proud and unmissable – through the vast landscape. And they are a very important part of the Ruaha ecosystem. In the dry season (roughly June to November) it is the elephants that dig down to find the groundwater in the sand rivers which run through this mostly arid park. Digging elephants is not only a sight which is synonymous with Ruaha National Park for any dry season visitors, but the small pools that the elephants open up in the parched riverbeds are a lifeline for smaller creatures.

Covering 22,226km2 – think Kenya’s Masai Mara, Tanzania’s Ngorongoro Crater and Tarangire, and Zambia’s South Luangwa parks combined – Ruaha is now Tanzania’s largest national park, and Africa’s second largest, though visitors only access about 15% of this. The dominant vegetations are miombo (found mostly in the west) and combretum and acacia woodland (in the east). Baobabs are dotted throughout the whole park.  The Great Ruaha River is the main water source of the park, and it keeps flowing for much of the year, apart from roughly mid-September for about 3 months, depending on when the rains arrive. Other smaller yet important rivers such as the Jongomero, Mwagusi and Mdonya spent most of their year as sand rivers, flowing only when the rains come, so from about December to March.


Ruaha has an incredible 1650 species of flora (about twice that of Selous), 575 species of birds (out of Tanzania’s 1150, including 2 endemics), and it is also home to 10% of the world’s lion population. Lions are one of the big attractions of Ruaha, and with roughly 17 prides (about 300 individuals) in the areas where visitors can access, you’re going to be very unlucky not to see one of these beautiful big cats. It also has a decent cheetah population, and leopards are also found here too. Adding to the list of carnivores, there are also wild dogs (though not as many nor seen so frequently as in Selous), hyenas (not as commonly seen in the day as in many other parks), jackals, bat-eared foxes, genets, civets …  Their prey is the large population of impalas, plus smaller numbers of Grant’s gazelle, greater and lesser kudu, eland, and even sable and roan in specific areas.

But enough of figures and lists. I fell in love with Ruaha after my trip here in June 2018 – why?

I loved the fact that very few people come here, and that there are only about 9 camps in this vast area. I adored the scenery, especially since I got to see it from a hot air balloon (see my article about this here). I was caught up with the infectious enthusiasm all the guides have for this lesser-known park that they are so proud of. I was just itching to get out and walk this untouched chunk of Africa – and I will. I intend to come back, and one of the things I will do is spend perhaps 4 or 5 days out in the bush, on foot, with some of the best guides in Africa.

Ruaha is indeed a land of giants – baobabs and elephants. But it’s a lot more than that too, and it deserves your attention if you are a lover of Africa, nature and wild spaces.

You can read Amanda’s various blogs from this journey if you’d like to know more, and she’s always happy to chat about Ruaha if you’re considering a safari here. Visit our Tanzania specialist site to find out more about a safari in Tanzania.
Other Ruaha blogs by Amanda include:

At Tribes our consultants have experienced lots of different safaris Here we have selected our top 5 remote African safari destinations.