Amanda Marks, Tribes’ director, was on the inaugural flight of Ruaha Balloon Safaris on 24th June 2018. She gives her first-hand account of this memorable experience.

There is something magical about rising up slowly past treetops at the same time as an orange ball of sun rises up over the horizon. It is even more special when the landscape you’re floating above is some of the most spectacular you could imagine. Miles of savannah plains and acacia and combretum woodlands bounded by an escarpment, with leafless baobabs and ilala palms punctuating the grassy plains, and a river winding through the arid flatlands.  Ruaha National Park leaves you speechless.

I was on Ruaha Balloon Safaris’ inaugural flight, and it was a privilege to be one of the 12 guests onboard. Captain Abeid Soka, a hugely experienced balloon pilot, filled me with confidence as we began our ascent. He judged the skimming of the vast baobab near the launch site with practised ease. I was pleased that I was tied to the floor of the basket with a safety harness – not that I intended jumping out, but it was still a comfort to a slightly nervous passenger.

I have to admit that this is not cheap, however it is one of those things that will be indelibly etched onto my memory for years to come.

The whole experience begins with a very early morning so that you get to the launch site before dawn. You then watch as the balloon is inflated with a hot air blower until it’s expanded enough for the gas burner to be lit, at which point the flames leap into action. The excitement of the awaiting passengers is palpable, and even the sun begins to peep over the treetops to see what’s going on. 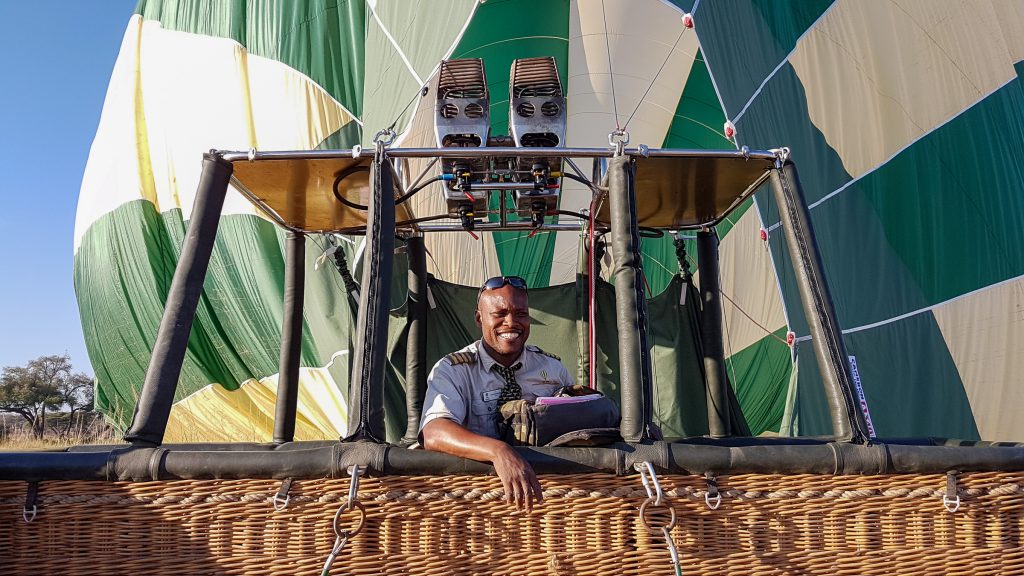 According to the captain, the winds in Ruaha are not generally as strong as those in the Serengeti, so this was a very sedate one-hour flight. Fine by me. As well as the stunning landscape spread beneath our feet, we saw giraffes and hippos, impalas and warthogs. I heard that the guests on the flight the following day saw lions swimming across the Great Ruaha River! 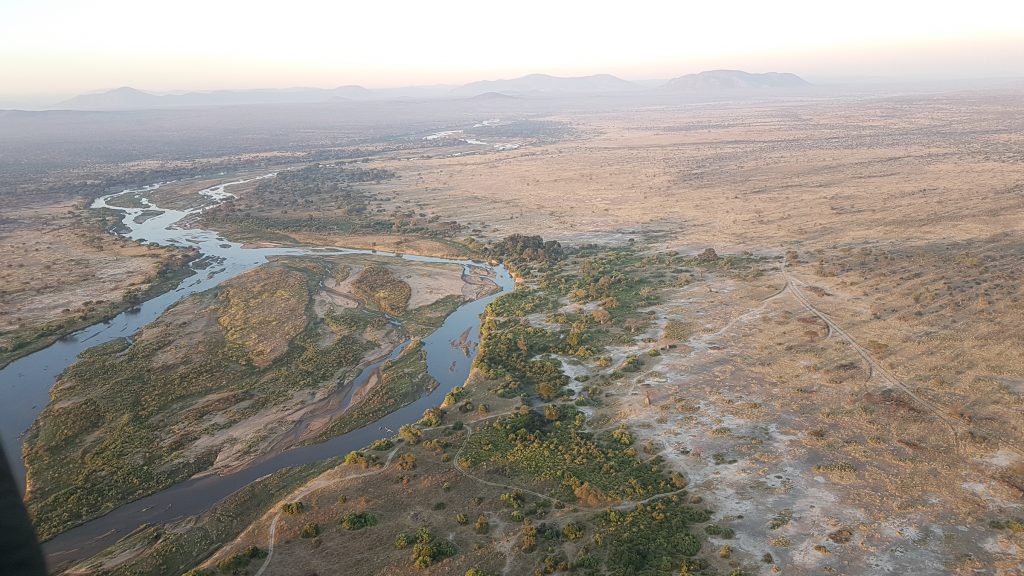 Our landing was as gentle as you could have wished for, and we were greeted by champagne – apparently a tradition in the ballooning fraternity. Then we were all transported to a site next to the Ruaha River for yet more champagne and a full English breakfast out in the bush. Everyone at the long table was smiling widely.

It was just after 9am when our morning ended. We’d seen the vast beauty of this incredible wilderness with the perspective of one of the eagles that we’d been watching for the last few days. Most of us were heading off on a game drive with our respective camp guides, but we set off with a different view (an overview) of Ruaha in our mind’s eye and in our heart.

Read Amanda’s various blogs from this journey. She’s always happy to chat about Ruaha if you’re considering a safari here.
Other Ruaha blogs by Amanda include:

Hanging out with Wild Dogs

Kwando's Lagoon Camp is one of the specific camps in Botswana where you can often see wild dogs  I have had really amazing wild dog sightings here previously and I had high hopes for this visit too, even though we only had about 4 hours to find them.

I arrived at Nairobi airport at 9 pm, tired and frazzled.

Tackling my fears on my first safari

When you’ve always been a beach holiday type of traveller, and you are faced with something completely outside of your comfort zone, you know it is going to be a love it or hate it experience.