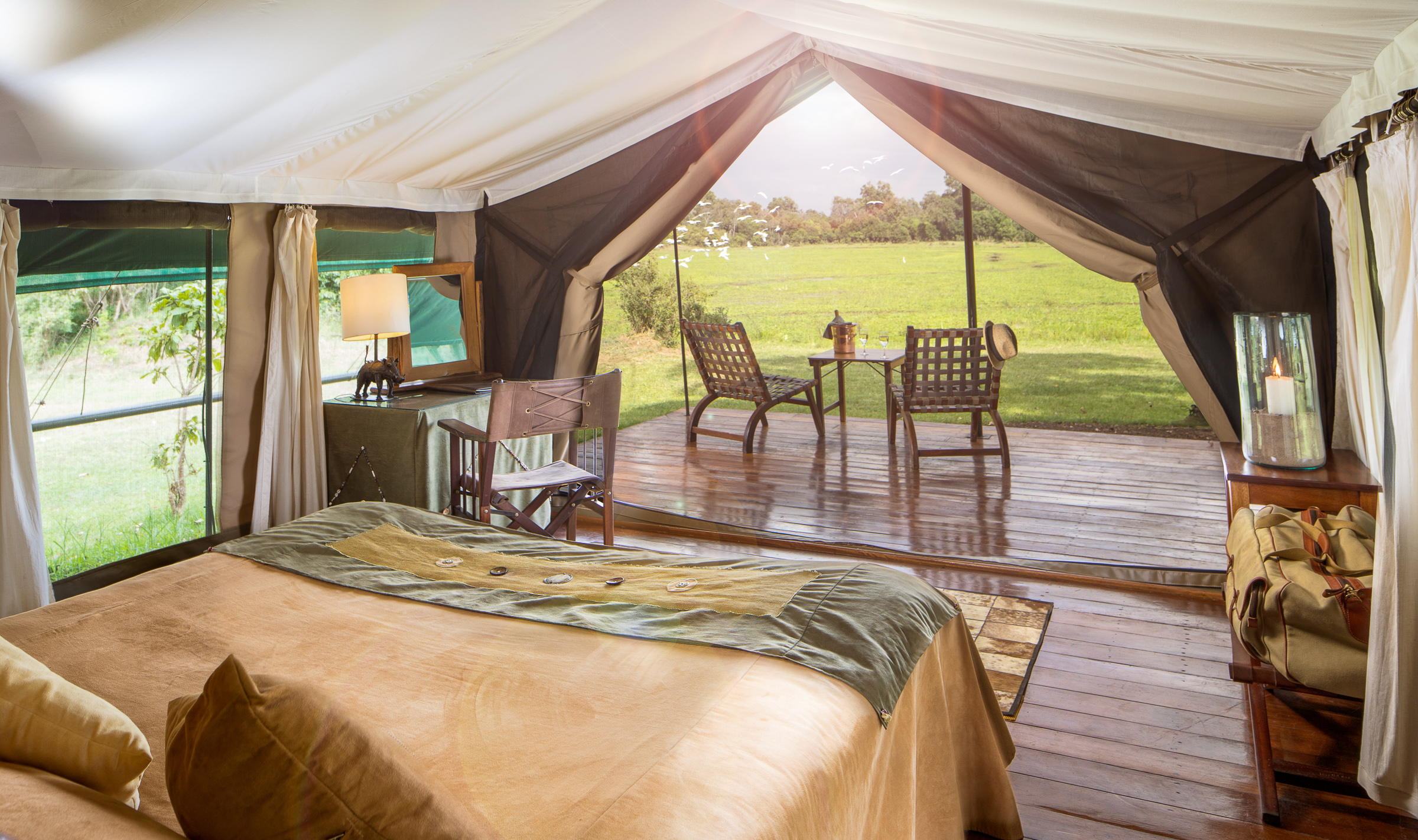 Little Governors Camp is situated at the heart of one of the most game rich areas of the Masai Mara National Reserve. It is set on the Musiara Marshlands, which are watered by the Mara River, the area having traditionally been reserved for Kenya's colonial Governors. The area surrounding Little Governors Camp is home to substantial herds of elephants, hippos and buffalo's whilst also providing a home for the herds of migrating zebra and wildebeest. The nearby plains are the classical image of savannah Africa, dotted with acacia trees and fringed by the inspiring Siria escarpment. It is hardly surprising that Little Governors was the setting for the film 'Out of Africa'.

Little Governors Camp consists of 17 tents spread around the shores of the Musiara waterhole, which acts as the focal point for the site. From the shade of your tent veranda you can relax and enjoy the views as giraffe, elephant, zebra and warthog pass by. During the evening hippos and elephants graze in the grounds of the camp making the Masai Askari (warden) guiding you back to the tent especially comforting. The tents are comfortable and spacious with the shower room being especially well-equipped.

The proximity to the Mara River ensures that the action during the migration season (July-October) is only a short game drive away. Whenever you travel the game viewing will be superb. Not only are grazing animals particularly common in this area but big cat sightings are also particularly prevalent. Indeed, the BBCs 'Big Cat Diary' is filmed here. The bushlands around Rhino Ridge are also good areas for spotting one of the few black rhinos in the Masai Mara. You can also explore on foot with a guided walking safari just outside the reserve.

Start planning your tailor-made holiday now. Tell us what you want, and we will tailor make your perfect trip.

Client Rating for Kenya 5/5 from 58 reviews

Little Governors Camp is well-managed, friendly and comfortable, with decent food and a good location. It is smaller than Governors Main Camp but it's still not small and the tents are quite close together so be prepared to hear your neighbours. For more privacy, consider Governor's Il Moran camp.

Simply by booking with Tribes, you are making a difference. Every booking helps with The Tribes Foundation, the charity we back with admin and funds. Most clients give additional donations which we always put to very good use with one of the wildlife, environmental or social projects we support.