Why take a safari in Kafue National Park?

Kafue is Zambia’s largest national park, and is roughly the size of Wales.  It tends to attract people coming to Zambia for the second time, who want to see a different region with fewer visitors and great diversity of both wildlife and landscape.
Key reasons to visit include:

When to go on safari to Kafue National Park

In general the best time to come to most of Kafue is in the dry season from around May/June to October.

Up in the north in the Busanga region it can still be quite wet early in the dry season, so travel can be more difficult here until late June/early July.  The Busanga Plains are flooded when the Busanga Swamps, fed by the Lufupa River (a tributary of the Kafue), overspill to the Plains. This leaves the Busanga Plains very wet until about early-July. For this reason the Plains are best visited from about mid-July to the end of October.

If hot air ballooning is something you want to experience, this is limited to August to October in Busanga.

A Kafue Safari: How to do it?

You can fly from Lusaka in the high season from July to October three times a week.  It takes 1 hr 15 mins to the airstrip in the central area.  Charters from this airstrip to more outlying camps north and south are available.

If you’re staying in the Wilderness Safaris Camps in Kafue you can also fly in from Livingstone. You can also drive from Lusaka to Kafue.  It is a very good road all the way, indeed this main road bisects the park.  It takes about 5 hours to get to the central area of the park from Lusaka. Kafue makes a good addition to other Zambian reserves such as South Luangwa or Lower Zambezi, and of course can combine with Livingstone too so you can see Victoria Falls.

There are relatively few camps and lodges in Kafue but most of them are good quality.

In the north, Musekese camp and Leopard Lodge are south of the Lufupa airstrip.

In Busanga in the far north are two camps belonging to Wilderness Safaris, Busanga Plains Camp and Shumba Camp, plus Mukambi Plains Camp. 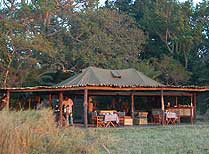 Busanga is a mid-range canvas camp in the heart of the game rich plains area in northern Kafue.

A classic tented camp on a palm island in the game rich Busanga Plains region.

Konkamoya is a small lodge on the shores of Lake Itezhi-Tezhi in Kafue National Park offering game drives, walks and elephant interaction. 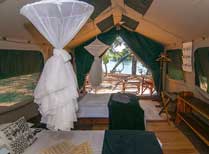 Mayukuyuku Camp is a lovely rustic tented camp on the river bank in central - north Kafue. 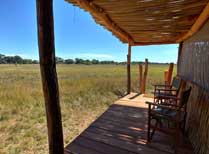 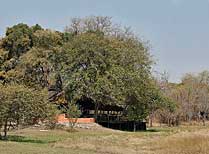 Nanzhila Plains Camp is a luxury small camp on the edge of a lagoon in the far south of Kafue.