Why visit the Skeleton Coast?

The aptly named Skeleton Coast stretches north of Swakopmund.  The strong Benguela current, dense fog and shifting sandbanks make this a particularly dangerous stretch of coastline, which was once known for the numerous shipwrecks that could be seen here, though most of these have now been claimed back by the sea.  Perhaps surprisingly, this area sustains an array of wildlife.  The stunning rock formations, dunes  and plains on this rugged coastline are home to desert-adapted elephant, brown hyena and many more species .
Reasons to visit the Skeleton Coast include:

When to visit the Skeleton Coast.

This coastal region can be visited at any time of year.  The winter months can see some spectacular Atlantic storms and the days often start with fog rolling in from the sea but like much of Namibia, it can be a year round destination.

You can self-drive to the Southern Part of the Skeleton Coast, but if you want to venture north it will have to be done as part of a fly-in safari, and whilst this is expensive, it is a unique experience and you will see some beautiful, desolate, volatile coastline.

Accommodation on the Skeleton Coast.

Places to stay on the Skeleton Coast are few and far between. We really like Hoanib Skeleton Coast Camp, whilst it is not actually on the shore, it really does offer a unique, almost isolated experience of this magnificent, pristine area. 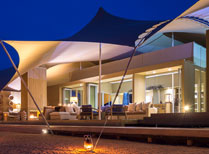 A luxurious camp, isolated, only accessible by light aircraft. Surrounded by lunar landscapes, and a seemingly endless sky. 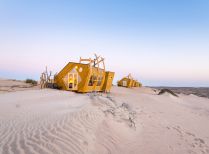 Stay at this unique lodge and experience the desolate, yet captivating Skeleton Coast. 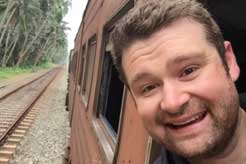 Start planning your tailor-made holiday to Namibia. Tell us what you want, and we will tailor make your perfect trip.
Call: 01473 890499
PLAN MY TRIP

Flights from UK to Windhoek are usually via Johannesburg or Frankfurt and take about 12.5 hours. Windhoek International Airport is 60km from the city centre.

Visas are not required British citizens for stays of up to 90 days.

Malaria is present in Namibia. Certain areas are more high risk. A yellow fever vaccination is required for travellers arriving from countries with risk of yellow fever transmission; this includes transiting through a yellow fever risk country; make sure you have a valid yellow fever certificate with you.