The Huaorani of the Shiripuno River

The Huaorani, once known as Aucas or “warring savages”, are a remote tribe of Amazonian Indians which remained untouched by western civilisation until the end of the 1950’s. Their territory, traditionally, extended from the Napo River in the north down to the Curaray River at the southern border. They number about 1,300 and tend to live in small communities. The remainder of the Huaorani are located in the basins of the Cononaco and Shiripuno rivers.

Until recently, the Huaorani’s reputation for being a ferociously independent group ”“ hostile to outside intrusions and willing to resort to violence to defend their territory - was only equalled by their Shuar neighbours to the south. Of all of Ecuador’s indigenous groups they have remained and still remain the most isolated.

Since the earliest recorded contact with European society in the 1600s, violence and bloodshed have characterised the Huaorani’s relationship with the outside world. Contacts with nineteenth century rubber barons, and twentieth century profiteers in search of oil, have only continued this less than easy relationship. This exposure to white society has not only meant cultural disruption, but also death due to the introduction of diseases to which the Huaorani lack natural immunity. To defend their interests in the face of outside intrusion, they formed the OrganizaciÃ³n de Nacionalidad Huaorani de la Amazonia Ecuatoriana ”“ONHAE ”“in 1990.

We are delighted to be able to offer a really exciting trip to the Huaorani community. The Huaorani rainforest community project offers something completely different from a normal lodge-based jungle trip. You will gain a deep and rewarding appreciation of the rainforest and how man has for centuries been able to live in harmony with his surrounding. You will also gain an understanding of the difficulties now facing this community and the impact that modern development is having on the Amazon rainforest ecosystem and the people alike. 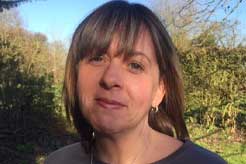 Start planning your tailor-made holiday to Ecuador. Tell us what you want, and we will tailor make your perfect trip.
Call: 01473 890499
PLAN MY TRIP 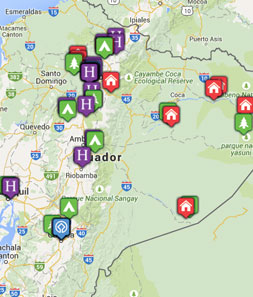 There is an international airport at Quito and at Guayaquil. KLM and Iberia have routes via Europe to both cities. The flying time is about 14 hours. It is also possible to fly via America.

Not required for British travellers. Other nationalities should obtain advice from their embassy.