Mandalay was the last royal capital of Burma, not taken by the British until 1885. It lies north of Bagan on the Irrawaddy River and was immortalised by Rudyard Kipling in his poem of the same name. The novelist, George Orwell was a police officer here for 5 years in the 1920s.

Burma’s second largest city, it is the economic hub of the north. In the last 20 years its ethnic make-up has changed as many Chinese immigrants, mostly from Yunnan Province, have settled here. The city has a bustling market where you can find just about any spice or vegetable you want and is a wonderful place for watching locals trade their produce.

A visit to Mandalay would not be complete without a visit to the well-preserved palace, which is surrounded by a moat. Nearby Mandalay Hill is the best place to take in views of the city, especially impressive seen at sunset. Mandalay Hill is also the site of most of city’s religious sites.

From Mandalay you can take a local boat up the Irrawaddy River to the village of Mingun, famous for its temple and also Hsinphyumae Pagoda with its distinct architecture. Mingun is also well known for being the home to one of the largest ringing bells in the world!

Hotel by the Red Canal

A small hotel in a quiet part of Mandalay with a good restaurant, outdoor pool, spa and four types of rooms. 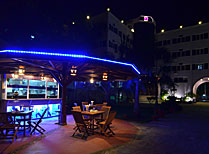 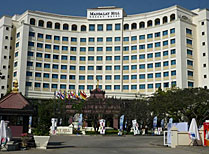 A large hotel in Mandalay with a choice of restaurants, pool, spa and gardens and several types of rooms.

Cruise in air conditioned luxury on this all-suite ship, with spacious social areas, sundeck and pool, spa and exemplary service. 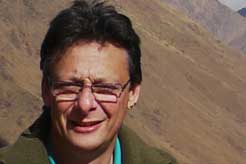 Start planning your tailor-made holiday to Burma. Tell us what you want, and we will tailor make your perfect trip.
Call: 01473 890499
PLAN MY TRIP 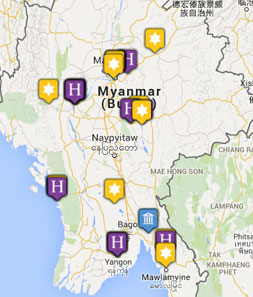 There are no direct flights from the UK to Yangon (Rangoon). The flight time is at least 14 hours.

At least 6 months from the end of your trip, and with plenty of room for entry and exit stamps. A visa is required for British travellers and most nationalities.