Why take a safari in Chobe or Savuti?

The main reason for taking a safari in Chobe is the river. This is the lifeblood attracting Chobe’s famously huge herds of elephants. The park is also home to a prolific and diverse number of other species too, making it a popular destination. This popularity can make it very busy at times, but it’s still worth it.
Savuti is part of Chobe National Park but it is further south in a much more arid area. The dry landscape is quenched by the seasonal and sporadic Savuti Channel and Marsh, making it a highlight for big game and excellent for predators. Both are amazing wildlife destinations.
Here are the main reasons for coming here:

Also see our dedicated website all about Botswana: WWW.BOTSWANASPECIALISTS.CO.UK

When to go on safari to Chobe and Savuti

The best season for safaris in Chobe and Savuti is the dry season, running from roughly May to October, with July to October being the peak months as grasses have died and wildlife is congregating by water sources.
At the start of the rainy season, roughly November, many animals start to give birth, and wildlife disperses more widely throughout the park. Birdlife is especially good in the rainy season (Nov to April) and wild flowers flourish.
December to March are the months you are going to get good green season deals on the lodges, with May (and sometimes June) and November being classed as shoulder season for some lodges, so still cheaper than high season.

Chobe and Savuti safaris: How to do it.

You can come to Chobe and Savuti either on a fly-in lodge safari, or a mobile camping safari, or perhaps even a self-drive safari if you’re feeling adventurous. Light aircraft companies in Botswana fly the short hops between lodges throughout the country. Most Chobe lodges will include a boat safari if you have at least 2 nights, and tend to offer twice daily game drives in the park.
Kasane is the closest airport to Chobe but some more remote lodges, especially in Savuti, have their own airstrips so you can get much closer to them without driving for miles.
Most visitors combine Chobe and/or Savuti with time in the Okavango Delta and often with a few days in nearby Victoria Falls in Zambia or Zimbabwe. It only takes about 2 hours to get from Kasane to the Falls.

Accommodation in Chobe and Savuti

The majority of the Chobe lodges are in or near Kasane. The only lodge within the park itself is Chobe Game Lodge, which we really like even though it’s quite large. There is also a very good tented camp in the park called Chobe Under Canvas, run by luxury operator And Beyond.
It is also worth considering the lodges in the west of Chobe in the Chobe Forest Reserve area ”“ the upmarket Ngoma Safari Lodge is gorgeous, but then we also really like Muchenje Safari Lodge, and the more rustic Chobe Elephant Camp also has its place.
In Savuti, there are some more remote lodges such as Ghoha Hills to the east, as well as the lovely camps of Savuti Camp and Savuti Safari Lodge.

A charming owner-run lodge with river-view and treetop chalets, friendly service and land and water-based safaris in Chobe National Park. 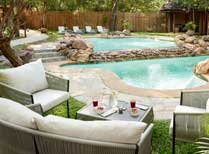 A gorgeous luxury lodge in a secluded position on the edge of Chobe National Park. 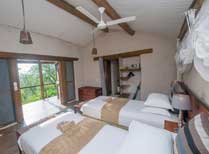 A homely camp set on a high ridge with far-reaching views of the Chobe River and vast floodplains, just minutes from the national park. 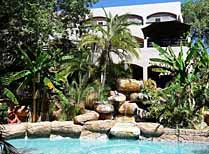 The only luxury lodge in Chobe National Park, with a prime position by the river. 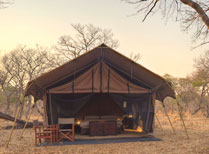 Camping in private sites surrounded by nature, exploring by boat and 4x4, Chobe Under Canvas is an immerseive safari experience. 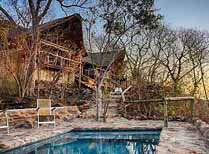 The hillside location overlooking the plains and the superb game viewing make this a popular lodge in Savuti. 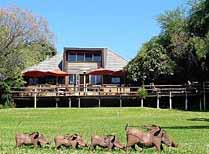 The 11 thatched chalets are in a peaceful riverside location near Chobe National Park, making Kubu an ideal base for wildlife viewing. 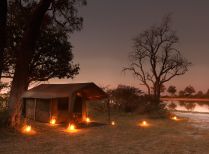 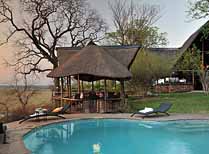 Small lodge offering air conditioned accommodation set on a ridge above the Chobe River and floodplain, with a choice of land and water-based safaris.

A family-owned guesthouse overlooking the Chobe River with a relaxed and friendly vibe.

4 luxury houseboats, the Zambezi Queen and 3 Chobe Princesses, with en-suite cabins and ample indoor and deck space for relaxation.

Start planning your tailor-made holiday to Botswana. Tell us what you want, and we will tailor make your perfect trip.
Call: 01473 890499
PLAN MY TRIP

Overnight flights to Johannesburg then connections to Maun, total flying time about 13 hours.

There are no compulsory vaccinations, except yellow fever if you are coming from an infected area. Malaria prophylactics are recommended in the north.