UK: 01473 890499
You are here: HomeBoliviaPlaces to GoSucre And Potosi
HOMEDESTINATIONSHOLIDAY TYPESEXPERIENCESTRAVEL + PROTECTREVIEWSCONTACT US
MENU
Bolivia holiday ideas accommodation places to go when to visit bolivia map

Why visit La Sucre and Potosi?

These two cities are both gateways to the Uyuni Salt Flats, but are also well worth visiting as destinations in themselves. Both have important historical and cultural heritages.
Reasons to visit Sucre and Potosi include:

When to go to Sucre and Potosi

Sucre and Potosi can be visited year-round. The dry season (winter) is April to September when days are usually sunny and clear, and this is generally considered the be the best time to visit. The rainy season (summer) is from October to March, with rainfall peaking in January. Weather conditions vary from day to day during this season, with sunny days interspersed with cloudy and foggy days, plus spells of rain. 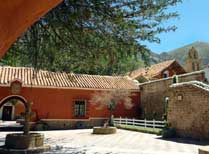 A 16th hacienda full of original objects and artworks offering comfy accommodation and bags of character just 30 minutes from Potosi. 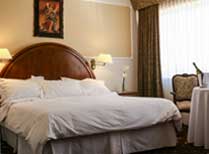 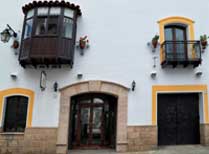 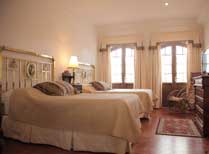 An atmospheric 18th mansion in the heart of the old city, with charming rooms and suites, a vaulted restaurant and attractive roof terrace. 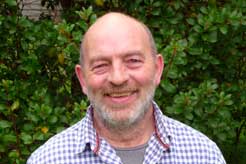 Start planning your tailor-made holiday to Bolivia. Tell us what you want, and we will tailor make your perfect trip.
Call: 01473 890499
PLAN MY TRIP 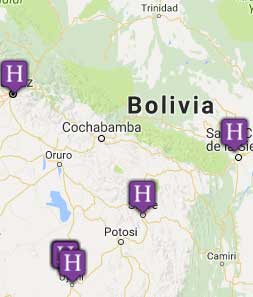 approximately 21.5 hours (no direct flights from the UK)

Yellow Fever vaccine should be given to travellers 9 months of age and upwards if travelling to areas below 2,300m east of the Andes Mountains. These areas include the whole departments of Beni, Pando and Santa Cruz, and parts of the Chuquisaca, Cochabamba, La Paz and Tarija departments. No other vaccinations are compulsory.