To get to the end of the world!
Ushuaia is the capital of Tierra del Fuego, and the southernmost city in the world. It faces the Beagle Channel and is surrounded by the Martial Glacier mountain range. The city was founded in 1884, but the region had been inhabited by indigenous people for thousands of years.
Most visitors today use the city as a base for exploring the area which includes Tierra del Fuego National Park. It is also a gateway to Patagonia and the starting and end point for cruises in Patagonia and down to Antarctica. The town itself has the usual collection of handicraft shops, restaurants and cafes, plus a busy waterfront area. Reasons to visit Ushuaia include:

When to visit Ushuaia

Ushuaia can be visited year round but most people prefer to go from October to April. These months are warmer than the winter, and it rains rather than snows. This makes the conditions for hiking and cruising easier. The Patagonia cruise season lasts from September to April, while Antarctic cruises have a shorter season, November to March. Wildlife in Tierra del Fuego including sea lions, whales, penguins and seabirds tends to be more active in summer. The ski season lasts from mid-June to mid-September.

You can find all kinds of accommodation in Ushuaia, from cheap and cheerful hostels to smart hotels such as Hotel Los Cauquenes in a prime position overlooking the Beagle Channel, and everything in between.

Start planning your tailor-made holiday to Argentina. Tell us what you want, and we will tailor make your perfect trip.
Call: 01473 890499
PLAN MY TRIP 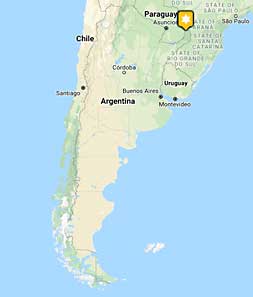 Flight time approximately 14 hours from London to Buenos Aires on a direct flight, and around 16 hours via Europe.